Images that were taken by investigators inside Prince’s Paisley Park compound following his death revealed that the singer had a number of photos in his office of family members and friends.

The biggest of those pictures belonged to a young Yara Shahidi, with the Blackish star’s childhood headshot framed and autographed with the message: ‘To Mr. Prince’ and a drawing of a heart followed by her first name.

She was seven at the time.

A little over ten years later, she has found herself back at Paisley Park for the first time since Prince’s death, who was a close family friend up until his death.

Shahadi, 18, spent a large chunk of her early years with Prince in his Minnesota home thanks to her father’s job as the singer’s official photographer for 20 years.

Afshin Shahidi began working with Prince in 1993 and stayed with the singer until 2004, when he moved his family to California. 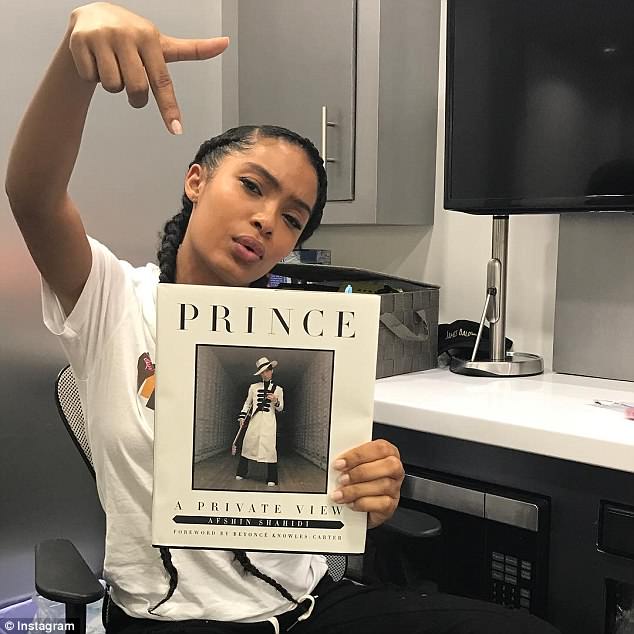 Shahidi, 18, revealed in an interview with Vogue that she was close to the singer because her father spent 20 years working as his official photographer

In a feature for Vogue, the actress reveals what it was like to grow up around the icon and family friend while wandering through the singer’s massive compound.

‘I have these memories of going to London, to Hawaii, and of going to the stadium and dancing,’ explains Shahadi.

‘He was such a piece of my life that I didn’t question it.’

At one point during her tour of the residence she even comes across the photo of herself that Prince had in his office.

‘Being allowed to be here is very special,’ Afshin told his daughter about the master bedroom in Paisley Park recalls Shahadi.

‘This was the private sanctum.’

Shahadi also credits Prince with helping her achieve her dreams by ‘giving her parents platform to succeed’ that ‘established a new base reality.’

That is not the only impact Prince had on her life either, with Shahadi also revealing that purple was her favorite color throughout her childhood years.

Her time with the singer was cut short however by his death two years ago at the age of 57. 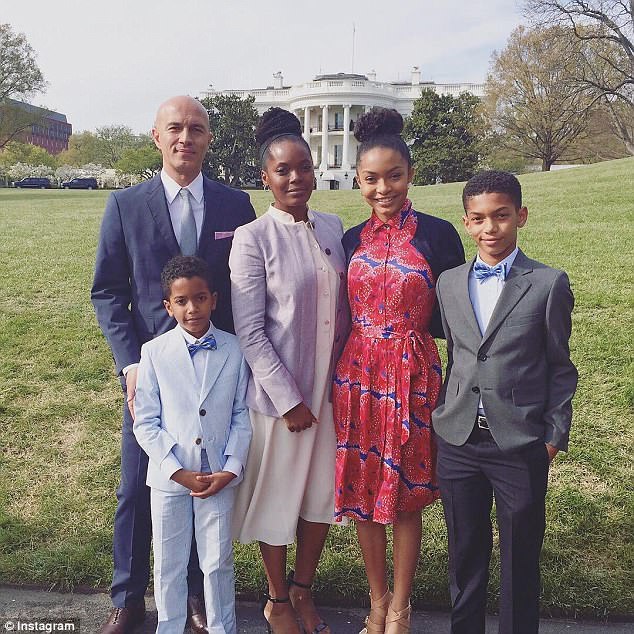 Afshin Shahidi began working with Prince in 1993 and stayed with the singer until 2004, when he moved his family to California

It was announced on Thursday that no criminal charges would be filed in the death of Prince, two years after he lost his life following a fatal overdose.

Officials announced on Thursday that their investigation into the singer’s death was not able to conclusively determine who had supplied Prince with the fentanyl-laced pills that resulted in his fatal overdose.

The investigation did reveal however that Prince himself had no idea the pills contained Fentanyl, with officials stating that the singer thought he was taking Vicodin in the days and weeks leading up to his death.

This would suggest that neither Prince or those close to him knew that he was addicted to Fentanyl at the time of his death.

Prince died of a self-administered Fentanyl overdose according to an autopsy report released by the Midwest Medical Examiner’s Office.

The 57-year-old singer’s death was ruled an accident, and the only listed cause on the medical examiner’s report was ‘Fentanyl toxicity’.

It is unclear if that autopsy report will be edited in the wake of this new information.