Average price for detached home increases by £24,000 since start of lockdown

The average price of a detached house has increased by more than £24,000 since the start of lockdown, analysis has found.

Experts believe this ‘mini-boom’ in the housing market has been driven by a surge in demand for spacious properties in the wake of the coronavirus lockdown, which saw Britons spend much more time indoors.

The price of a typical detached home in the UK increased by 5.3 per cent or £24,137 between March and September, Halifax’s research in partnership with IHS Markit found.

This took the average price of a detached home to £477,098 in September.

Over the same period, the average price of a flat has increased at less than half this rate, at 2.5 per cent.

The average house price for a detached home has increased by £24,000 since the start of lockdown to hit £477,098, analysis has found. Pictured: A detached home for sale for £475,000 in Liskeard, Cornwall 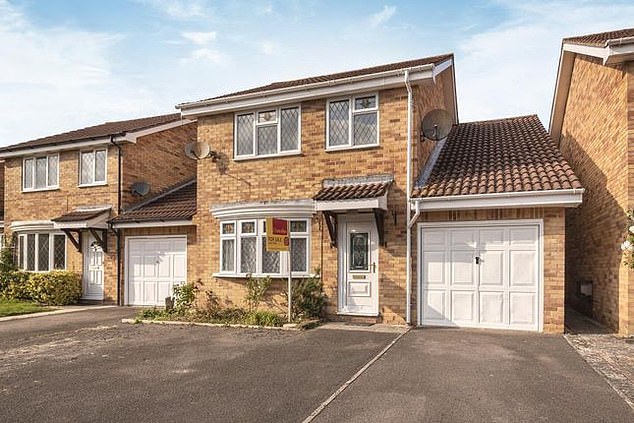 The price of a typical detached home in the UK increased by 5.3 per cent or £24,137 between March and September, Halifax’s research in partnership with IHS Markit found. Pictured: A home for sale in Oxford

The most significant price change for a detached home was seen in the North West and Yorkshire and the Humber, with an increase of more than six per cent.

In contrast, price increases have been less notable in the South East and Greater London, with price inflation for the largest properties in these areas likely tempered in part by the stamp duty holiday threshold of £500,000.

After detached homes, semi-detached houses have seen the next biggest jump in value, with a four per cent or £10,955 increase taking the average price to £286,861 in September. 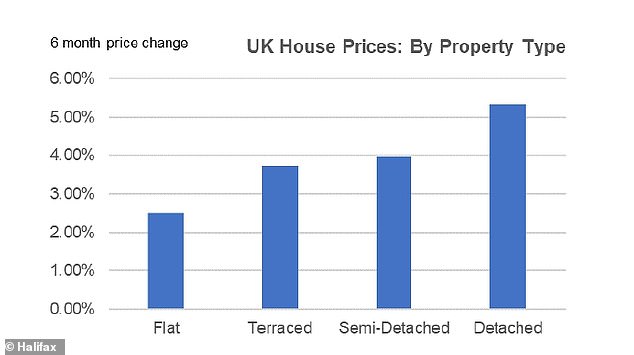 Analysis, based on data from the Halifax House Price Index and conducted in partnership with IHS Markit, found that the cost of the largest types of properties in the UK has risen at more than twice the rate than for the smallest homes 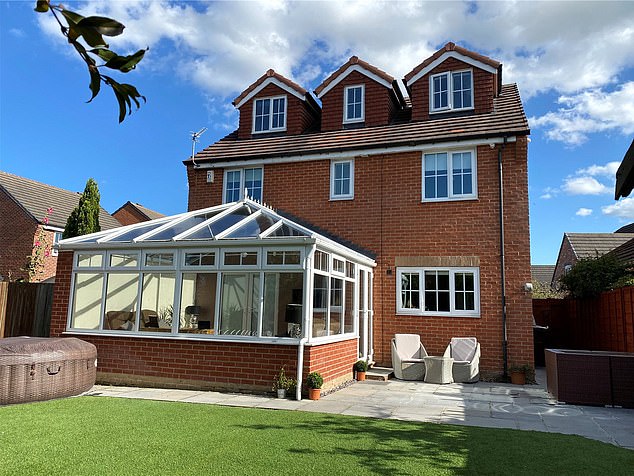 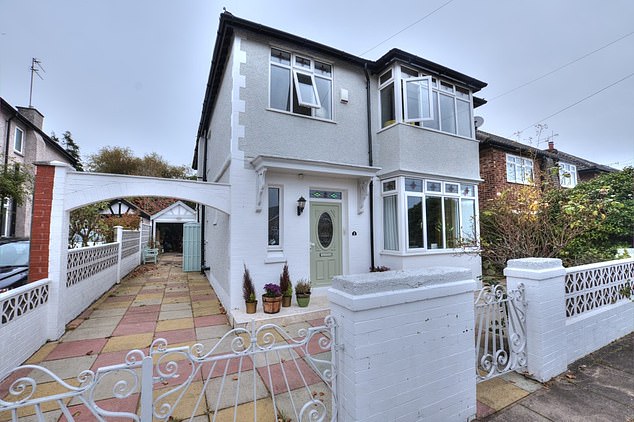 Pictured: A four-bedroom detached property for sale for £475,000 in Liverpool

For those buyers moving between houses, prices have typically increased by four per cent or £11,615 between March and September.

Russell Galley, managing director, Halifax, said: ‘We’ve seen a fundamental shift in demand from buyers as a result of increased home working and a desire for more space. 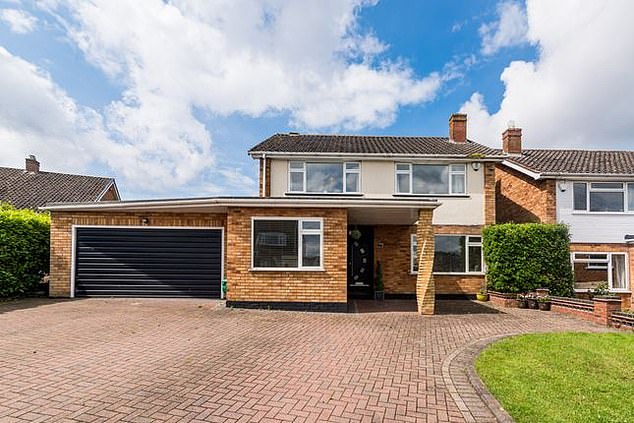 Pictured: A four-bedroom property for sale for £475,000 in Sutton Coldfield, West Midlands 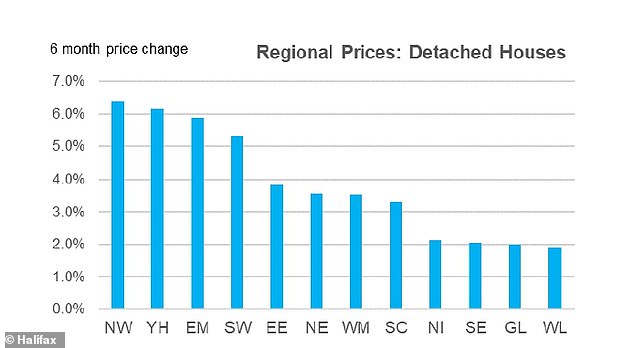 The largest price change for detached homes was seen in the North West, with an average increase of more than six per cent, followed by Yorkshire and the Humber

‘There’s now evidence that it’s this push for larger properties that has been driving the mini-boom witnessed in the housing market since lockdown restrictions were first eased over the summer.

‘This level of price inflation hasn’t deterred would-be buyers though, as in the three months up to September, we received more mortgage applications from both first-time buyers and home movers than at any time since 2008.

‘However, we continue to sound a note of caution on the longer-term prospects for house price inflation, with the full economic impact of the pandemic likely to be felt more keenly over the winter.’