Award-winning married Minnesota teacher, 34, weeps and declares ‘I will never forgive myself’ as she is jailed for 12 years after having sex with a 15-year-old student

An award-winning married Minnesota teacher has been jailed for 12 years after admitting to multiple sex acts with a former student.

Mom Karla Jean Winterfeld, 34, wept in the dock as a judge told her she had ‘destroyed’ the boy’s life.

The Duluth middle school teacher admitted to engaging in multiple sexual acts with the victim over the course of several weeks in May.

Police found pictures and videos showing the acts and there was evidence that Winterfeld had researched consent laws, according to The Grand Forks Herald.

Judge David Johnson told Winterfeld: ‘He had hope for a better life and you, through your actions, destroyed that. You destroyed his life. I can’t get past that. I simply can’t.

‘We’re here for sentencing related to your rape of an underage child. That’s the charge, and that’s what you’ve pled guilty to.’

A packed public gallery watched on as the former Lincoln Park middle school teacher, who resigned after 11 years with Duluth school district, apologized her actions.

She said: ‘I will never forgive myself for what happened. I will live with this guilt for the rest of my life.’

In a letter to ‘the courts and the Duluth community’ she wrote: ‘My children are my world and I want to become the mother they deserve. I made a terrible choice and have hurt many people.

‘To my victim I am sorry I didn’t handle the situation properly. I am the adult and you are the child.’ 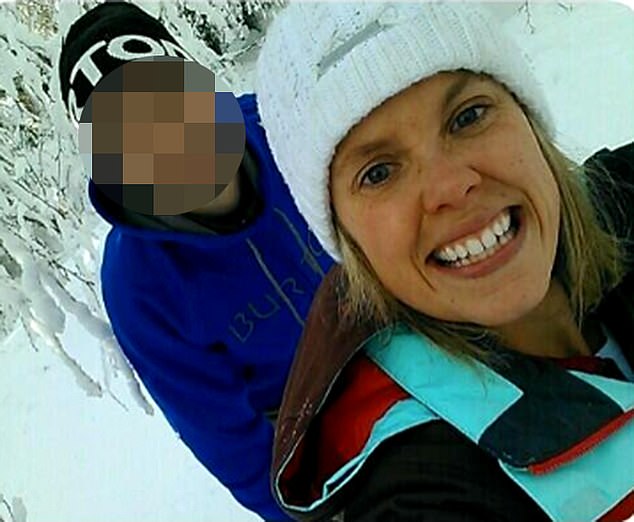 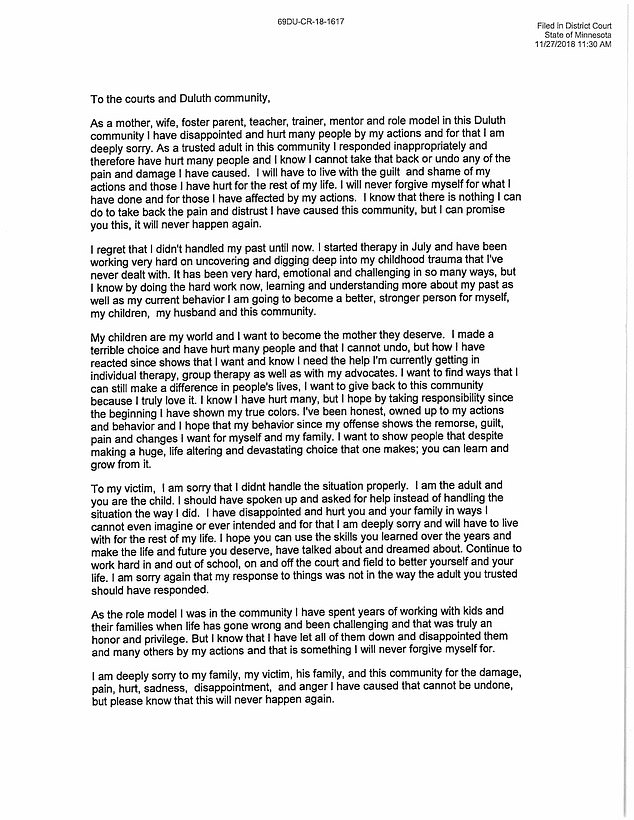 The victim’s uncle told the court: ‘I can see it in his face, his eyes, his actions. He’s starting to bottle up. He won’t talk to me. All the effects are starting to show.

‘It hurts. It shouldn’t have happened. You should’ve known better. You say this is far from over. Well, I’ve got to deal with this for the next few decades.’

A therapist at the mental health clinic, Jessica Metzger, told the court: ‘She has been very motivated, very engaged, very interested in learning why she did what she did.’

But St. Louis County prosecutor Jon Holets added: ‘There is nothing particularly different or special about this case except that the courtroom happens to be filled.

‘This is exactly what sexual assault and sexual abuse look like. She is not the victim.’