Azealia Banks apologizes to Elon Musk in a public letter

From tearful interviews to dropping shares and a potential break-up, it’s safe to say that Elon Musk has been having a very bad last couple of weeks.

And it appears the person who feels worst about it is, surprisingly, Azealia Banks.

The rapper took to Instagram to apologize to the Tesla CEO, weeks after she publicly wrote about watching him have a meltdown at his Los Angeles home.

Banks wrote in the letter, which she sent to Musk on August 19 but posted on Instagram over the weekend, that she felt ‘terrible about everything’.

‘This is a strange situation to be in, and I’m not sure how exactly to begin this letter,’ she wrote.

Azealia Banks took to Instagram to apologize to the Tesla CEO, weeks after she publicly wrote about watching him have a meltdown at his Los Angeles home. She later deleted it 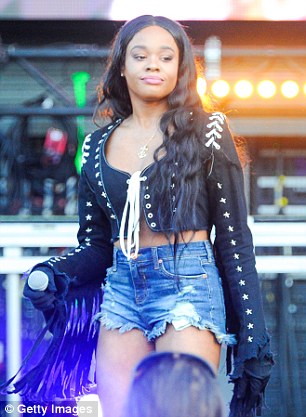 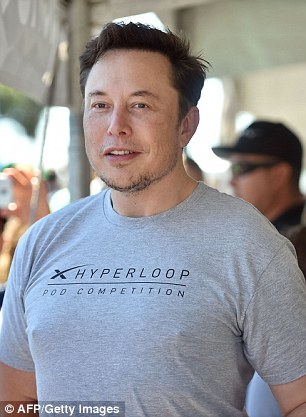 Banks wrote in the letter, which she sent him on August 19 but posted on Instagram over the weekend, that she felt ‘terrible about everything’

‘I guess I could start off by apologizing for all of the painful events you’ve endured over the past week, as I feel as though my actions have largely exacerbated them.’

Banks said she wanted Musk to know she only came to his home with the intention of recording a ‘series of tracks’.

She does not specifically name Grimes, who is rumored to have broken up with Musk last week after the pair stopped following each other on Instagram.

Banks appeared to want to leave the musician’s name out of her posts after claiming that Grimes had ditched their recording session to ‘coddle’ Musk after he tweeted about securing funding to take Tesla private.

But Banks had no issue telling Musk that she learned a ‘lot of personal information’ about him since she began her correspondence with Grimes earlier this summer. 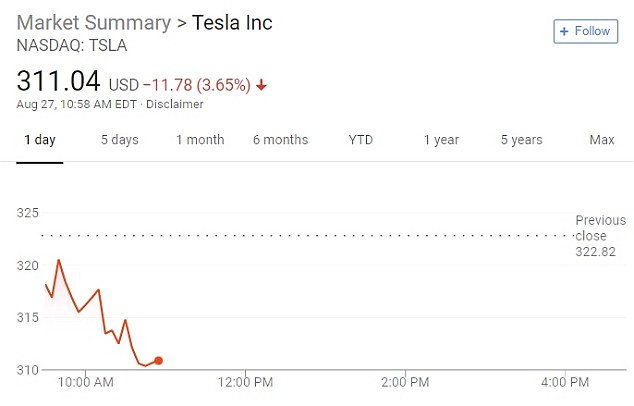 ‘The stuff made me feel awkward and uncomfortable about being privy to, yet I never had any intention of ever using the information against you,’ she wrote.

‘What started off as a cat fight led to some seriously unexpected consequences and I sincerely apologize.’

Banks then went on to try and set up a meeting with Musk, saying she had heard he was a fan of her music.

‘For what it’s worth, I don’t believe in coincidence and I’d like to believe, that somewhere in another dimension or on another plane, this interaction happened harmoniously and resulted in positive outcomes for the both of us,’ she wrote.

‘This was not how I wanted to say hello.’

‘If you are up for it, I’d like to meet you in person to properly and formally introduce myself to you.’

‘After all, we are now the co-star’s of pop culture’s latest fan fiction,’ she added, throwing in a winking face emoji.

‘I hope this letter finds you in the best spirits. Wishing you life, luck, love, health, peace, and prosperity,’ she concluded at the end of the letter. 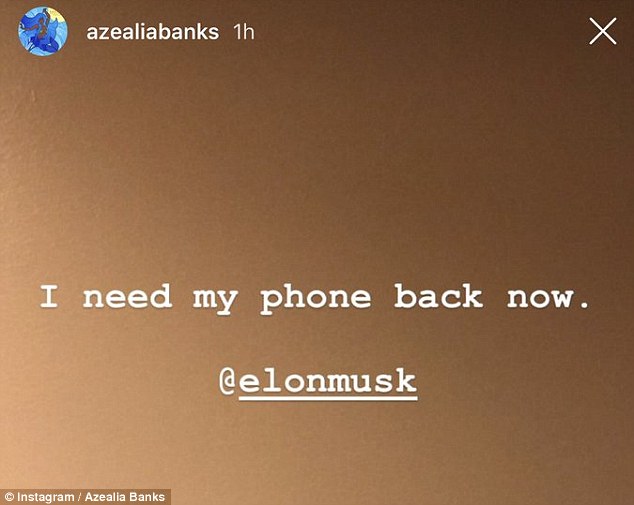 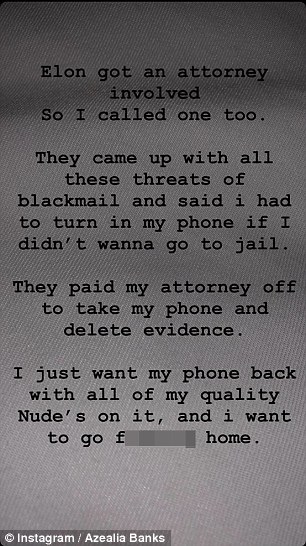 Banks claimed last week that Musk’s attorney had blackmailed her and demanded she turn in her phone so they could ‘delete evidence’. That post (pictured right) has since been deleted

Tesla’s value plunged by $5.5billion last week after Musk burst into tears during a New York Times interview and asked for someone to take his job.

The embattled CEO also admitted to a raft of personal problems and said he relies on Ambien to sleep.

And the bad news has only continued as it was revealed Tesla shares slipped once again on Monday, dropping nearly 4 percent after Musk announced the company would stay public.

Banks’ apology also comes a week after she publicly demanded that Musk return her phone so she could retrieve her ‘quality nudes’ and go home.

In a series of now-deleted posts, Banks claimed that Musk’s attorney had blackmailed her and demanded she turn in her phone so they could ‘delete evidence’.

‘Elon got an attorney involved so I called one too. They came up with all these threats of blackmail and said I had to turn in my phone if I didn’t want to go to jail,’ Banks wrote in yet another deleted post.

‘They paid my attorney off to take my phone and delete evidence. I just want my phone back with all of my quality Nudes on it, and I want to go f**king home.’ 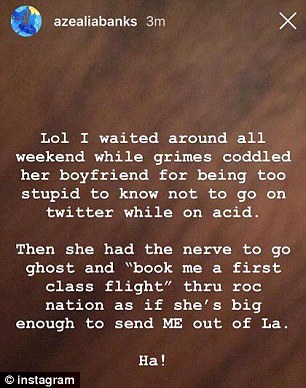 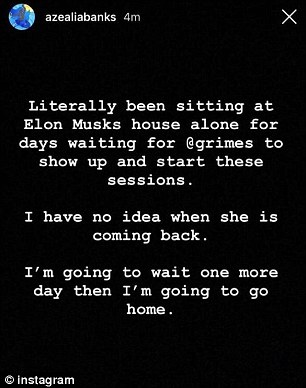 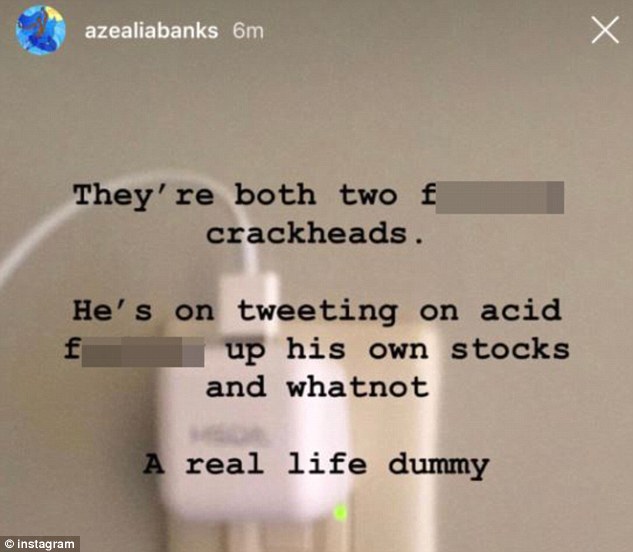 Banks had apparently been invited to Musk’s home by Grimes, who was planning to collaborate with the rapper 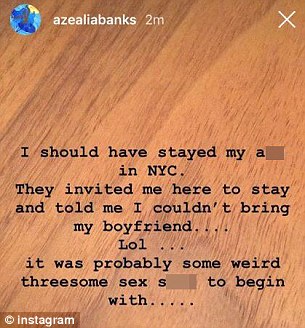 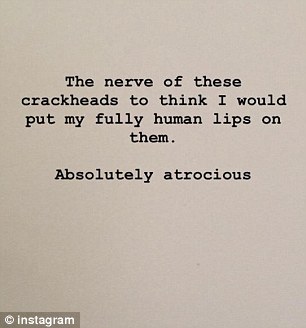 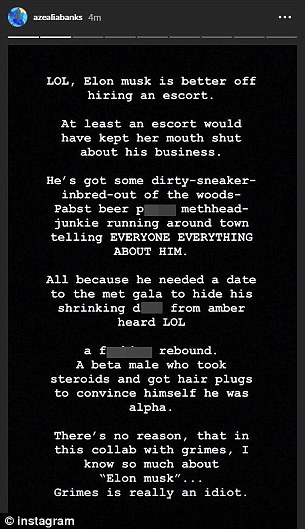 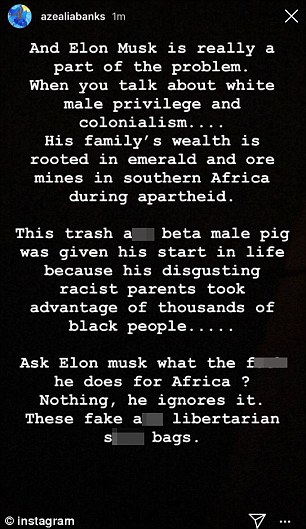 While Musk initially denied ever meeting Banks, he later told the New York Times that he did come across her at his mansion when she was leaving

Banks also recorded herself saying she didn’t want to be in the ‘middle of this sh*t’ anymore and just wanted to leave Los Angeles and return home to New York.

‘This is annoying. I’m at my wit’s end. I feel imprisoned, I feel stuck – I want to go back to my regular normal black girl programming. Give me my f**king phone!

That recording was also deleted from her Instagram story shortly after being posted.

While Musk initially denied ever meeting Banks, he later told the New York Times that he did come across her at his mansion when she was leaving.

‘I saw him in the kitchen tucking his tail in between his legs scrounging for investors to cover his ass after that tweet,’ Banks said of Musk while posting from his house.

‘He was stressed and red in the face. I waited around all weekend while Grimes coddled her boyfriend for being too stupid to know not to go on Twitter while on acid.’

Immediately after Banks’ claims surfaced on social media, a representative for Musk dismissed it as ‘absolute nonsense’ and denied that he had ever met the rapper. 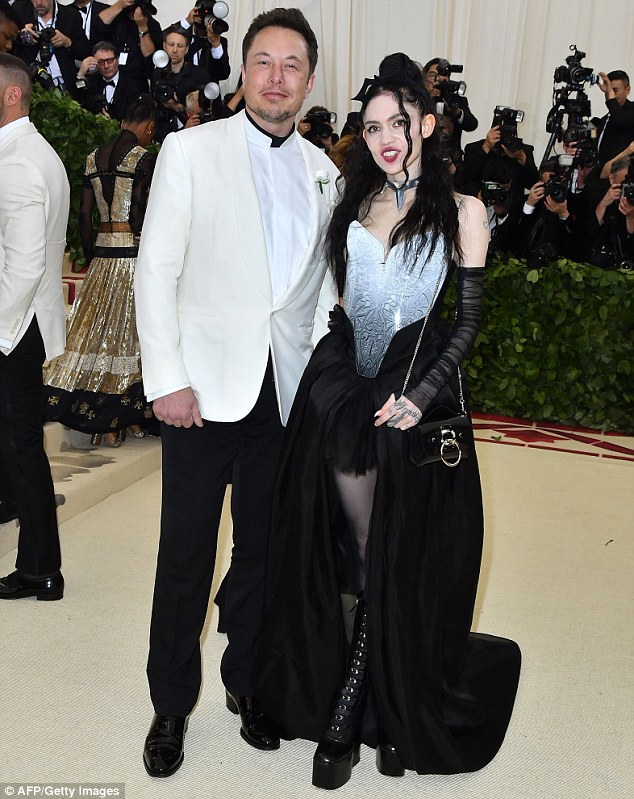 But after Banks publicly wrote about Musk’s meltdown, it was rumored that he and Grimes (pictured together in May) had broken up

Musk issued an about-face days later and admitted that some of Banks’ claims were true.

‘I saw her on Friday morning, for two seconds at about a 30-foot distance as she was leaving the house,’ he told the paper.

‘I’d just finished working out. She was not within hearing range. I didn’t even realize who it was. That’s literally the only time I’ve ever laid eyes on her.’

Banks had apparently been invited to Musk’s home by Grimes, who was planning to collaborate with Banks.

Grimes’ representative said there was a miscommunication because Grimes and Musk had made arrangements to go out of town.

Banks was left alone in the house waiting for Grimes to return.

She said she arrived at one of Musk’s homes in Los Angeles early on Friday, August 10, but was left alone for days while Grimes comforted her boyfriend.

‘They bring me out there on the premise that we would hang and make music. But his dumb**s kept tweeting and tucked his d**k in between his a** cheeks once s**t hit the fan.’

She also went on a vicious rant about Grimes, who she branded an ‘idiot’, Musk who she called a ‘beta male’ and branded them both ‘crackhead’ in the rambling attack.