Azealia Banks has accused airline crew of racially profiling and hitting her during a flight from Sweden to LA after a passenger ‘claimed she had sex’ on the plane.

The rap star, 28, posted a video on her Instagram account on Monday night, which she later deleted, showing a woman and a member of Scandinavian Airlines crew.

She can be heard saying ‘I’m on the SAS flight and this one lady right here thinks me and my boyfriend were having sex on the plane so she tried to racially profile me.’

As the woman puts her hand towards Banks’ phone to cover the camera, a flight attendant leans in and the musician accuses her of hitting her.

She says, ‘you just hit me’ as the woman stays calm and tries to speak to Banks before saying ‘this lady just hit me on the f*****g flight.’ 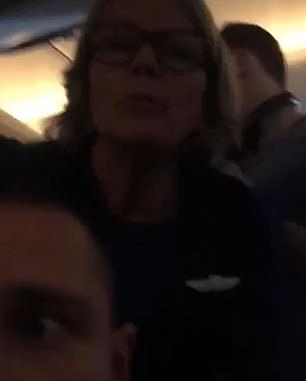 Azealia Banks, 28, has accused Scandinavian Airlines crew, right, of ‘racially profiling and hitting’ her during a flight from Sweden to Los Angeles after a passenger, left, ‘claimed she had sex’ on the plane with her boyfriend

The airline confirmed there had been an incident on the flight where a ‘passenger has behaved very inappropriately towards other passengers and our staff on board.’

They told Swedish site Aftonbladet: ‘The police and the FBI were called in when the plane landed.’

Banks’ video was later shared on Twitter and another person who was on the flight responded.

He said: ‘I was on that flight. She was the problem. There was no profiling she was extremely disruptive and disrespectful to the staff and other passengers.

‘My son was will (sic) and we had to wait to get him off the plane cuz she was being such a brat.’

Banks also posted on her Instagram story yesterday, making comments about ‘old white people’ who ‘always come for me’. 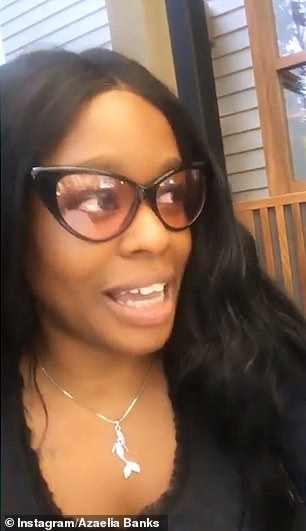 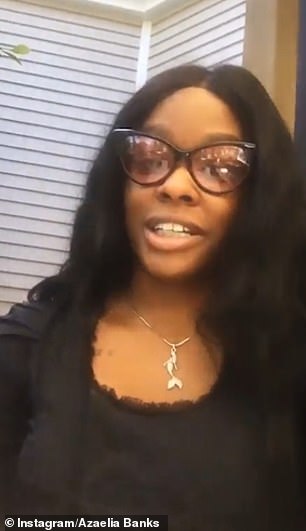 The rap star, left and right, took to Instagram yesterday once she was back in America and said ‘white people… love to come for her’ when she’s in a public or enclosed space

She said: ‘I’m back in L.A. b*****s away from the oppression honey, I really don’t know what it is but anytime I’m in a public place or in a place where I’m enclosed with white people, like old white ladies who love to pick on me, they love to come for me.’

During her stay in Stockholm Banks also said in comments posted on her Instagram that Swedes ‘are definitely racists.’

She also wrote: ‘I would really love to see somebody bomb the s**t out of this place. Give y’all white a***s something to f*****g cry about.’ 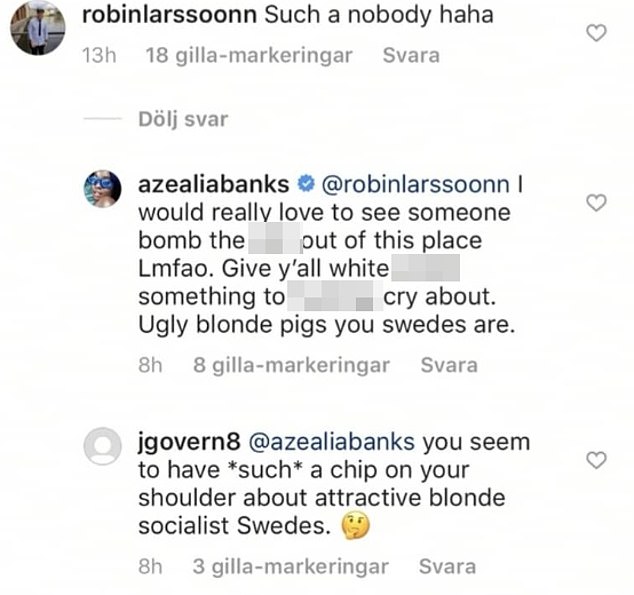 In January Banks launched an extraordinary tearful rant at Aer Lingus staff after a row with a stewardess before a flight from Gatwick to Dublin.

She called Irish women ‘ugly’ and used foul-mouthed racial slurs during the bizarre tirade which she shared on her Instagram story.

‘The hostess was being quite confrontational. She said to her, ‘I need to know if you are going to cause more trouble on this flight?

‘If someone’s rude to a stewardess, it is something we have to ask. It’s protocol.’