The BA.5 COVID-19 variant is continuing to grow in the U.S., almost entirely pushing out other forms of the virus. Some experts fear that the highly transmissible variant could fuel yet another summer Covid surge – a third in as many years – while others think there is enough immunity in the population to continue on life as normal.

The strain now makes up 78 percent of sequenced COVID-19 cases, according to data revealed Tuesday by the Centers for Disease Control and Prevention (CDC). It is a rapid increase from the 55 percent of cases it made up only two weeks ago.

Federal officials’ response to the virus thus far has focused on the rollout of vaccines, hoping that repeated shots could shore up protection long-term and reduce its ability to cause severe hospitalization or death. Another vaccine will soon join the lineup as well, with the CDC officially recommending the Novavax vaccine to U.S. adults this week.

Some experts disagree with this strategy, though, with Dr Marty Makary telling DailyMail.com this week that continuous pushing of the shots was support of a ‘big Pharma narrative’.

Daily Covid infections and deaths are starting to taper off after rapid rises recorded in recent weeks. America is currently averaging 153,535 new infections and 536 deaths per day. Both figures are eight percent increases over the last seven days.

The BA.5 variant (dark green) now makes up 78% of Covid cases in the U.S., rapidly outpacing other forms of the virus. The previously dominant BA 2.12.1 strain (red) now makes up less than 10% of active cases, according to the CDC 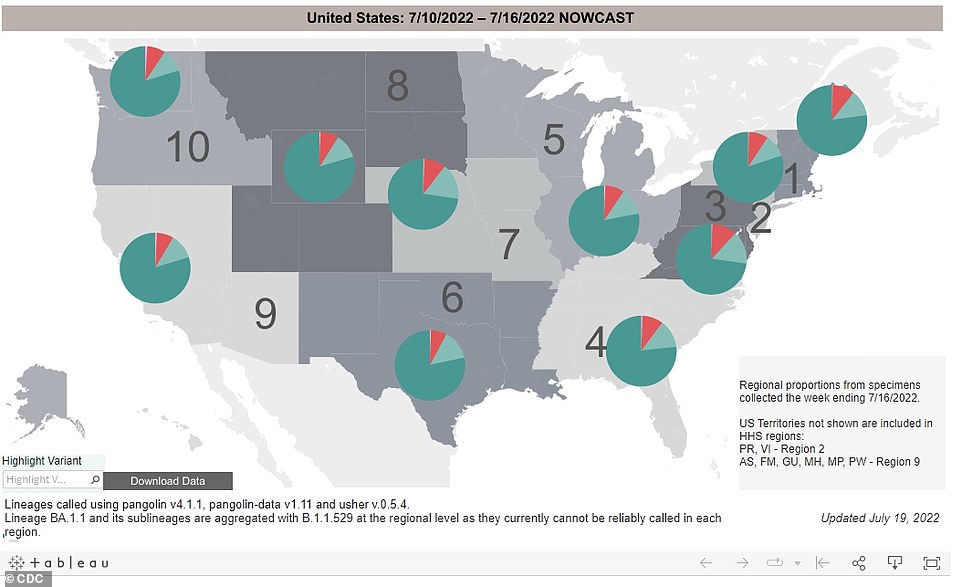 The BA.5 variant (dark green) makes up between 70% and 80% of sequenced COVID-19 infections in every single region of America

The BA.5 variant is feared to be the most transmissible version of the virus to take hold in the U.S. yet by health officials.

It is also immune-evasive and can get around protections a person may have from previous Covid infection. Experts believe that a person could be re-infected with BA.5 within weeks of recovering from a different version of the Omicron variant.

This is a potentially worrying prospect that changes the understanding many have of the pandemic.

BA.5 has quickly grown in its prevalence across America and now makes up nearly four of every five cases in the U.S.

While is has caused cases to rise in recent weeks, experts are not panicking yet and believe the introduction of more Covid jabs could be what is needed to stop the spread.

‘The good news here is our tools, our vaccines if you are up to date, if you’ve been vaccinated recently… if you get treatments, those continue to work really well,’ Dr Ashish Jha, the White House’s COVID-19 response coordinator told ABC’s This Week on Sunday.

‘This is an area of concern but we know how to manage this.’

He noted that people over the age of 50 – who suffer the most risk from the virus – should receive their fourth vaccine dose if they have not already. 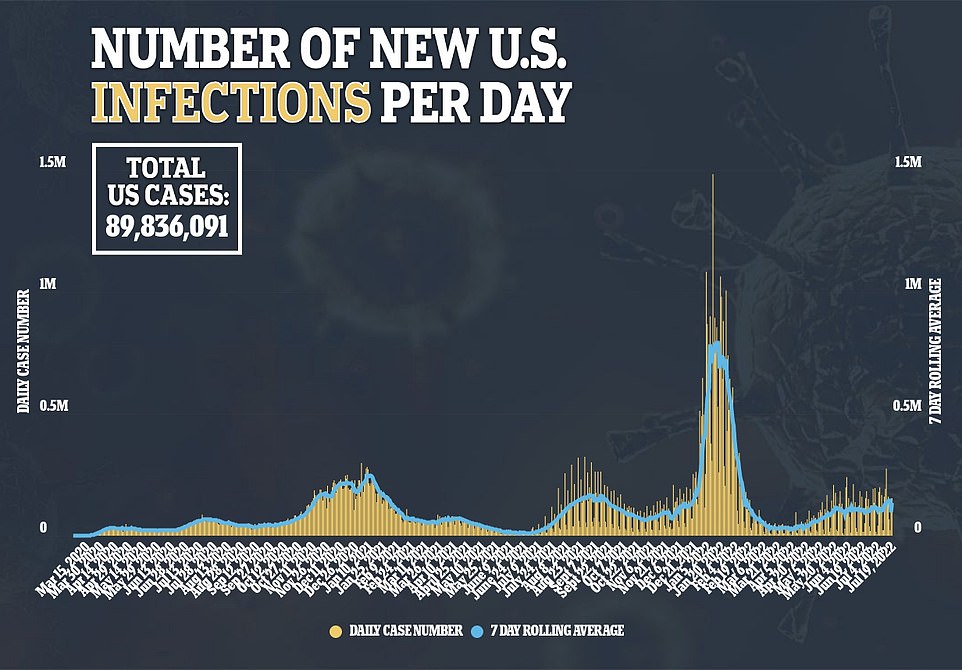 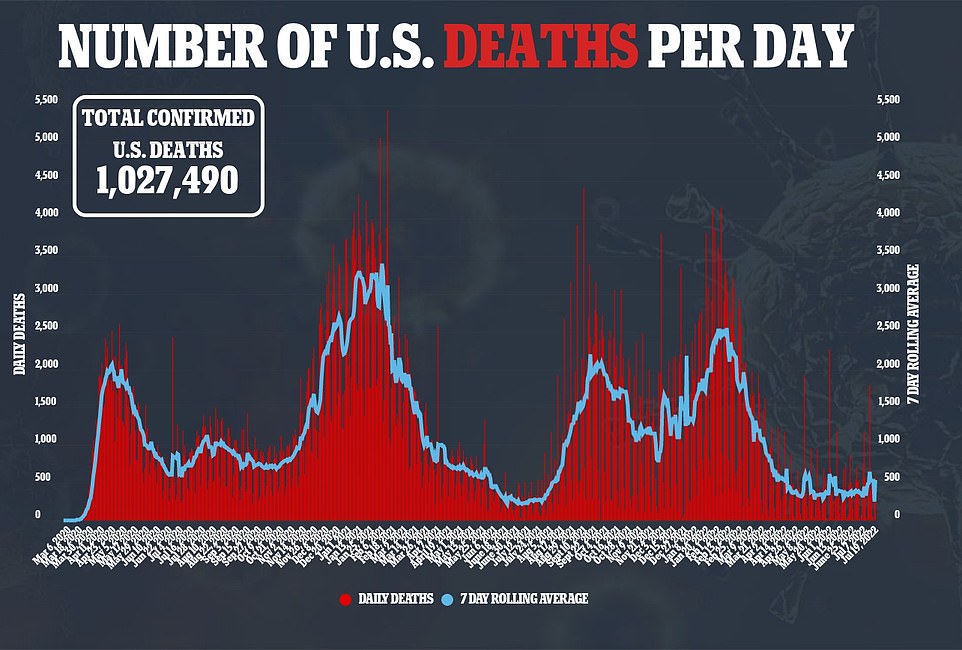 ‘If you are 50 or over, if you have not gotten a shot this year in 2022, it is absolutely critical that you go and get one now it will offer a high degree of protection,’ Jha said.

America has no introduced a new shot into its arsenal as well. On Tuesday the CDC officials signed off on the Food and Drug Administration (FDA) authorization for the Novavax vaccine in all Americans 18 and older.

The long-awaited shots are the first protein-based COVID-19 vaccines to hit the market in the U.S., though they may already be outdated.

These jabs were formulated to combat the original Wuhan strain of the virus that stormed the world in early 2020.

In the time since the virus has mutated to get around much of the protection from infection provided by vaccines tailored to that strain.

While there is hope the Novavax shot will still be effective against the newer Omicron strains, the FDA has already made it clear it wants reformulated Covid jabs tailored to newer strains to be ready this fall.

Some also doubt these shots will ever be needed. While newer strains of the virus can evade immunity against infection, vaccinated individuals are still believed to have strong protection against serious hospitalization or death. 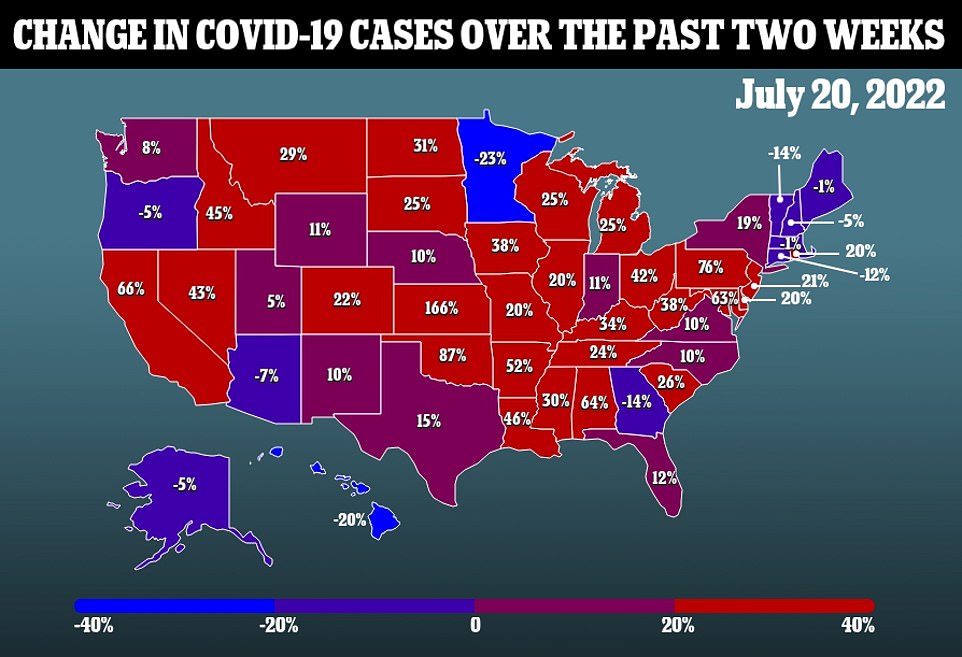 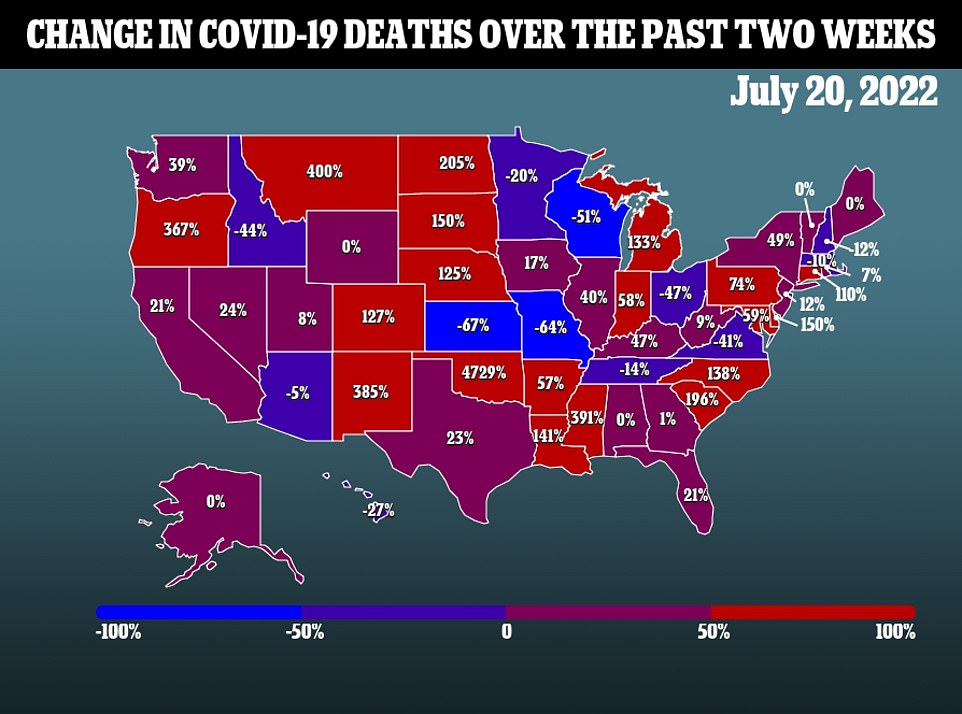 ‘He said it’s absolutely critical to get boosted if you are over 50. But that added protection is a weak augmentation of immunity against the current strain since the booster vaccine is being given is against the original Wuhan strain,’ Makary, a public health expert at Johns Hopkins University, wrote to DailyMail.com.

‘Dr Jha is failing to remind people that Omicron poses no significant public health risk to the vast majority of Americans beyond that of common-cold like symptoms,’ he added.

As BA.5 has grown its pushed other variants to the fringes. The BA 2.12.1 variant that was dominant only a few weeks ago now makes up just nine percent of U.S. cases. The BA.2 ‘stealth’ variant has almost entirely disappeared to this point.

BA.4, which was discovered in South Africa around the same time as BA.5, makes up 13 percent of cases in the U.S., the CDC reports.

The new dominant variant has spread across the country fairly evenly, making up between 70 to 80 percent of sequenced cases in every single region of America. 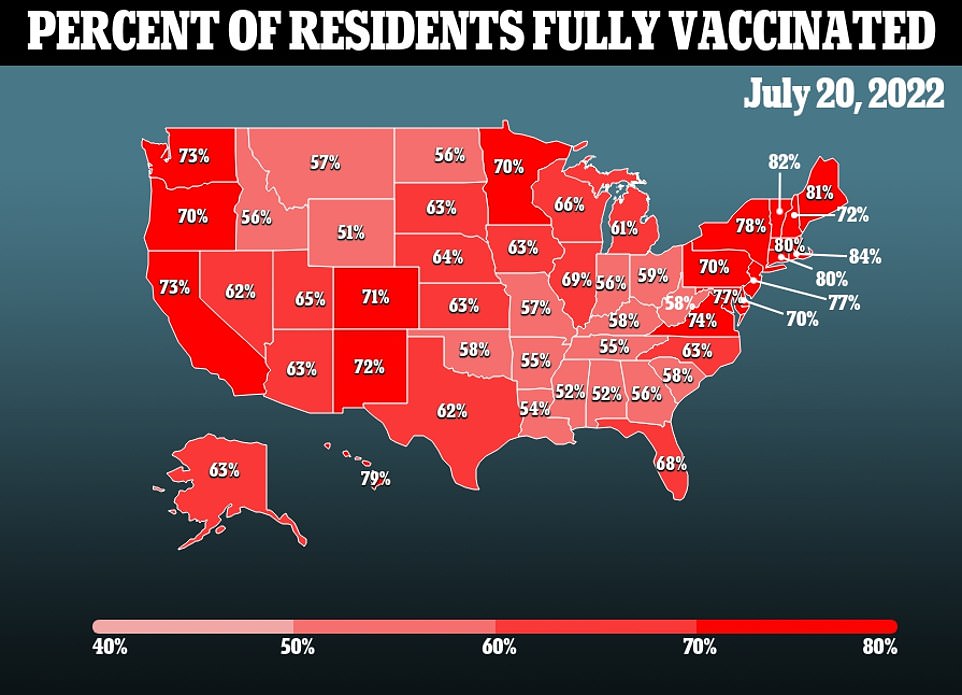