A mother who allegedly poisoned her severely ill 13-month baby boy with bleach has previously claimed to have nine years of experience in the childcare industry.

It is alleged she poured the chemical into her son William’s feeding tube on December 29, who is now believed to be in a stable condition at Perth Children’s Hospital. 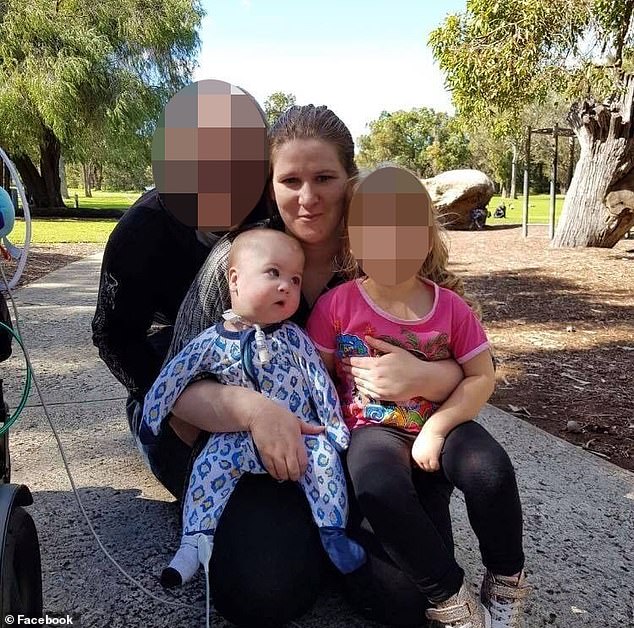 William will be released back into his grandfather’s care on Monday, Channel 9 has reported.

The network also revealed his mother claimed to have experience in the childcare sector for almost nine years in 2015.

The 26-year-old added she was a ‘reliable’ worker.

Meanwhile, a loving interview on the health of the one-year-old – given by his mother to Channel 7 last year – has re-emerged. 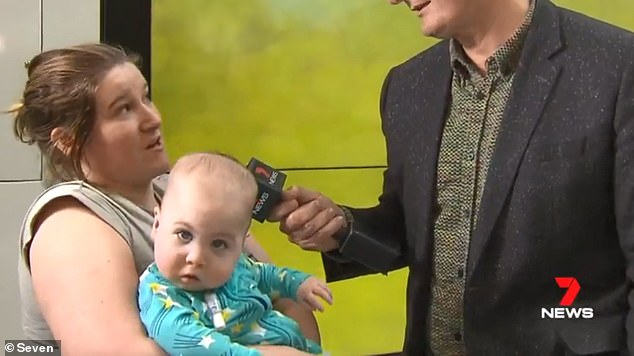 Meanwhile, a loving interview on the health of the one-year-old (centre) given by Lucas (left) has re-emerged

‘It’s a miracle he (William) is still here. We didn’t think he was going to make it,’ Lucas told a reporter in the footage taken at the Telethon fundraising event in October.

She explained to journalist David Koch his condition called Pierre Robin sequence meant his airways were compromised by his recessed chin.

The infant, who requires around-the-clock care for a rare condition, was rushed to hospital but it is believed doctors were able to prevent him from suffering any serious harm.

The 26-year-old was inconsolable when facing the court, Channel 9 reports.

The one-year-old was born 14 weeks premature and has to eat and breathe through a tube.

He was discharged from Perth’s Children’s Hospital just five days before his mother allegedly tried to kill him after receiving treatment for bronchitis. 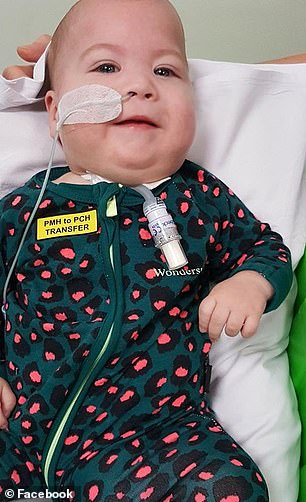 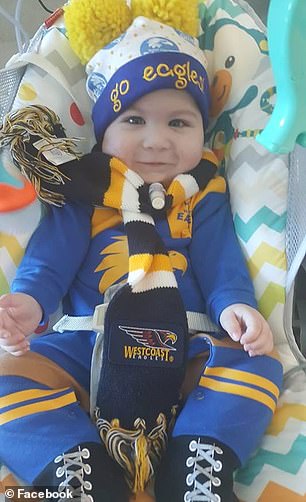 Lucas wrote on her Facebook page when he was discharged on Christmas Eve after the bronchitis treatment it was ‘a Christmas miracle he would be spending his first Christmas at home.’

‘I am in tears after he was so sick Friday and Saturday that he needed to be admitted In to hospital,’ she wrote.

The young mother has been remanded in custody and is due to face Perth Magistrates Court on Monday.