Baby elephant laid out at Omaha zoo for herd to mourn

A baby elephant at an Omaha zoo died during an operation to have its cracked tusk fixed then was laid out in front of the rest of the herd so that they could mourn him.

Warren the elephant died as veterinarians operated on him at the Henry Doorly Zoo and Aquarium in Omaha, Nebraska, on Thursday.

He was between eight and nine and was brought to the zoo from Swaziland in March.

One of his tusks had begun to show cracks and he was undergoing a procedure to encase it when he died.

Veterinarians will perform a necropsy to determine exactly how he came to die.

Warren, an eight-year-old male African elephant at the Henry Doorly Zoo and Aquarium in Omaha, Nebraska, died on Thursday. He is pictured above

After watching him pass away, grief-stricken zookeepers moved his lifeless body back in to the elephant enclosure to allow the rest of the herd to mourn him.

They closed it off to the public and did not allow any cameras to capture the extraordinary event which is only ever normally seen in the wild.

Describing their behavior, general curator Dan Cassidy said: ‘They all came in very quietly and stood around in unusual fashion for them.

‘I’d never seen anything like it in captivity. I’ve seen it in the wild, it does occur in the wild.

‘Usually, they’re moving around a lot, making a lot of noise, but they were very quiet.

‘Each one stopped and turned and touched Warren.

‘Over the next couple of days, I expect they will go back to the site where Warren died and sniff around there.  I wouldn’t be surprised if they’re looking for him for the next few days at least.

Afterward they had finished mourning him, the elephants were filmed walking around the enclosure slowly. 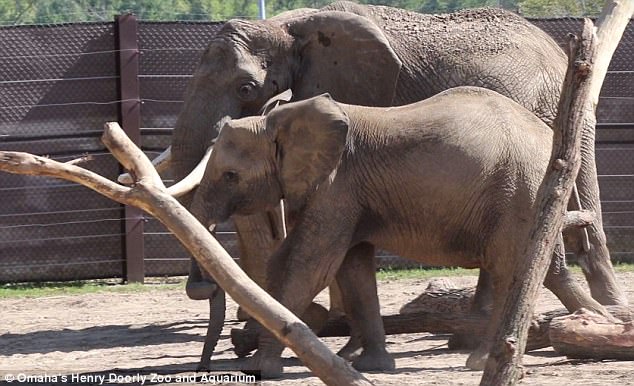 After his death, the zookeepers laid Warren out for the rest of the herd to mourn. They are seen after the ritual, moping around their enclosure, keeping a close distance to one another 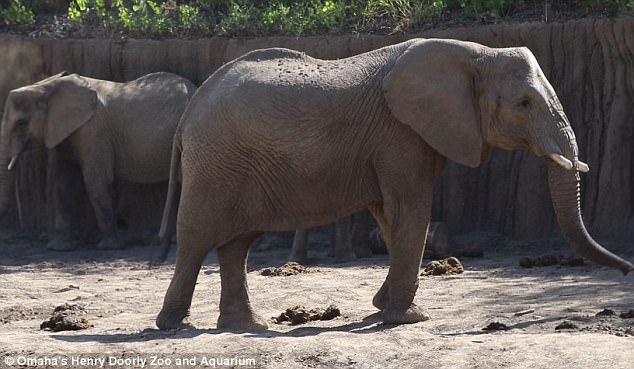 Zookeepers said the elephants were all ‘very quiet’ as they stood around Warren before he was removed. They touched him one by one then were sent back outside (above) 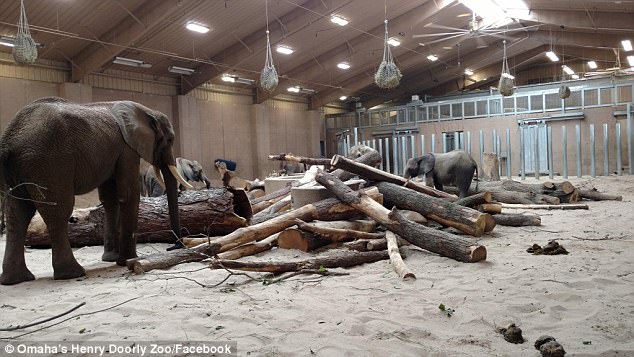 This image shows the enclosure where they laid Warren out to rest. The zookeepers did not film the ritual

Warren was one of two male African elephants at the zoo. Cassidy said he was beloved by zookeepers and volunteers.

‘This is a really sad day for staff and volunteers. This was totally unexpected.

‘It’s always more difficult when it’s a particularly intelligent animal and one which had a lot of personality like this one did,’ he said.

‘He acted so tough but he was so small.’  The zoo had hoped to have Warren take part in a breeding program.

In the wild, elephants can return to the spot where one of their loved ones died for up to a year after their death.

Young elephants have been filmed refusing to leave their dead mothers’ bodies in the wild.

Some scientists and wildlife observers believe that elephants, like humans, shed tears when they grieve. 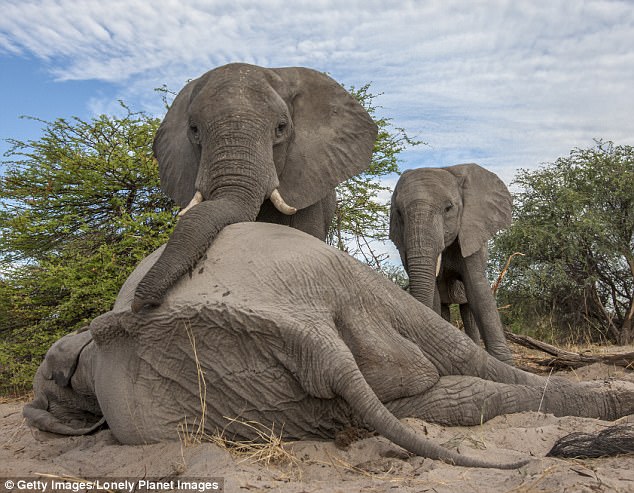 Elephants are one of the few animals which mourn their dead loved ones. Above, an animal in the wild protectively lays its trunk over one if its dead comrades 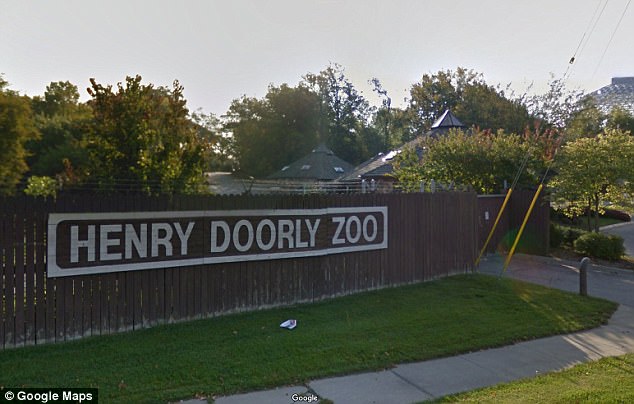