Baby elephant plays with his teenage friend in South Africa

He’s no Dumbo: Adorable pictures of ‘smiling’ baby elephant rolling on the ground with older pal after convincing him to play

These heart-warming snaps show a ‘smiling’ baby elephant convincing an older pal to play as the pair then lark around in the grass.

The cute pictures show feisty calf Stompie, which is Afrikaans for Stumpy, affectionately pressing his trunk against his teen companion in a gentle plea to play.

Unable to resist the calf’s charms the older elephant spent half an hour playing with him, eventually ending up face down on the ground as a delighted Stompie clambered onto his head at Addo Elephant National Park in Port Elizabeth, South Africa. 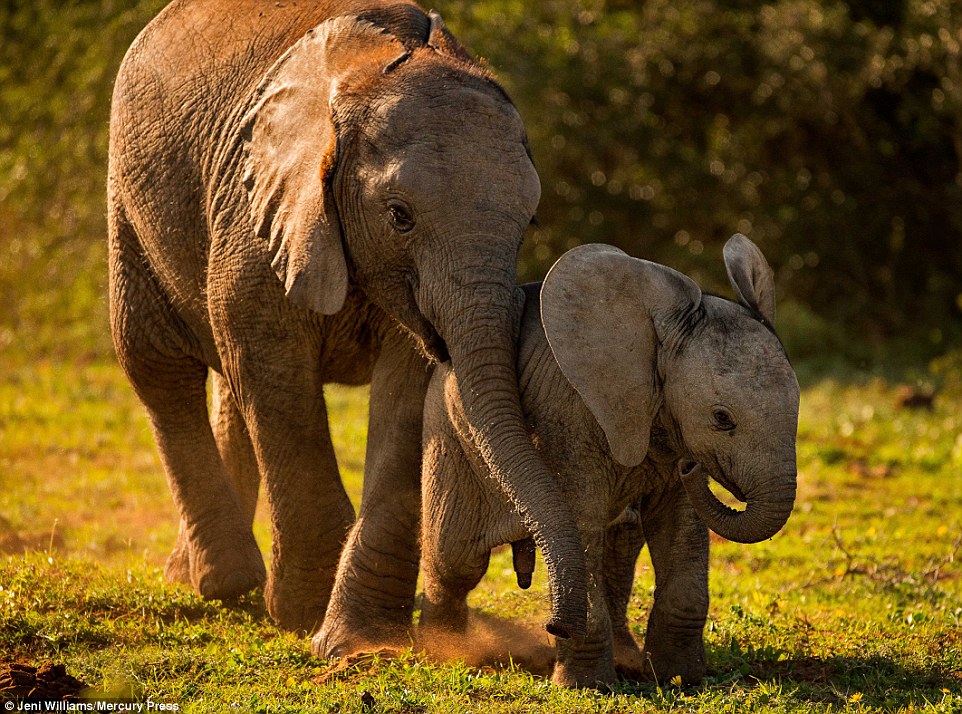 Family fun: The older elephant was enticed to join in and play with the small one-year-old calf after he affectionately pressed his trunk against his companion 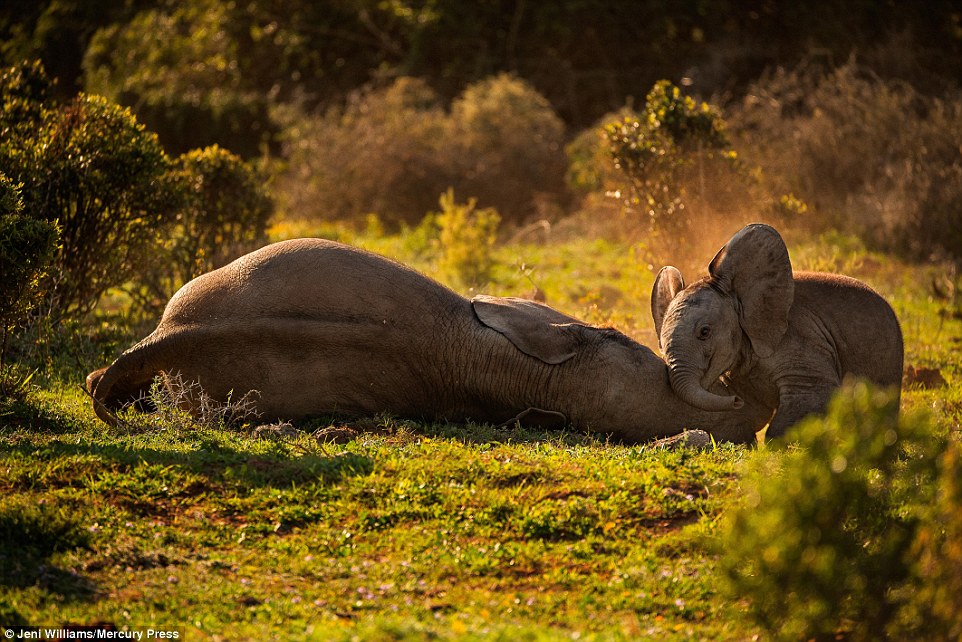 Unable to resist: The calf’s charms get the better of the older elephant and the pair spent half an hour playing, eventually ending up face down on the ground as a delighted Stompie clambered onto his relative’s head 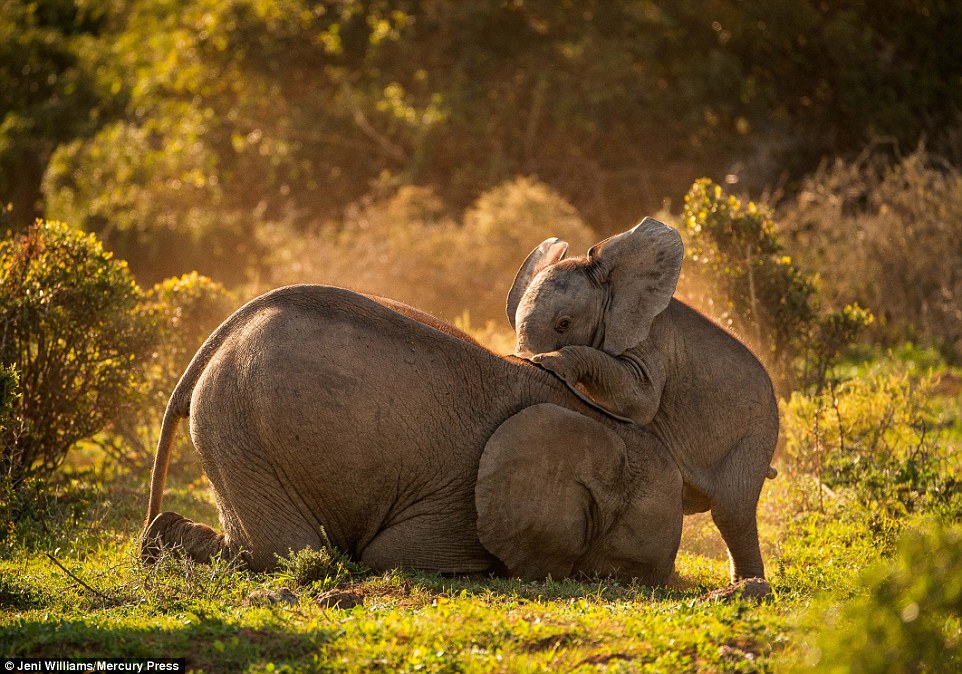 Giving up: The calf started off by trumpeting and racing around, then charging and headbutting his relative who was trying to eat, but eventually gave up and joined in the game, said photographer Jen Williams 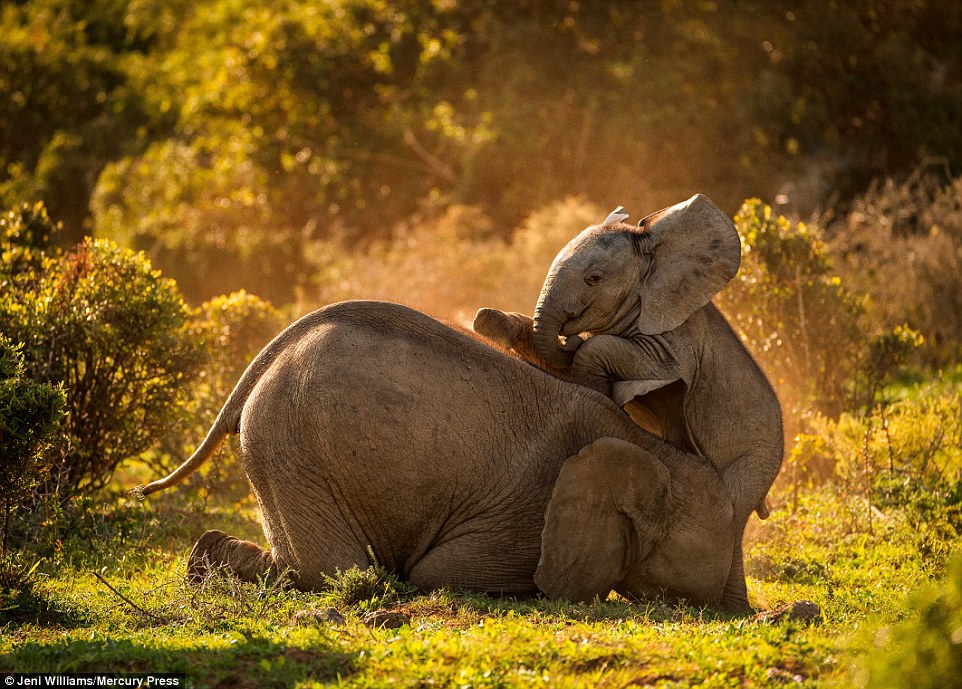 Adorable scene: The sweet moment was captured by amateur wildlife photographer, Jeni Williams in Addo Elephant National Park in Port Elizabeth, South Africa, who has been doing wildlife photography for 10 years and volunteers at the national park 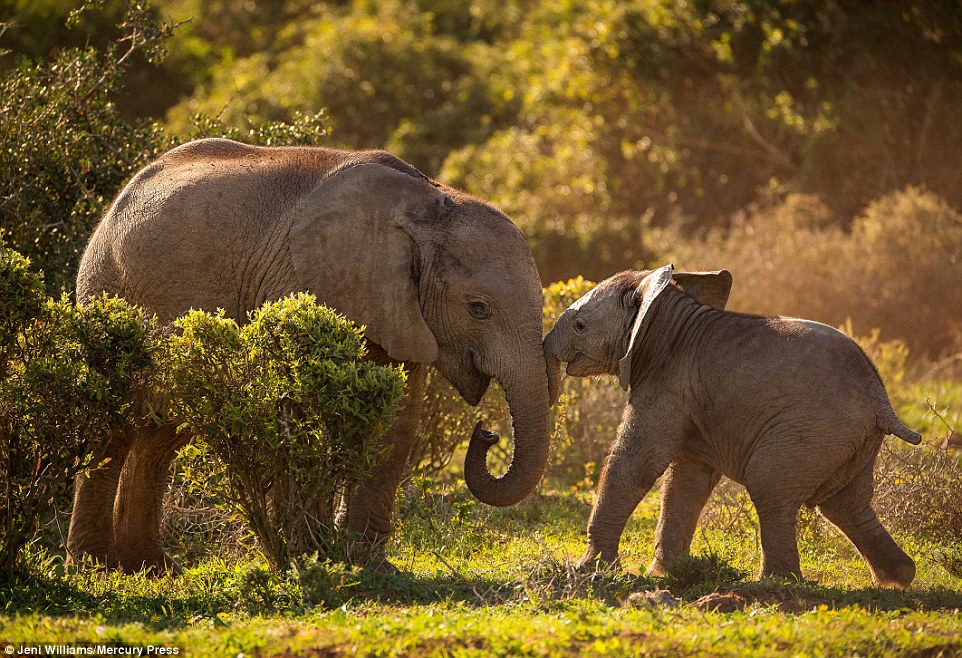 ‘Smiling’ faces: Photographer Jeni from Port Elizabeth, South Africa, said: ‘I loved seeing the interaction between the pair and the self-satisfied ‘smirks’ on their faces’ 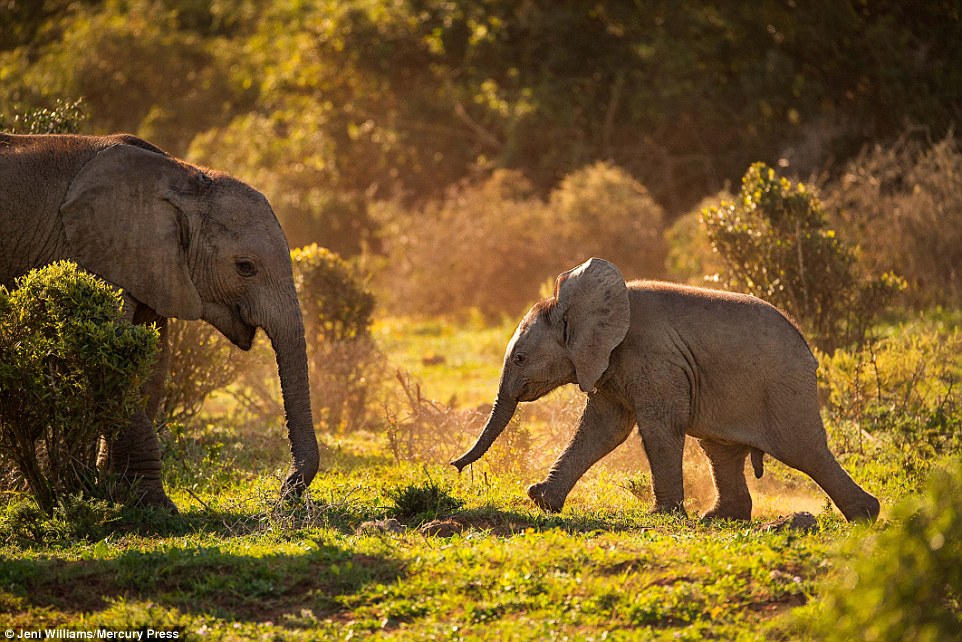 Clambering to be together: The 70-year-old gran-of-two, Jen, added: ‘He took part by lying down and allowing Stompie to clamber all over him. After about 30 minutes the teenager decided the game was over and stood up. The smirks on the faces showing that both thoroughly enjoyed it’ 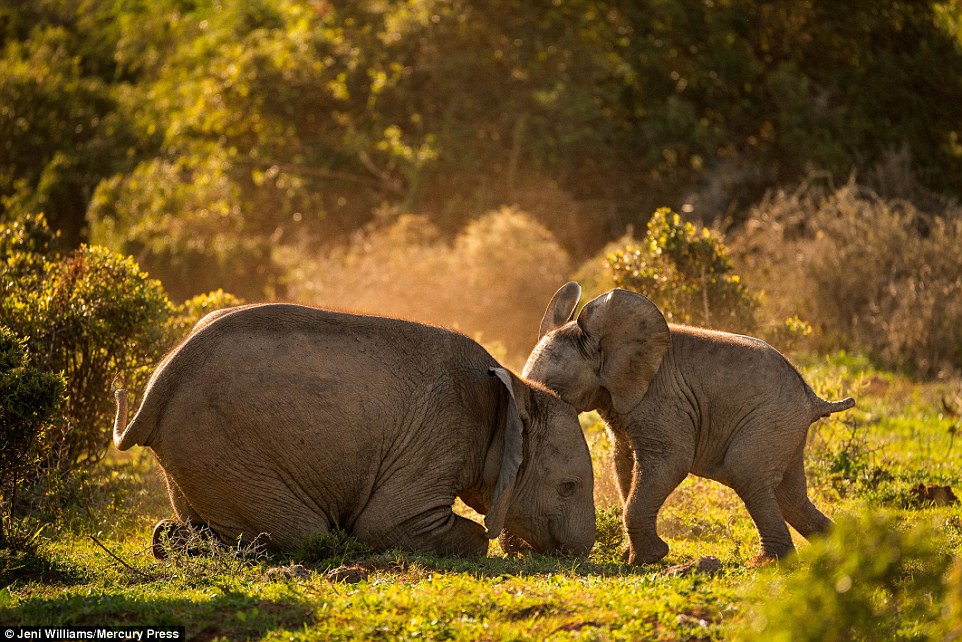 Time to climb: Jen, who on this particular day had been checking waterhole levels, said: ‘Baby elephants love to play and are frequently seen climbing on top of each other, particularly at waterholes. I love spending time at the park and taking photographs’