Adorable footage has emerged of a surprisingly sporty baby snowboarding down a snowy piste in Russia.

The fearless youngster is filmed riding sideways down an incline in the Ural mountains in Ekaterinburg, south west Russia.

With her parents looking on she is able to move a few feet forwards before falling softly onto the snow into her father’s arms.

As she lies on her back in her snowsuit and hat she does not seem to be injured and looks straight at the camera with a big smile on her face instead.

The video appears to have been filmed in December 2016, but has only just emerged online – to the delight of viewers.

Posting the video online, the man comments: This incredibly strong baby was able to stand up on a snowboard and ride down a snowy hill.

‘With her parent’s looking on, she was able to move forward a few feet before falling into her father’s arms.’ 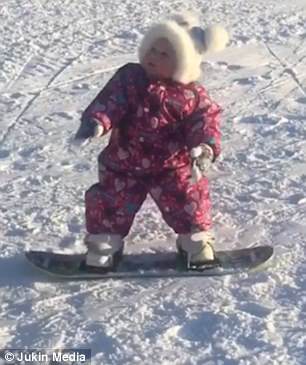 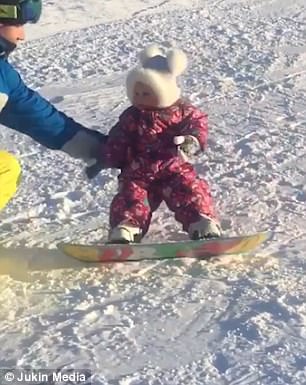 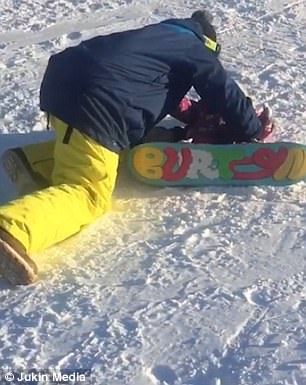 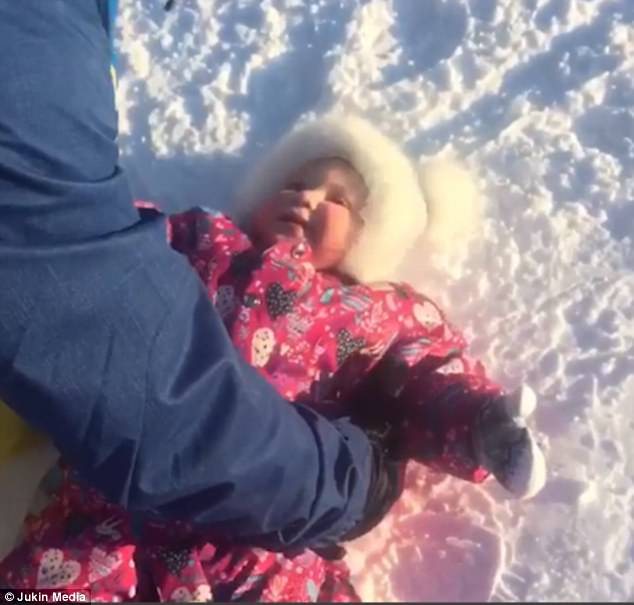