‘Baby Gammy’ is now a happy, healthy and growing six-year-old boy – and is believed to be unaware that his biological father has died halfway across the globe.

David Farnell, the convicted Australian sex offender who found himself at the centre of a global surrogacy scandal, is dead, it was revealed Wednesday night.

The exact circumstances of Mr Farnell’s death are unknown but he had long been fighting an asbestos-related illness from exposure as a young tradesman.

Gammy was famously left to live in Thailand with his birth mother six years ago, while his healthy sister flew home to Australia to live with Mr Farnell and his wife Wendy.

And Gammy – now known by the nickname ‘Grammy’ – is thriving, with pictures showing he has grown considerably.

Gammy – now known by the nickname, Grammy – appears both happy and healthy in this photograph with a teacher at his school in Thailand, from March 2020 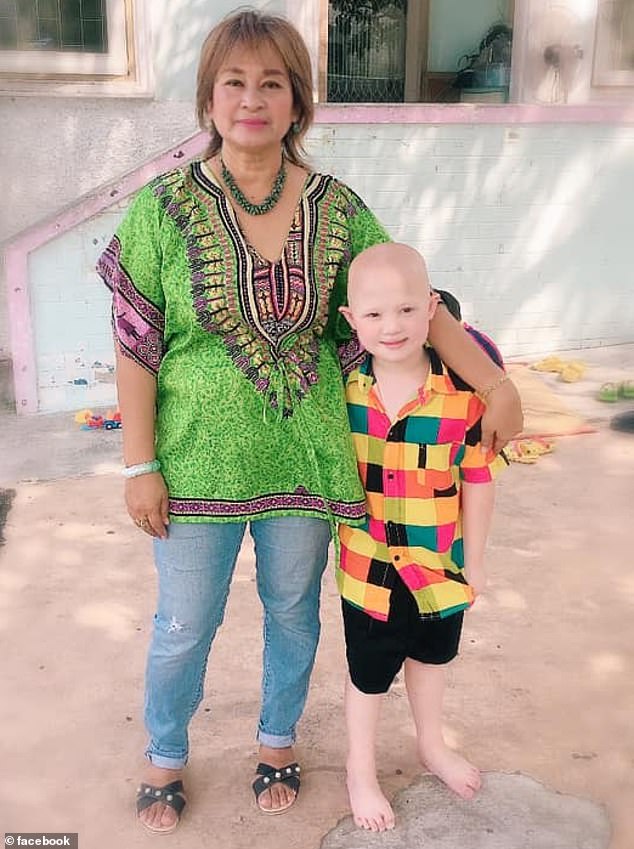 The little boy with Down Syndrome lives with his birth mother, Pattaramon Chanbua, and attends school thanks to the support of an Australian charity

Peter Baines, the founder of the Hands Across The Water charity which raised $240,000 to secure the boy’s future, said staff checked in on Gammy every couple of months.

‘I visited them last year year before lockdown and the family is going really well,’ he said. ‘Gammy is great – a happy, healthy boy.’

He said Gammy’s birth mother was not in regular contact with Mr Farnell’s family.

‘I highly doubt she would be aware (of the death),’ he said, adding he would notify the charity’s manager in Thailand.

Mr Baines said his charity remains in contact with the clan and checks in with them every couple of months. 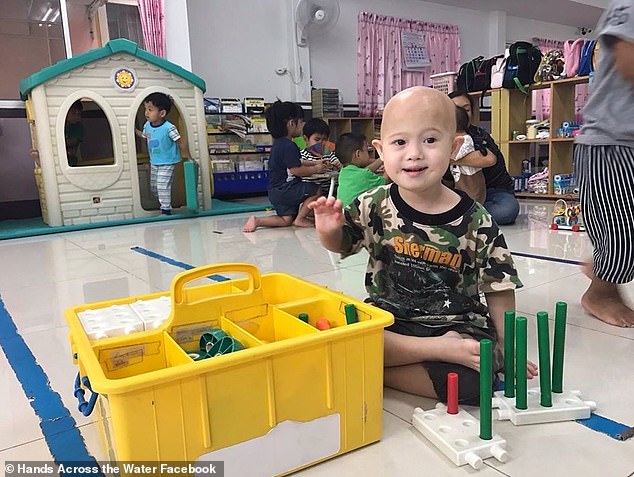 In this photo released by the Hands Across The Water charity in 2017, Gammy is seen playing with blocks. He was born premature, with Down syndrome and a congenital heart problem 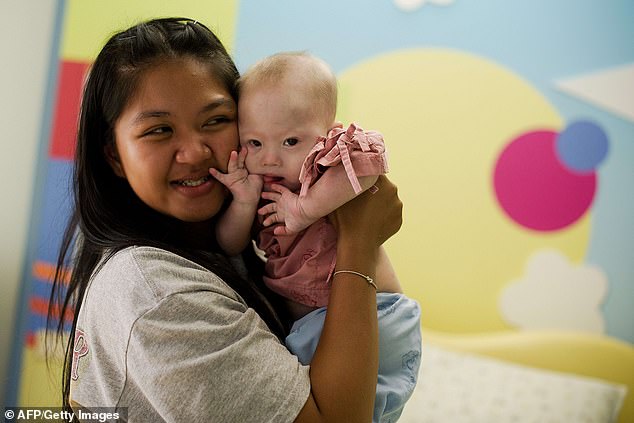 In 2014, ‘Gammy’ was left with his Thai mother, Ms Chanbua, while his parents David and Wendy Farnell took his healthy sister home to Bunbury, Western Australia.

The family’s situation sparked global outrage that August when unfair claims surfaced alleging that the parents had ‘abandoned’ Gammy and kept his sister.

The outrage was further stoked when it was revealed Mr Farnell had historical child sex abuse convictions dating back to the 1980s.

The judge was scathing about Mr Farnell on sentencing, saying he had ‘robbed’ two young girls of their childhoods by molesting them in 1982 and 1983.

The couple found themselves in the eye of a media storm, hiding in their home as journalists and photographers camped outside.

Mr Farnell eventually gave an interview to 60 Minutes’s Tara Brown, where he insisted he did not have ‘urges’ to abuse children anymore.

He said his daughter ‘will be 100 per cent safe. I will do everything in the world to protect my little girl.’ 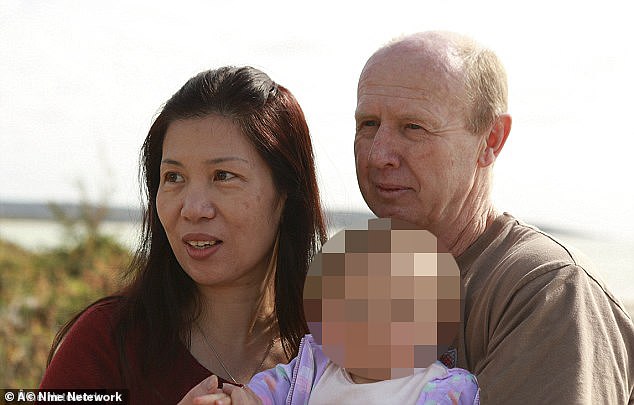 David John Farnell and his wife Wenyu ‘Wendy’ Li (pictured) made world headlines six years ago when they took one of their surrogate’s babies home, but not the other

Baby Gammy and his sister were born in Thailand in December 2013 to surrogate mother, Pattaramon Chanbua.

Gammy was premature, had Down Syndrome and suffered a heart condition.

Claims, later disproven, emerged that the Farnells had ‘abandoned’ Gammy in Thailand.

Mr Farnell defended his right to parent in the media and to government investigators.

He, his wife and daughter have lived a quiet life together since.

It was later revealed that the reason Gammy had stayed with his biological mother was because she wanted to keep her.

A fortune teller has reportedly told her that Gammy would bring ‘good fortune’.

The Farnells have lived a quiet life with their daughter in Bunbury, Western Australia, ever since.

He claimed he had breathed in the company’s poisonous fibres while working as an electrician in the late 70s and early 80s.

As a result, Mr Farnell said in a statement of claim that he had suffered ‘asbestos related disease, mesothelioma and/or pleural disease, respiratory degeneration, pain, shock and psychological reaction.’

A West Australian courts spokesman said the case was ‘completed’ by consent in April, following a mediation conference in January.

The date of Mr Farnell’s death and circumstances surrounding it have not been confirmed.

As for Gammy, he is now known by the nickname ‘Grammy’ and has benefited from the’ extraordinary generosity of Australian donors in Thailand.

More than $240,000 was donated to support the little boy and his mother and it was spent to buy a permanent home for him to live in, to be held in trust until he is 21.

In 2017, his mother, Pattaramon ‘Goy’ Chanbua, told the Australian Broadcasting Corporation the money ‘made all the difference’.

‘He got a new house to live in.

‘He’s able to go to kindergarten and live in better conditions.’