Baby is baffled seeing its father without a beard

Who the hair are you? Baby is baffled to see his father without a beard for the first time since he was born

This is the heartwarming moment a baby sees his father for the first time without his his bushy beard – after he lost a bet.

Luca, 34, from Budapest had gambled with a friend on the outcome of the Champions League places going to Serie A teams for next year’s competition.

He explained: ‘I have been growing my beard for nearly two years and David has only ever known me with my beard. 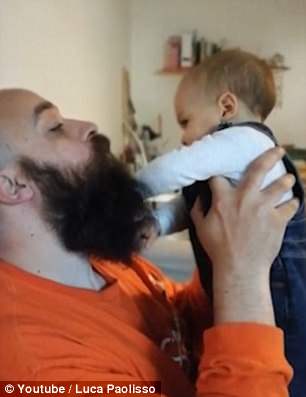 Luca, 34, pictured with his son David, 1, has had his bushy beard for the past two years 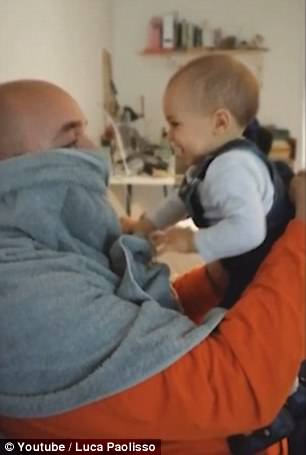 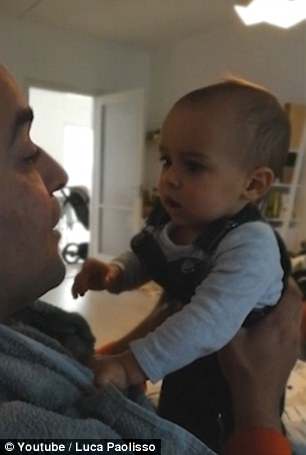 After having a bet about Inter Milan’s ability to finish in the Champions League places in Serie A, Luca was forced to shave off his beard, much to his infant son’s surprise 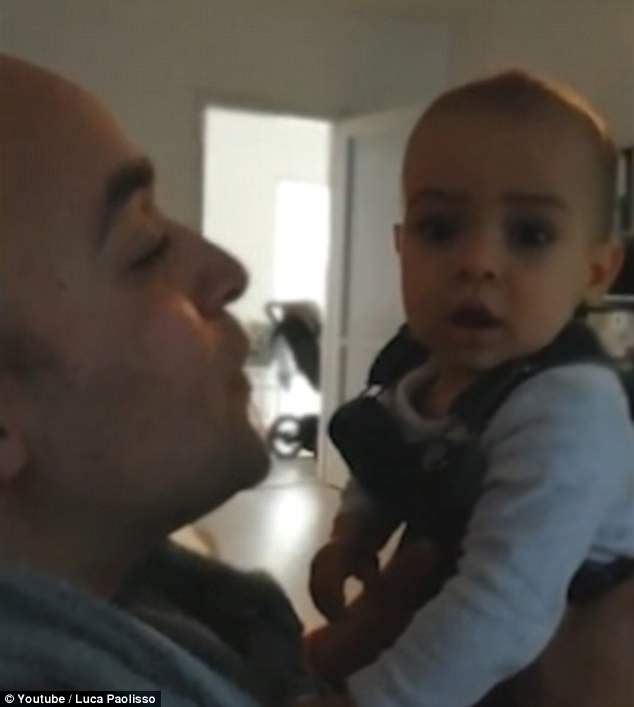 ‘The reason I shaved my beard off was because I’m a massive Inter Milan fan and I lost a bet with my friend. I said if they qualified for the Champions League then I will shave my beard off.

‘I was not too sure that David would react, but I was very curious to find out.

‘It’s a day later and he is still very cautious and surprised when he sees me. He keeps looking around to see if I’ve taken my beard off and left it somewhere.

‘At the end of the video you can hear me saying “it’s me daddy” in Italian and he says “mummy”.’