Baby killer Keli Lane turned down a police offer to grant her immunity if she revealed what happened to her baby daughter Tegan.

Lane, 43, was jailed for 18 years in 2010 after a court found her guilty of murdering Tegan two days after giving birth at Sydney’s Auburn Hospital.

From behind bars, Lane told a journalist investigating her case for an ABC documentary she rejected immunity at a coronial inquest as she never killed Tegan.

‘No way. No. I am not going to admit to something I didn’t do. I’m not going to put my hand up and say I hurt my own child when I didn’t,’ Lane told the ABC.

Lane (pictured) claims to have had a sexual relationship with a man called Andrew, the biological father of her daughter Tegan, but he has never come forward

Lane has always maintained her innocence, saying she did not kill Tegan because she gave the baby to the child’s biological father soon after giving birth in September 1996.

She claims the father is named either Andrew Morris or Andrew Norris but police found no evidence to back up Lane’s claims about her relationship with the man.

And no man with either of those names has ever been found. Tegan’s body has never been recovered.

The documentary Exposed: The Case of Keli Lane revealed a composite image which was created by retired police forensic artist Terry Dunnett of the man Lane says is Tegan’s father.

Mr Dunnett sketched the image after a face-to-face interview with Lane in jail, which lasted two hours. 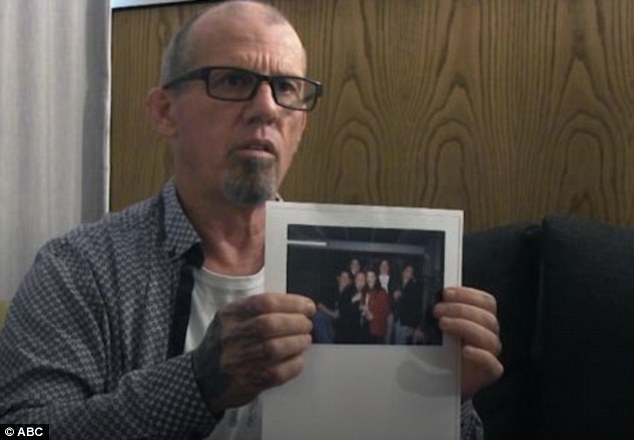 Darryl Henson (pictured) said he is ‘confident 100 per cent’ that he saw Lane leaving a Balmain, Sydney, apartment complex during the summer of 1995/96 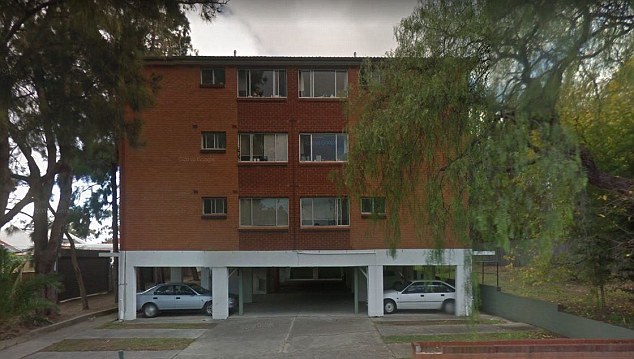 Lane called on the man named Andrew to come forward.

She has also claimed to have gone to a unit on Wisbeach Street, Balmain, in Sydney’s inner west, on multiple occasions to have sex with the man named Andrew.

Until now, no witness has ever come forward to say they had seen Lane visiting the apartment block.

But in the documentary, Darryl Henson said he was a resident of a unit within the complex at a time when Lane said she was visiting.

Mr Henson lived in the building during the summer of 1995/96, when Lane’s sexual relationship is said to have taken place, and claims to have seen her visiting on several occasions.

He returned to New Zealand in October 1996 but was recently tracked down by ABC journalists.

Mr Henson told the ABC he is ‘confident 100 per cent that [he] saw her’, saying she was the ‘sandy-haired girl’ he witnessed around the building late at night. 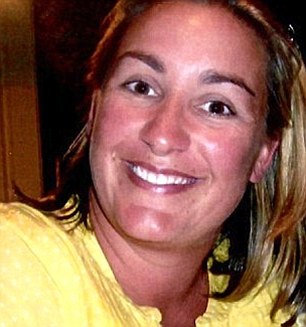 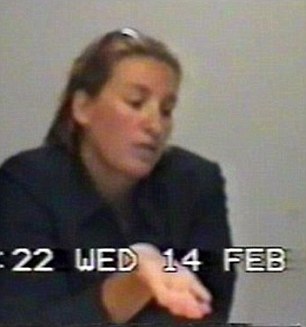 Lane (pictured left and right) has always maintained her innocence, saying she did not kill Tegan because she gave the baby to the child’s biological father

‘I’ve got no reason to lie. I’d seen her coming and going through the carpark entrance, through High Street,’ Mr Henson claimed.

He said he would often see Lane and think she was ‘brave’ because she was not nervous about going out at late at night like others were.

‘It was quite late. It was dark. Sometimes 1am. Because I used to work on my car until the early hours of the morning,’ he said.

He identified Lane through a series of pictures shown to him by the ABC documentary team.

Mr Henson was never interviewed by police as part of their murder investigation so his claims were not heard by the jury, although detectives reportedly made attempts to contact him.

He said the jury should have heard from him ‘just to clarify I did see her’.

Mr Henson’s claims have now been described as ‘very significant’ and ‘compelling evidence’ by the director of the RMIT Innocence Initiative, Dr Michele Ruyters. 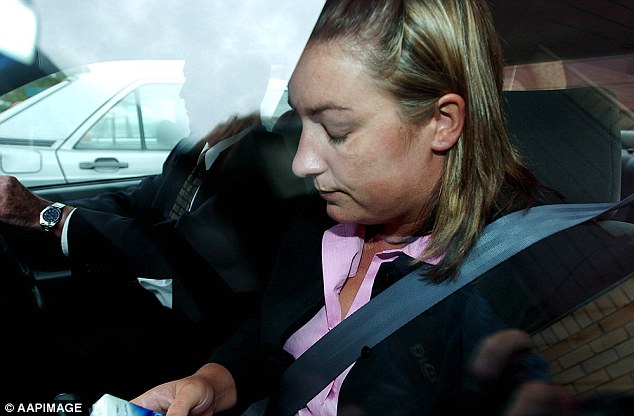 Dr Ruyters said that if Lane had been seen in the vicinity of Wisbeach Street, while she was or was not with Andrew, ‘that immediately suggests that her story has an element of truth’.

A police investigation found a man called Andrew Morris or Andrew Norris did not live in the apartment building at the time.

When police showed tenants who lived in the building at the time a picture of Lane as part of their murder investigation, none said they had seen her around.

In the documentary, Lane told journalist Caro Meldrum-Hanna she was ‘certain’ she didn’t kill her baby – despite her own admission of being a serial liar.

For the first time since her conviction, Lane also spoke in detail about the last time she saw Tegan.

‘She’s so beautiful and just, she’s asleep and tucked in this… capsule. I was very upset, I was crying and Andrew was with his mother,’ Lane said.

‘They’d obviously been sitting in the chair waiting and they stood up as we approached – “was this the right thing to do”?’