By Jordan Barnes For Mailonline

A series of heart-warming photographs taken in the Rwanda jungle capture the moment a baby mountain gorilla with a bouffant hairstyle crawls along the floor before it nestles up to its mother for a cuddle.

The cute infant was pictured with a smile on its face as it pulled on the mother’s feet before it went and curled up on mummy’s tummy for some much needed respite.

The mountain gorillas are a rare sight nowadays. The subspecies of the eastern gorilla, has two populations in the world, the first in the Virunga mountains of Central Africa – where these amazing photos were shot, and the second population is in Uganda.

The overall population is estimated to be 880 mountain gorillas, after census statistics revealed an increase of 26 per cent between 2003-2010. Although still increasing gradually, the growth rate has tailed off since.

Pull the other one! The fluffy tyke gives a smile as it grips onto its mother’s foot after some monkeying around 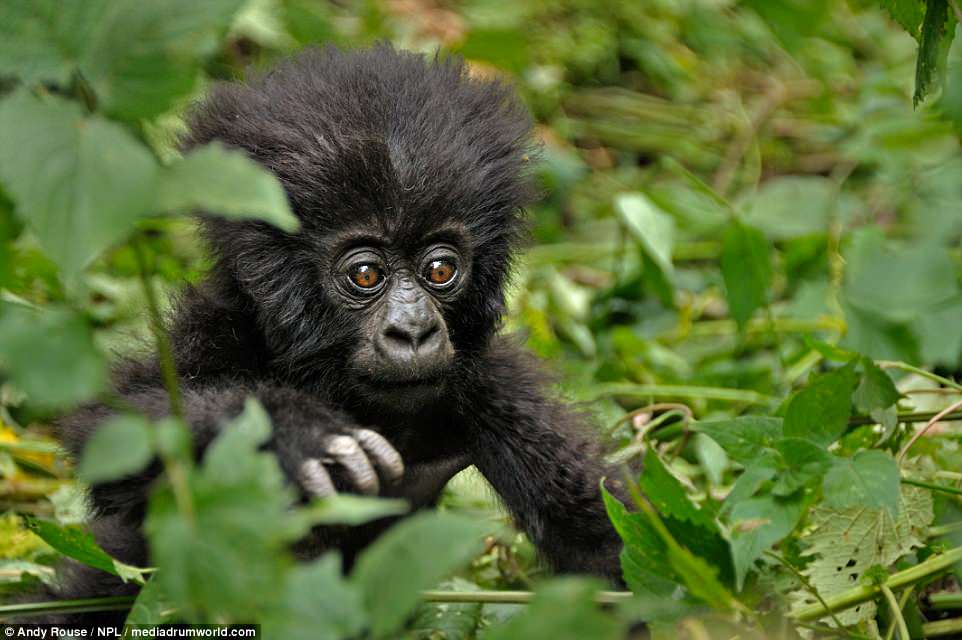 The baby gorilla was seen crawling along the floor as it got used to surroundings. The charming pictures were caught on camera by professional wildlife and aviation photographer, Andy Rouse 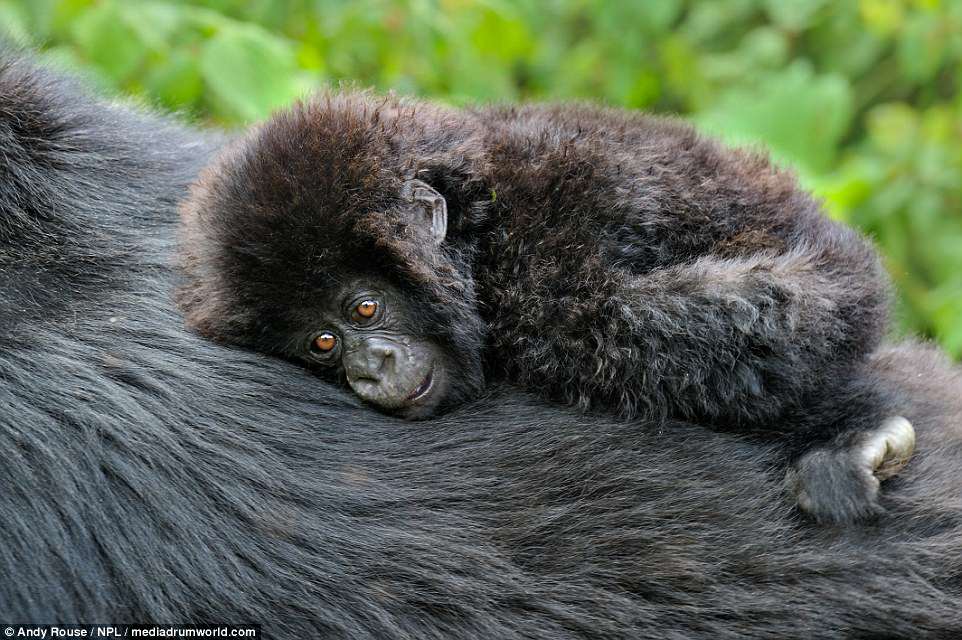 After play, it’s time to rest on mummy’s tummy for some much needed respite.  A male mountain gorilla can typically weigh 430-pounds with a height of five-foot when standing upright. Female mountain gorillas often weigh half as much as the males at 220-pounds and standing tall at just over four-foot 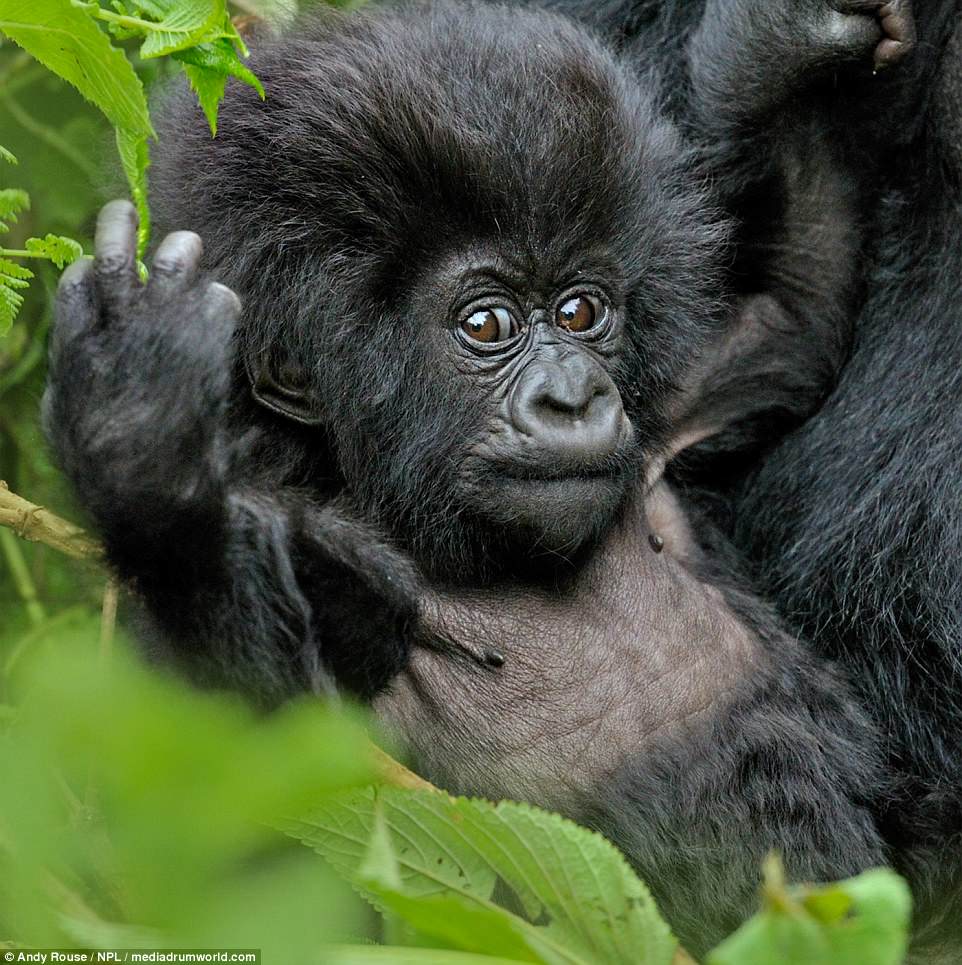 This baby gorilla clearly didn’t like having his picture taken. It appears to flash a middle finger in the photographer’s direction 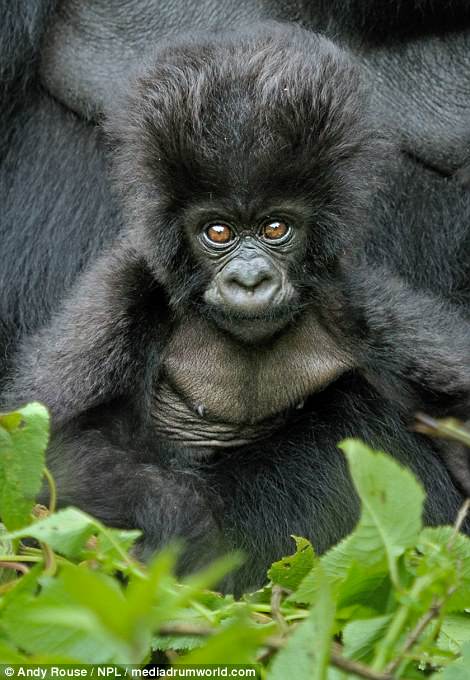 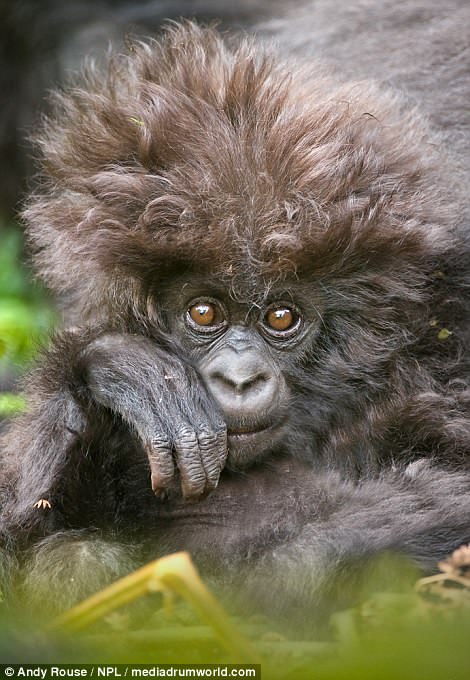 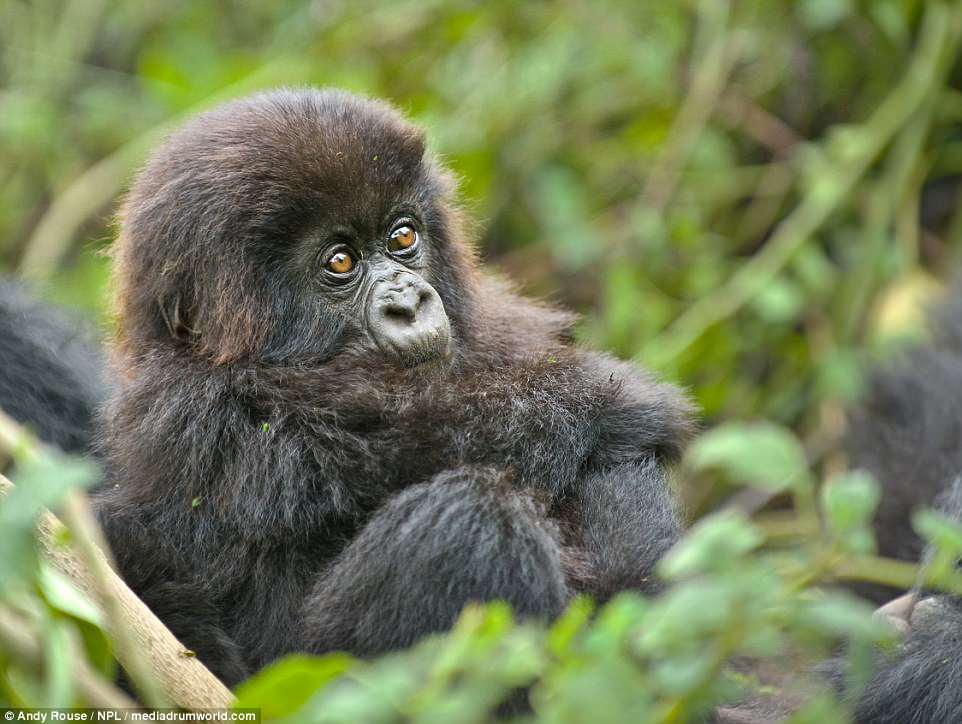