A woman has shared what she believes to be the top ten most hated baby boy and girl names around the world have been listed – and fans are stunned at those that made the list.

American baby name expert and author Laura Wattenberg carried out extensive research to compile her list, and discovered surprising reasons people like and dislike names in the process.

Shocking many of her fans, Laura’s controversial list featured names that are popular amongst celebrities, including Addison, Madison, Jayden and Aiden.

Baby name expert and author Laura Wattenberg has revealed the top ten most hated baby boy and girl names, and not everyone is happy with the list 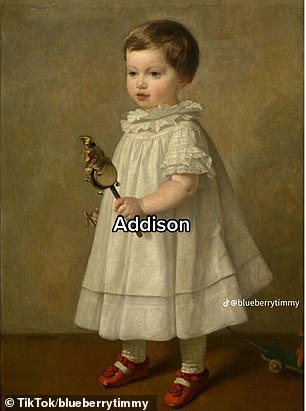 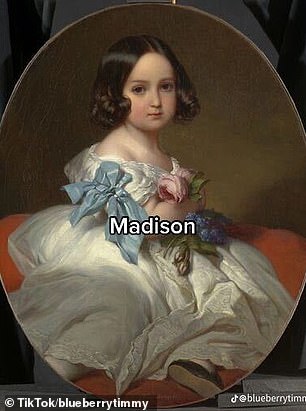 The surprising list contains popular names such as Addison, Madison, Jayden and Aiden. Research suggests people tend to take a dislike to names if they are difficult to spell, were traditionally used for the opposite gender or are too boring

Would you give your kids any of these names?

Speaking with Live Science Laura said people tend to take a dislike to names if they are difficult to spell, are traditionally used for the opposite gender or are too boring.

The most hated girls names include Destiny, Madison and Navaeh, which is Heaven spelled backwards.

Laura’s research suggests people dislike names such as Destiny as it confers virtue on to a child, while others view it as a name for an exotic dancer. 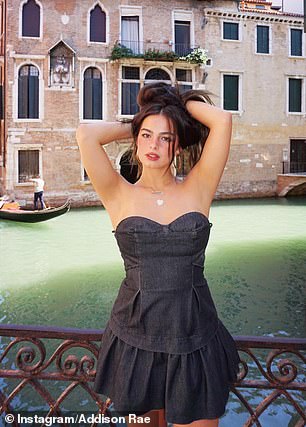 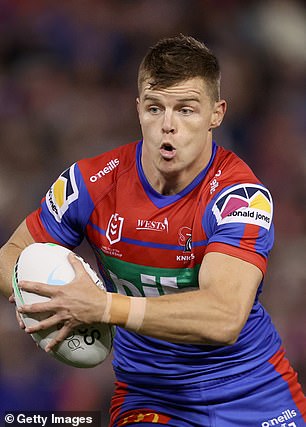 Some of the expert’s no-go girl names are favoured by celebrities such as TikToker Addison Rae (left). The most disliked boys name on the list was Jayden, a very popular name amongst Aussies (pictured is Australian professional rugby league footballer Jayden Brailey)

Laura said people particularly dislike the name Addison as it is considered masculine, and dislike Kaitlyn due to the spelling.

Jayden, Brayden, Aiden, and Kaden topped the poll as the most disliked boys names.

Laura said rhyming names are disliked as they are overdone and are now too popular.

Other boys names that are disliked include Hunter, Hayden, Bentley, Tristan, Michael and Jackson.

Several people believe names like Hunter are too aggressive, whilst others disliked Michael for being boring and Bentley because it is a brand name. 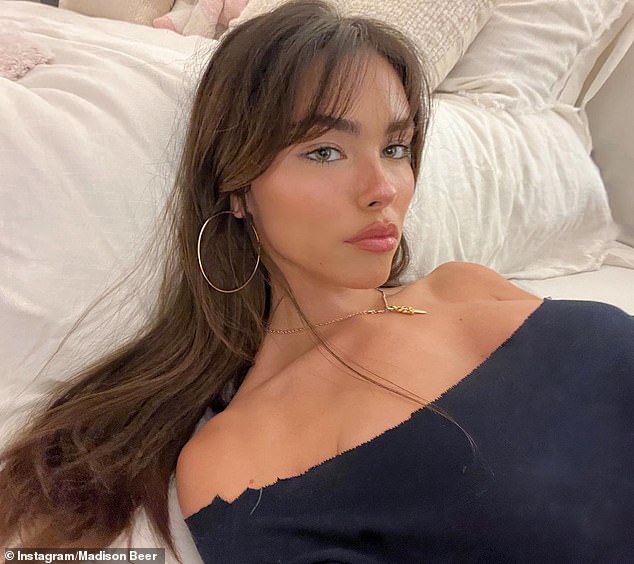 Many people were shocked the name Madison appeared so high up on the list. Madison has been trending in recent years and is popular with many celebrities, for example American singer Madison Beer (pictured)

The list was shared on TikTok and sparked outrage amongst viewers, particularly those who had names that featured on the list.

‘The first time my name makes a TikTok video and it’s because it’s hated,’ one woman said.

‘I was not expecting to be attacked,’ another wrote.

‘Me laughing then seeing my own name,’ another commented.

The most hated baby names:

Previously, a group of midwives revealed the worst names they have heard parents try to register, from names inspired by TV shows like Game of Thrones’s Khaleesi to unusual monikers like Colon.

The midwives shares their feelings when they heard mums and dads wanted to call their newborn names like Death, Monster Galileo or Fallopia. 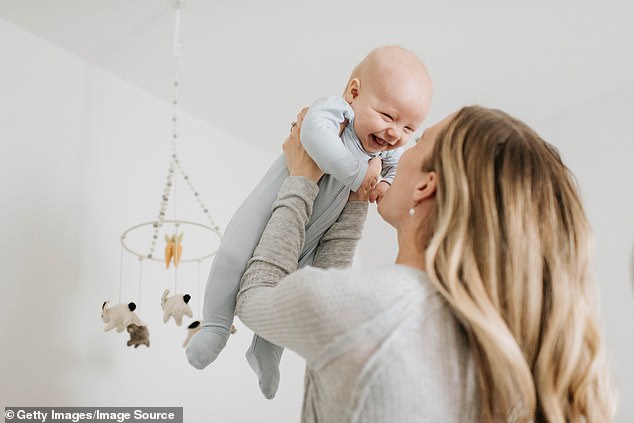 A group of midwives previously revealed the worst names they have heard parents try to register, from names inspired by TV shows like Game of Thrones’s Khaleesi to Colon (stock image)

The first name shared in the thread by one midwife was two ‘goth parents’ who decided to call their child ‘Death’.

‘Goth parents had a baby. They wanted to name this sweet baby girl Death,’ she said.

‘I could not stand for it. So I told them every time I went to type it into the birth certificate it changed the form to a death certificate.

‘Thankfully, they bought it and that girl is now named Morticia.’

The second name that came up in the thread was Khaleesi, which one midwife said she experienced from two parents in 2016.

‘As a family medicine resident, I personally delivered two different girls named Khaleesi, in around 2016 and well before season 8,’ this midwife posted.

‘I imagine there might be some buyer’s remorse,’ she added, as the Game of Thrones heroine eventually turned into the ‘Mad Queen’.

What were some of the other unusual names included?

Often, parents take traditional names and give them a unique spelling to make their child stand out from the masses.

But this backfired for one couple, when a midwife revealed that they wanted a unique spelling of the name Colin.

‘My classmate’s mother was a maternity nurse, and she once had a couple who wanted to name their son Colin, but with a unique spelling,’ she said.

‘My co-worker went to school with a girl named Fallopia,’ one woman said.

‘I feel sorry for her when she’s in biology class and they talk about Fallopian tubes.’

One of the strangest names included was Vyziion.

‘The mum was deep in substance abuse and she told us she wanted him named Zion,’ one midwife said.

‘We asked her to fill out the paperwork of everything for us to submit and put in the chart and she wrote down Vzyiion… she looked us dead in the eyes and said: “the V is silent”.’

One midwife said that while she and a nurse tried to talk one mum out of her unusual name choice, they were unsuccessful.

‘They insisted,’ she said.

‘The kid goes by “Galileo”. Honestly, I kind of like the sound of it for an adult or a performer’s name, but being a kid named “Monster” has to be rough in school.’