The heart-warming moment an orphaned baby elephant is welcomed into a herd by intertwining trunks has been captured on video.

Loisaba is an eight-month old male calf and arrived at the Retiti Elephant Sanctuary in Northern Kenya after being found malnourished and abandoned.

He is named in honour of the Loisaba Conservancy, the nature conservation project where he was found by one of its conservation officers.

Loisaba, right, sees his new friend Nadasoit, from the Reteti Elephant Sanctuary for the first time 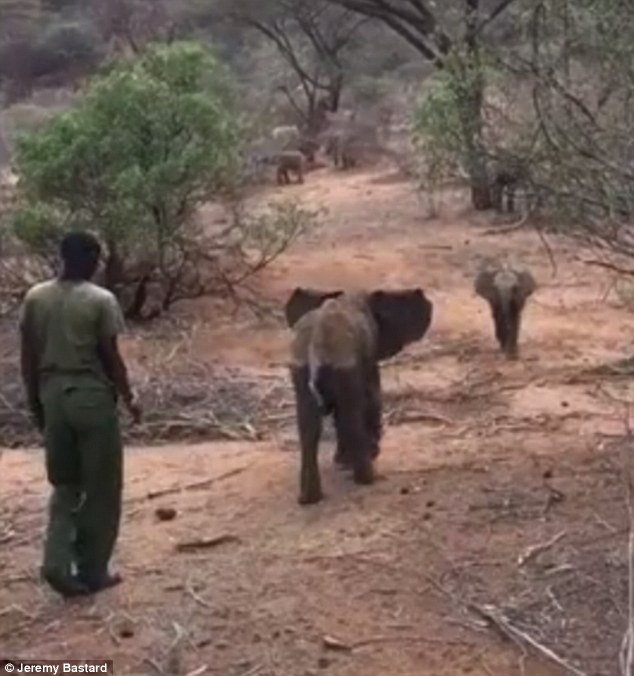 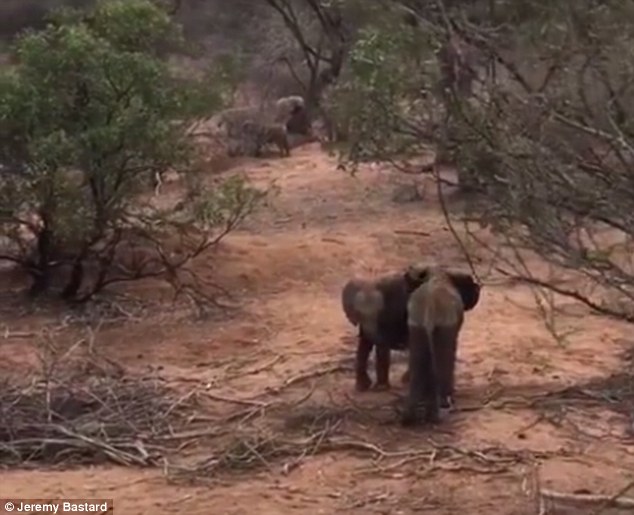 In the video, he is seen being fed by a staff member at the sanctuary before being introduced to Nadasoit, who came running down the hill to meet his new friend.

They then begin to intertwine trunks, like little children holding hands, as they get to know each other.

The sanctuary said ‘Loisaba quickly integrated into the Reteti herd’ and ‘the other elephants were excited to see him and eager to get to know him’.

‘They followed Loisaba everywhere for the rest of the afternoon. Loisaba is now a part of the family.

‘We are glad to be able to provide him a home and look forward to seeing him grown big and strong with the Reteti herd, and one day return to the land where he came from.’ 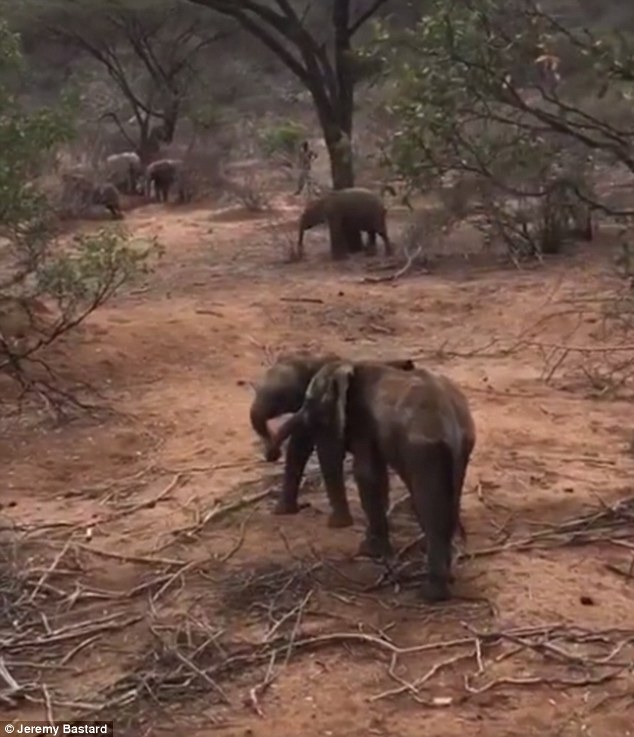 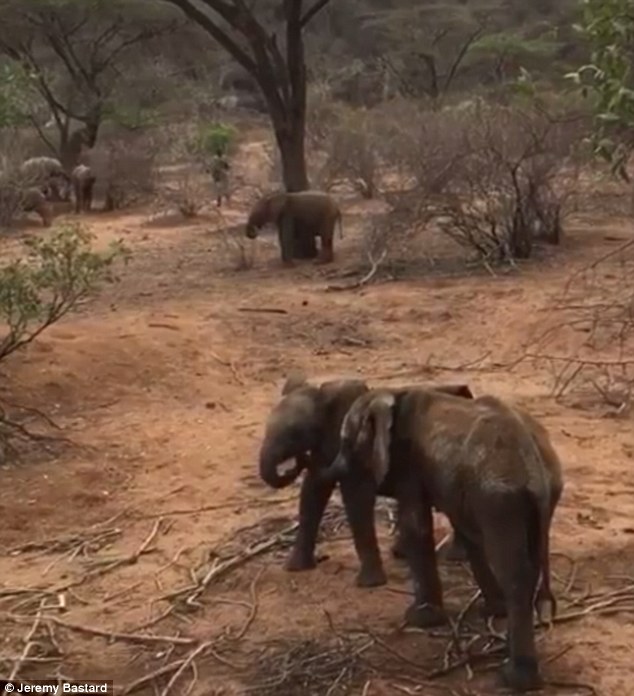 According to Retiti Elephant Sanctuary, Loisaba was spotted trying to join a nearby herd, but it was repeatedly rejected by the matriarch.

While they don’t know exactly what happened, they say mothers are not willingly separated from their calves so are assuming she was killed by poachers, as a result of human elephant conflict or due to drought.

‘When Loisaba was found, he was in bad shape and needed help. The dedicated staff at Loisaba Conservancy reached out to us at Reteti.

‘We chartered a plane, arriving with staff from the North Kenya Veterinary service. The calf was quickly and successfully sedated by dart, loaded onto a plane and brought back to the sanctuary for safe keeping.’

At first, because he wasn’t ready to join the herd, he would go out walking with his keeper, Lemarash, every day, all the while getting to know his surroundings.

Then said the sanctuary ‘we decided it was time for Loisaba to get to know the other elephants. It is always a beautiful moment to witness, and this introduction did not disappoint’.

The Reteti Elephant Sanctuary was officially opened in August 2016, to rescue and release orphaned and abandoned elephant calves.