One adorable baby has already learned that you can get a few more minutes of rest if you just shut your eyes and pretend to be asleep.

The precious tot from Austin, Texas almost had his parents fooled, looking peaceful as they ask ‘Jeremiah are you sleeping?’

‘Are you asleep or are you faking?’ the father asks as his son keeps his eyes shut. 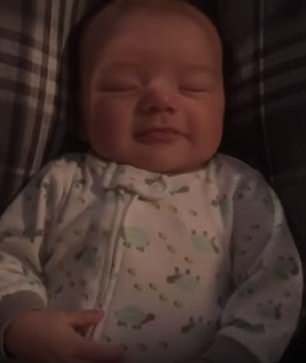 This adorable tot named Jeremiah from Austin, Texas tried to fool his parents into thinking he was fast asleep – but blew his cover when he cracked a smile

But then Jeremiah cracks the tiniest of smiles, and his mother and father begin to laugh.

But it seems Jeremiah wasn’t too happy about being caught, and soon his peaceful smile turns into a worrying pout.

The tot looks like he’s about to start crying, so his parents quickly try to soothe him with compliments on his acting skills. 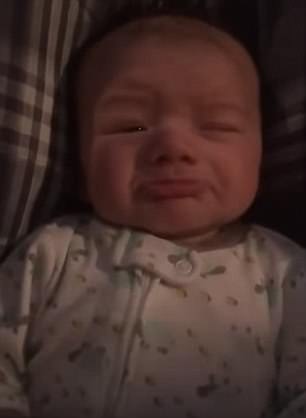 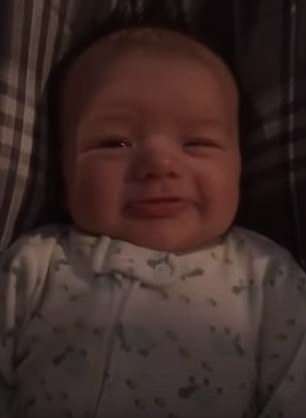 Jeremiah’s peaceful smile turns into a worrying pout, so his parents quickly try to soothe him with compliments on his acting skills

‘You’re asleep, you’re asleep! We believe you,’ his father says as Jeremiah begins to smile again.

As Jeremiah looks at his parents curiously, his father continues to reassure his son that they were fooled.

‘You were asleep the whole time weren’t you,’ he says, as Jeremiah breaks into an adorable grin.

‘Yeah!’ both his parents exclaim and laugh as Jeremiah smiles again. 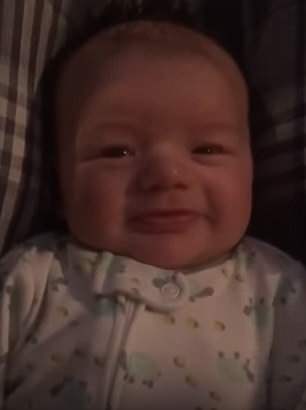 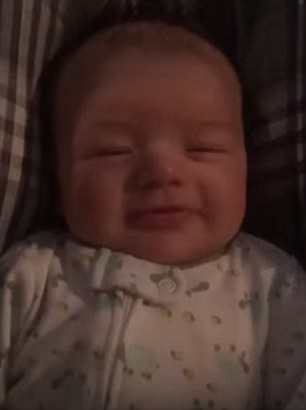 As Jeremiah looks at his parents curiously, his father continues to reassure his son that they were fooled so he peacefully smiled once more