Not a fan of the heat! Sneaky baby snake found hidden inside a car air conditioning vent

A baby tree snake has been found hiding inside the air conditioning vent of a car.

The slithery discovery was found on Wednesday by a team of mechanics on Queensland’s Sunshine Coast as they worked on a customer’s car.

Stuart McKenzie from Sunshine Coast Snake Catchers said while the reptile was not venomous – he still have the mechanics quite a fright.

‘The mechanics were working on it and suddenly it popped up out of the dash and it sent everyone running,’ he said.

‘It’s just lucky no one was driving.’

Tree snakes, which are also called green tree snakes, have no fangs or no venom, and prefer slithering away from potential trouble then attacking.

They are common in Queensland backyarns.

Mr McKenzie said finding snakes in cars is more common in older models which have more gaps for the reptiles to slither through.

‘Since September we’ve only had five, so while it’s not that common, but it does happen,’ he said. 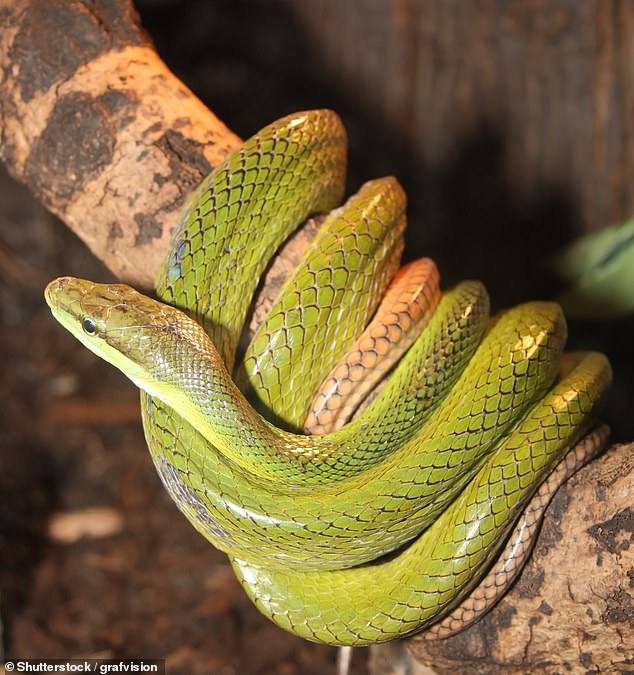 The mechanics at MJB Bodyworks and Fabrication shared the image online and were quick to praise Mr McKenzie for his efforts.

‘We had this little creature hiding in one our customers vehicles today, not knowing how big this snake was or if it was venomous we called Stuart from Sunshine Coast Snake Catchers to remove our problem,’ they wrote.

What should you do if someone is bitten by a snake?

Source: Department of Environment and Water