A female Sumatran orangutan – a critically endangered species – was born at the Denver Zoo on Sunday.

The baby was given the name Cerah which means ‘bright’ in Indonesian and refers to sunshine.

The orange-haired ape has been taken away from public view to bond with her parents Nias and Berani, according to ABC News.

The Denver Zoo celebrated the birth of a baby female Sumatran orangutan on Sunday, pictured above with mother 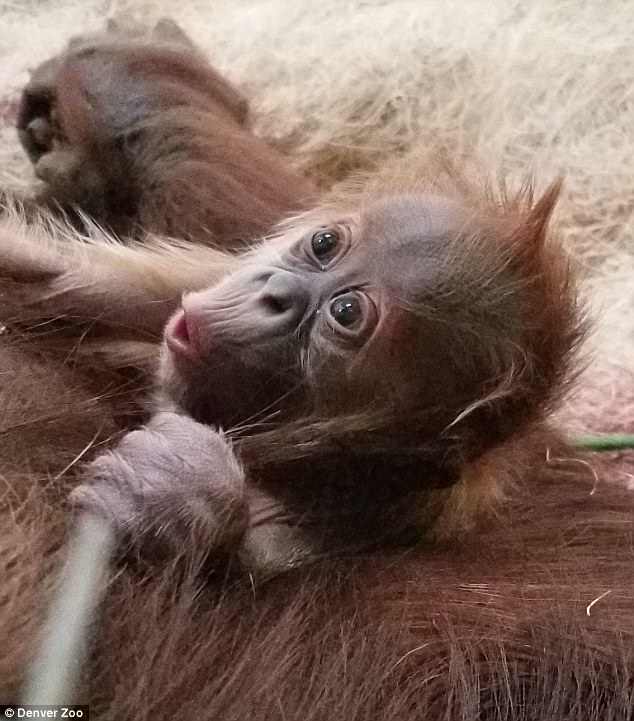 The baby ape, pictured above, was named Cerah which means ‘bright’ and refers to sunshine 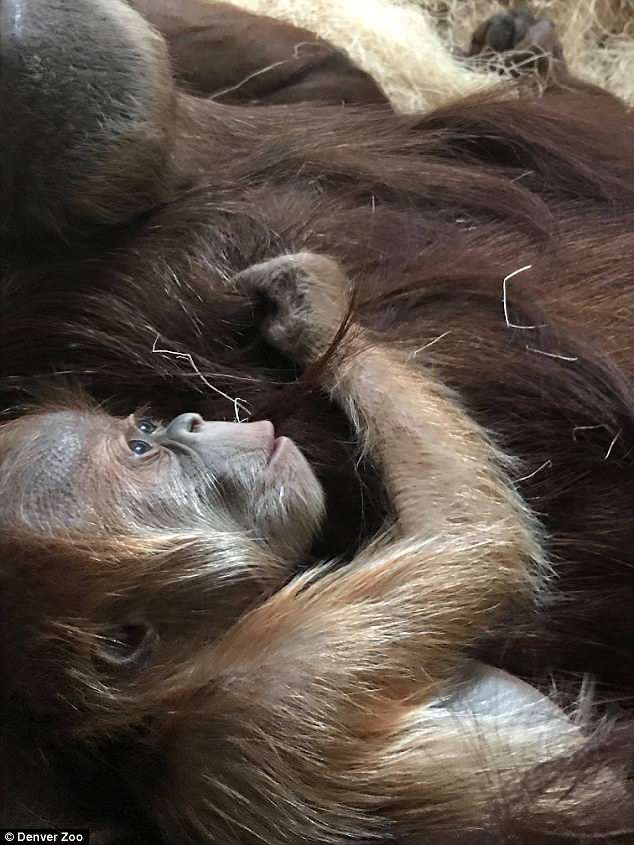 Zoo officials say the baby and mother are healthy and well.

Cerah is expected to make her public debut within the next two weeks.

She will reside in the Great Apes exhibit at the Denver Zoo in Primate Panorama.

The baby was the result of the zoo’s set up of her parents in July, with the hopes of keeping the species procreating.

Zoo officials say Sumatran orangutans number only 14,600 across the globe.

Habitat loss is a major reason for their decline. 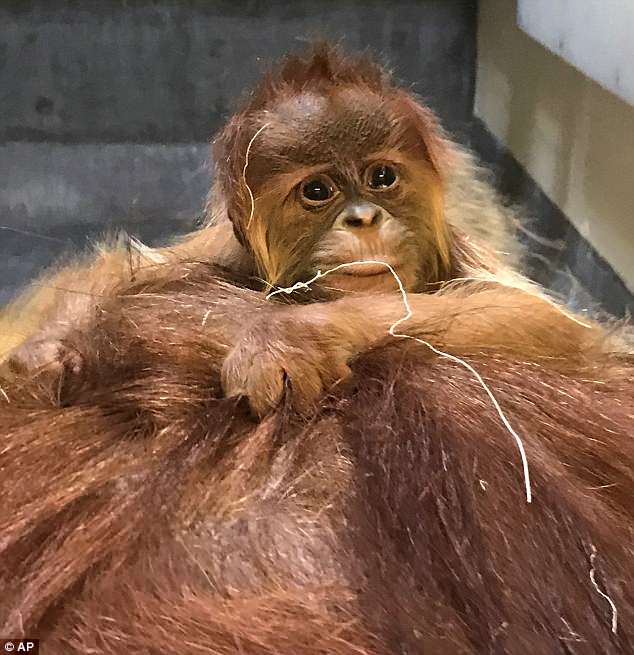 The orange-haired ape is one of 14,600 critically endangered Sumatran orangutans worldwide The baby and parents Nias and Berani have been removed from public view to bond, pictured above