PICTURED: Babysitter, 24, who was charged with murdering two-year-old boy who had gone missing in Philadelphia two weeks ago and whose body has not been found

Police in Philadelphia have arrested a babysitter on murder and related counts in connection to the disappearance of a two-year-old boy nearly two weeks ago.

Philadelphia District Attorney Larry Krasner on Monday announced nine charges against 24-year-old Tianna Parks stemming from the presumed death of King Hill, including murder, endangering the welfare of children, interference with the custody of children, abuse of corpse, tampering with evidence and obstruction of justice.

King’s body still has not been found. The boy would have turned three at the end of the month. 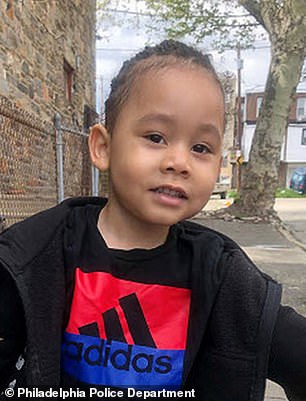 Tragic: Babysitter Tianna Parks, 24 (left), was arrested and charged with murder in the disappearance of King Hill, 2 (right), in Philadelphia in early July 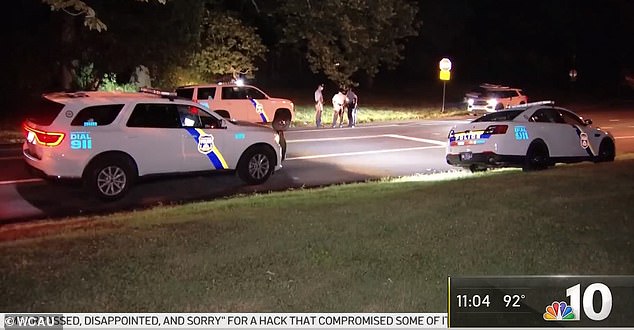 King’s stepfather reported him missing two weeks ago, after he learned that Parks never handed over the child back to his mother as she claimed

Parks was arrested on Sunday and arraigned on felony and misdemeanor charges on Monday afternoon, reported NBC Philadelphia.  She was ordered held without bail.

Police said King was in Parks’ custody when he was reported missing on July 8 by his mother.

During a press conference on Monday, the lead homicide investigator said that

Krasner’s press release stated that an investigation led by Philadelphia police and the FBI has uncovered cell phone and video evidence that concluded Hill is dead.

Amber Hill, the boy’s mother, said her son had gone to stay with the father of her older daughter weeks earlier, which was routine.

But two weeks ago the man asked Hill if she picked up King from the home of his friend, Parks, at the corner of 33rd and Diamond Streets, reported Fox29.

Hill said she did not pick up King, and that she has not seen Parks in weeks.

Parks told police Hill did collect her son, claiming that she handed off the toddler to his mother at the corner of 31st and Montgomery streets.

When King’s stepfather realized the two-year-old was nowhere to be found, he reported him missing. 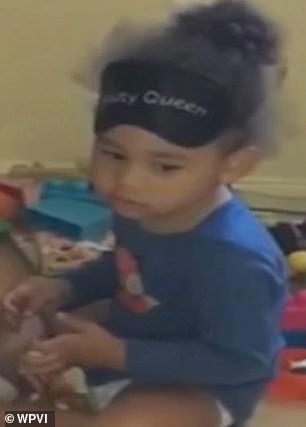 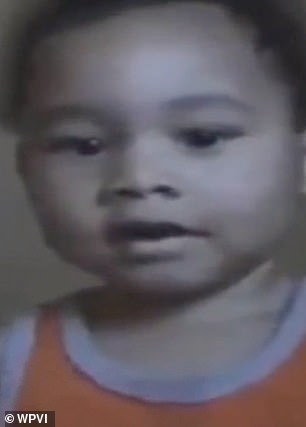 King would have turned three at the end of July. His body has not been recovered 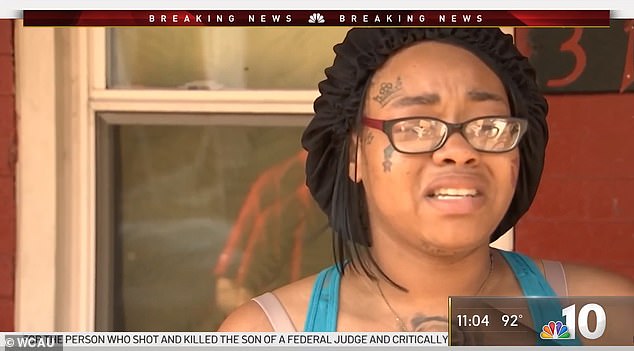 Amber Hill, King’s mother, said she thought the boy was safe in the care of his stepfather

‘I blame myself for even trusting my baby’s father with my son,’ Hill told CBS Philadelphia. ‘I thought he was in good hands and he gave him to this woman, this woman I don’t know, that he knows. And now my son is deceased.’

Police detectives and an official from the District Attorney’s Office broke the news of King’s death to his family on Sunday.

‘The death of King Hill is an unbearable tragedy that is compounded by Tianna Parks’ actions,’ Krasner stated. ‘This precious baby’s family and community deserve to know how he died. They deserve the opportunity to bury and mourn him with dignity.’

‘Wherever he is at, whatever happened to him, just bring him back so we can put King to rest,’ Ward told 6abc.