Bachelor in Paradise fans love Conor and Mary together

Bachelor in Paradise’s Mary Viturino confessed to host Osher Günsberg that she could see herself marrying Conor Canning, during Sunday night’s finale episode.

And while they are not yet engaged, the pair confessed to being in love, gifting each other promise rings.

Viewers declared Mary and Conor ‘couple goals’ in a series of feel-good tweets.

‘OMG Mary & Conor did last! Let’s hear it for love!’ one posted online.

Another said: ‘Honestly, Conor and Mary are so radiant when they’re around each other, and I love that so much.’

‘Mary and Conor are honestly couple goals, they are the sweetest,’ one also wrote.

One wrote on Twitter: ‘Honestly, Conor and Mary are so radiant when they’re around each other, and I love that so much’

Another joked that their teeth ached from smiling at Mary and Conor on screen.

During Sunday night’s episode, Mary, 32, told host Osher that she’s in love, and has dropped hints to Conor, 29, about getting married.

‘I always drop a hint, like, “okay, let’s get married”. Not sure he’s picking it up, though,’ she said with a laugh. 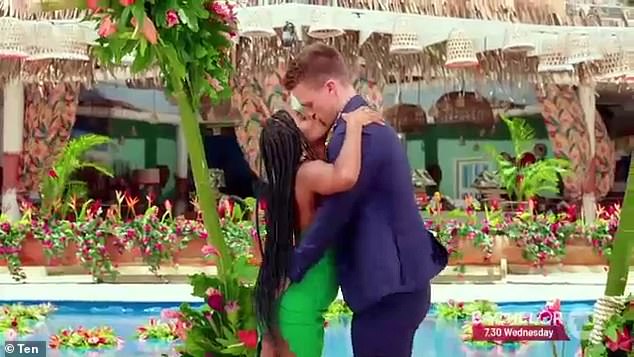 Smitten: During Sunday night’s episode, Mary told host Osher Günsberg that she’s in love, and has dropped hints to Conor about getting married 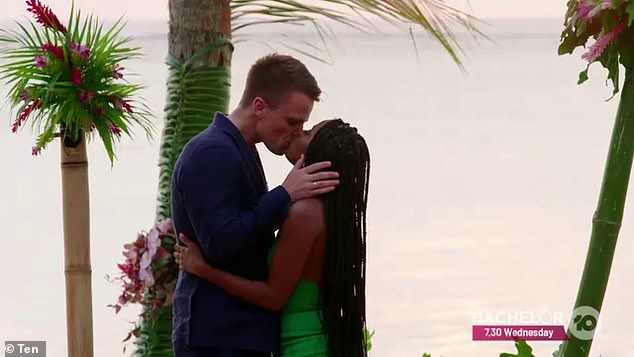 Heartfelt: The couple confessed their love for one another and shared promise rings

Mary was then greeted by Conor who declared his love for her, saying: ‘Mary, I am in love with you. I’ve never been so sure of anything in my life. You genuinely mean the world to me.’

‘I’m so happy that we connected and we stayed together and we spent all this time,’ she told Conor. 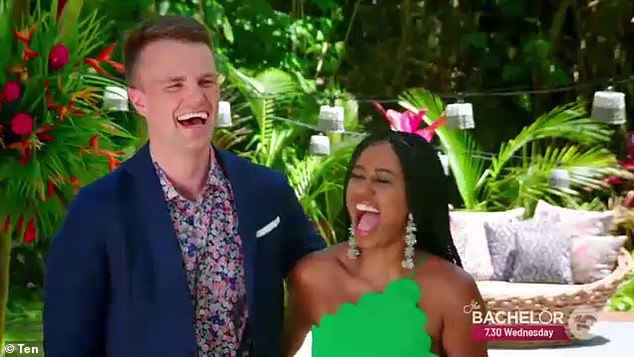 Gushing: In his speech, Conor told Mary that she genuinely means the world to him, while Mary said she loved his confidence, patience and kindness