Bachelor In Paradise: Jarrod presents Keira with a ring

Jarrod Woodgate and Keira Maguire  finally declared they were ‘in love’ with one another on Monday night’s finale ofBachelor In Paradise.

During a romantic commitment ceremony, 32-year-old Jarrod tearfully declared: ‘I feel honoured to call you my girlfriend.  Keira Jane Maguire, I love you!’

He then presented the 31-year-old blonde with a diamond commitment ring, leaving her struggling to contain her emotions.

Happily ever after! Jarrod Woodgate and Keira Maguire publicly declared they were ‘in love’ with one another on Monday night’s finale of Bachelor In Paradise

‘This commitment ring means that I’m devoted to you, devoted to our relationship, and our future,’ he stated as he slid the ring onto her finger.

Feeling overwhelmed, Keira then replied: ‘From the first time I saw you, I just was drawn to you. I ran up to you and I just hugged you and I didn’t want to let you go.I didn’t know what it was’.

She continued: ‘But it wasn’t until I actually looked into your eyes and we connected that I realised that you were someone very special.’ 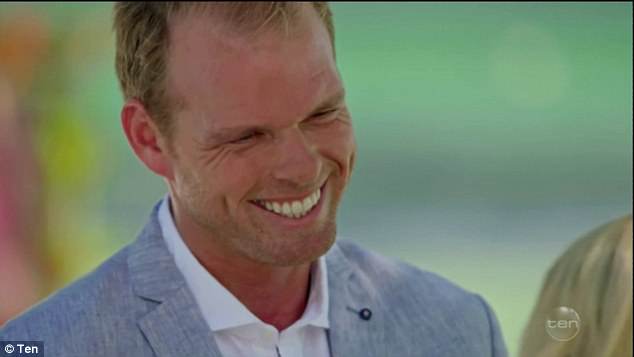 Jarrad gets his happily ever after! The vineyard manager couldn’t keep the smile off his face 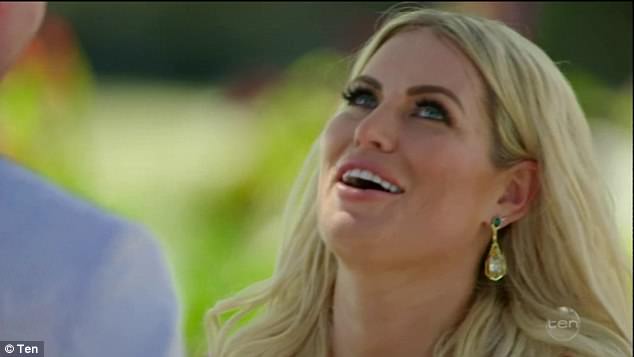 ‘From the first time I saw you, I just was drawn to you’: Keira declared her love for Jarred in the emotional finale