Tyler Cameron on Sunday observed his first Mother’s Day while mourning his late mom Andrea, who tragically died at 55 less than three months ago after suffering a brain aneurysm.

Cameron, 27, took to Instagram Sunday with throwback shot of himself flanked by his mom, writing, Always had my back. Still do.’

The Jupiter, Florida native, speaking with Entertainment Tonight, has remained in the Sunshine State to quarantine with family in the wake of her tragic passing February 29, weeks before the national shutdown to flatten the curve of the coronavirus outbreak was implemented.

Memories: Tyler Cameron, 27, on Sunday observed his first Mothers Day while mourning his late mom Andrea, who tragically died at 55 less than three months ago after suffering a brain aneurysm

‘Easter was tough, so I can only imagine what [Mother’s Day] is gonna be,’ said the reality star. ‘But we are going to make the most of the day. We’re going to honor her, we’re going to celebrate her.

‘That’s the most important thing – we’re going to celebrate her and be grateful for the years we had with her.’

Cameron, who is with his brothers Ryan and Austin in Florida, said that the ‘silver lining’ to emerge from the family tragedy was that he was with his family when the shutdown was implemented, instead of New York City, where he had been residing.

‘It’s the silver lining within all of this, is that although it was tragic what happened to my mother, I couldn’t imagine being back in New York,’ Cameron said. ‘I’ve seen the challenges and the tough times that they’ve faced, because I got to be here. 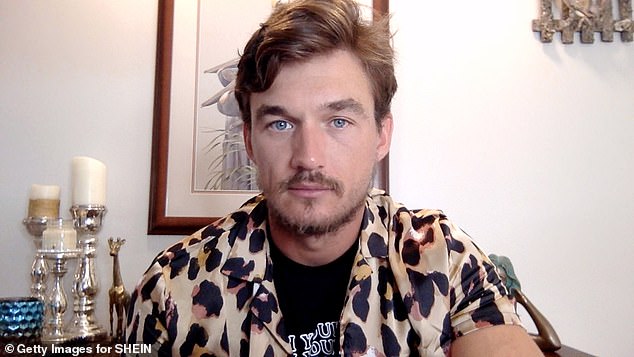 Focused: Tyler said he and his brothers were ‘going to celebrate her and be grateful for the years we had with her’ 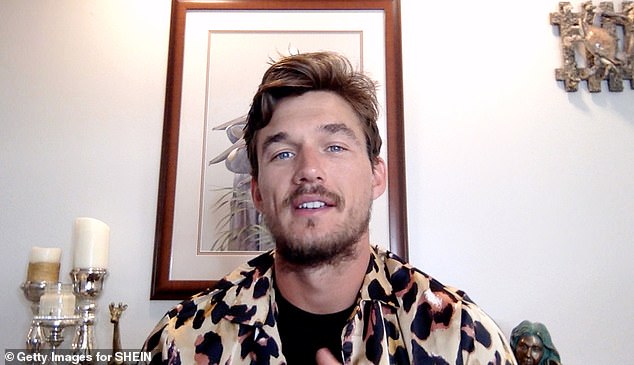 Good son: He told US that his late mom ‘is a beautiful soul and a beautiful spirit’ and that he and his brothers would band together on the solemn day

‘The silver lining is that I’m grateful I’ve been able to be here and be there for them … because I couldn’t imagine them being alone right now and myself being alone either.’

He told US that his late mom ‘is a beautiful soul and a beautiful spirit’ and that he and his brothers would band together on the solemn day.

‘I think it’s going to be a moment that me and the brothers spend together,’ Cameron told the magazine. ‘We’ll reflect and be thankful and grateful for the, for me, 27 years I’ve had with her and just make the most of the day.’ 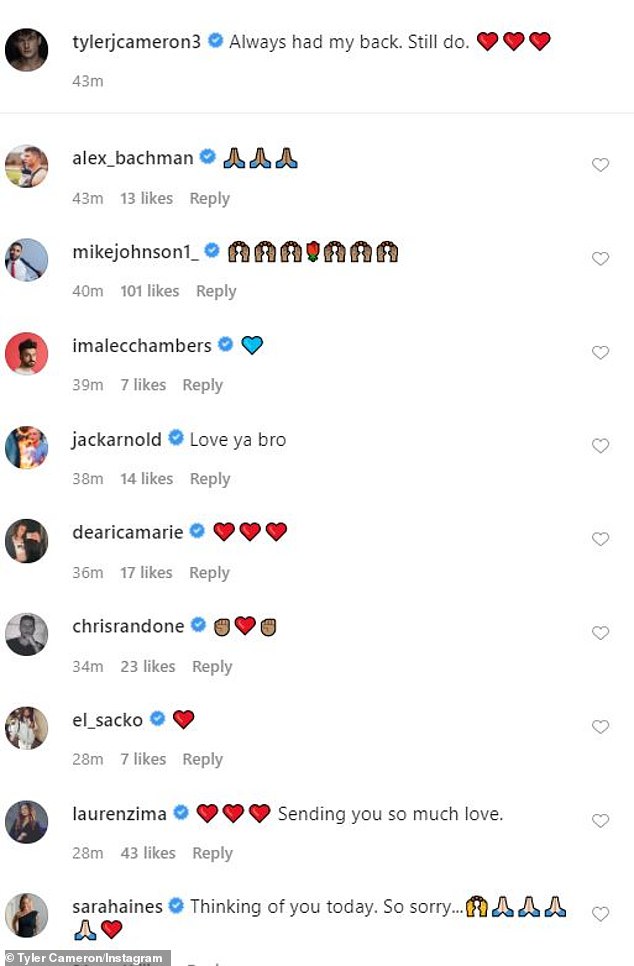 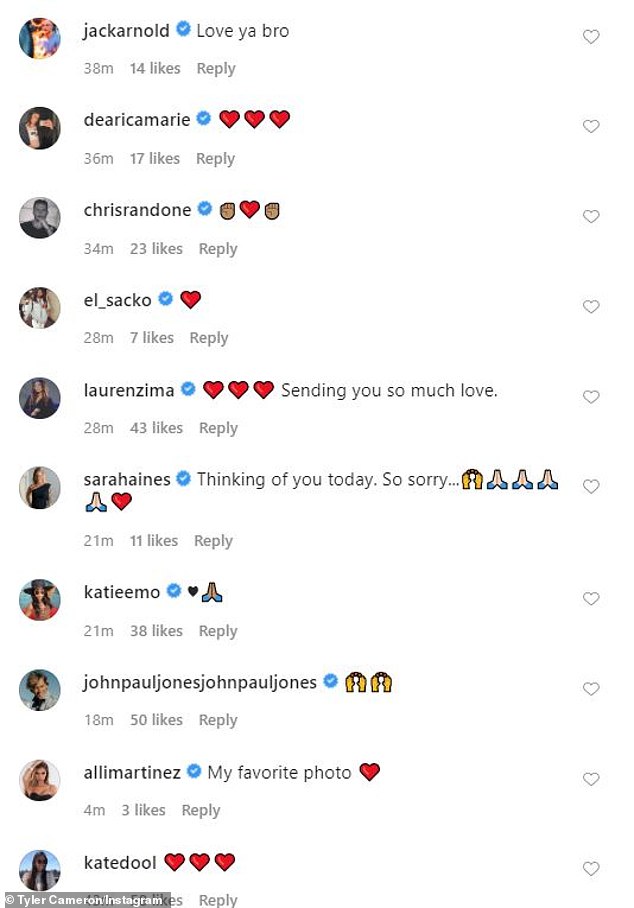 Support: The reality star was comforted by friends and colleagues on the emotional day

Cameron told ET that he was using the time in lockdown to make home improvements, which he previously intended to do for his mom.

‘I still owe it to my little brothers, just to remodel it for them now and make sure they have a place they can always call home; so, that’s my goal right now,’ he said.

The contractor has a new Quibi show titled Barkitecture, focusing on dog houses for the stars.

‘I’m a big dog lover and my background is construction, so when this opportunity came [along, I said], ‘I want to be a part of this opportunity anyway I can,’ he told ET. ‘And it just worked out. I’m so excited to share it with you guys. It’s just so much fun, and it’s just a fun cute show and for all dog lovers out there.’