The gym junkie boyfriend of Bachelor star Kirralee ‘Kiki’ Morris has been convicted of supplying steroids, the same week the pair made a couple’s escape to Byron Bay.

Lucas Azzopardi joined his girlfriend on holiday in the beachside hotspot this week, with the pair pictured soaking up the sun and splashing about in the waves.

But while most enjoyed clear blue skies, there was a cloud hanging over Azzopardi.

On Thursday the 28-year-old was handed to a two-year community corrections order by Chief Magistrate Michael Allen after being convicted on two counts of taking part in supplying a prohibited drug. 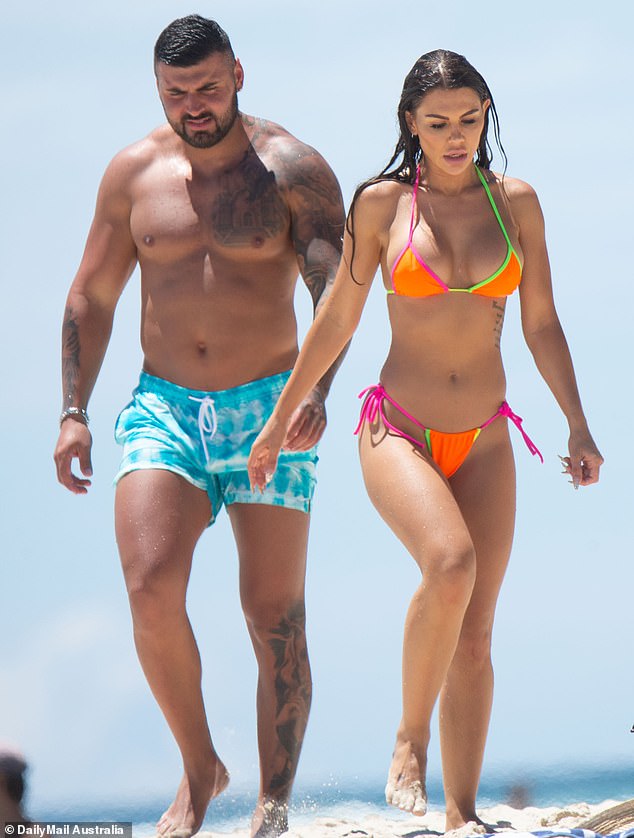 Police cottoned on to his illegal activity after arresting a series of other men.

After linking them to Azzopardi they arrested him and seized his mobile phone.

On it they discovered a screenshot of an Australian Border Force seizure notice and, messages he sent to others via text, Instagram and SnapChat about the drugs being seized.

‘Our stock got seized bro so I have to see what’s left at the safe house. Only can give you test (testosterone) for the next two weeks cuz sorry,’ the texts read.

Azzopardi must be of good behaviour for two years, received a $2,200 fine and must perform 100 hours of community service.

Morris only went public with the couple’s relationship on Instagram last week, telling Daily Mail Australia she was very happy to have finally met such an ‘intelligent’ man.

Despite only officially getting together, the pair have been friends for some time. 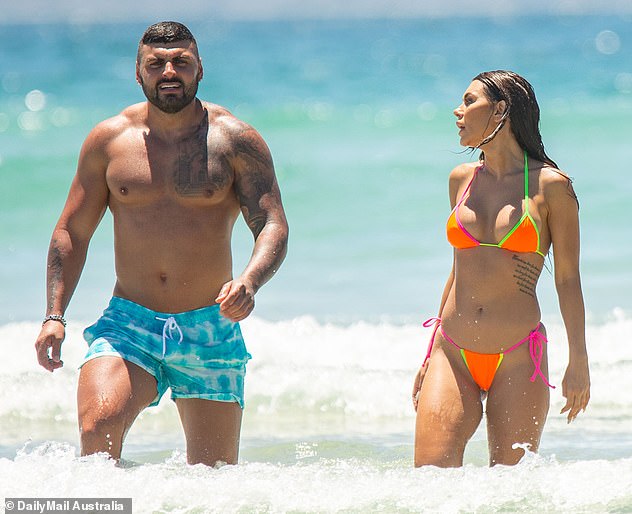 Azzopardi, 28, was handed to a two-year community corrections order by Chief Magistrate Michael Allen after being convicted on two counts of taking part in supplying a prohibited drug (pictured together just a few days earlier in Byron Bay) 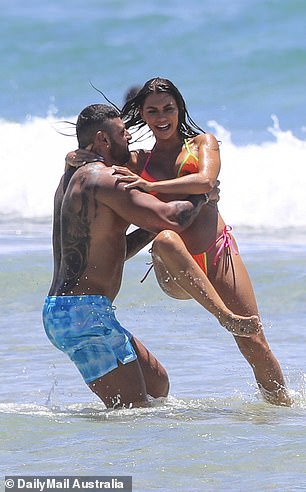 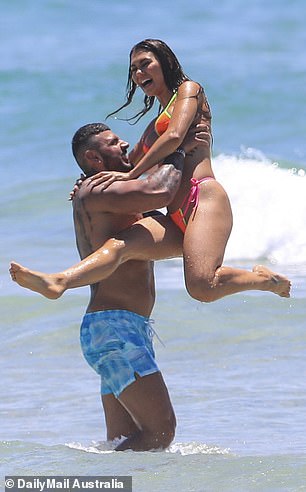 The seriousness of the court case did not seem to ruin Azzopardi and Morris’ holiday, with the pair pictured frolicking in the waves and relaxing on the beach at the popular Byron Bay 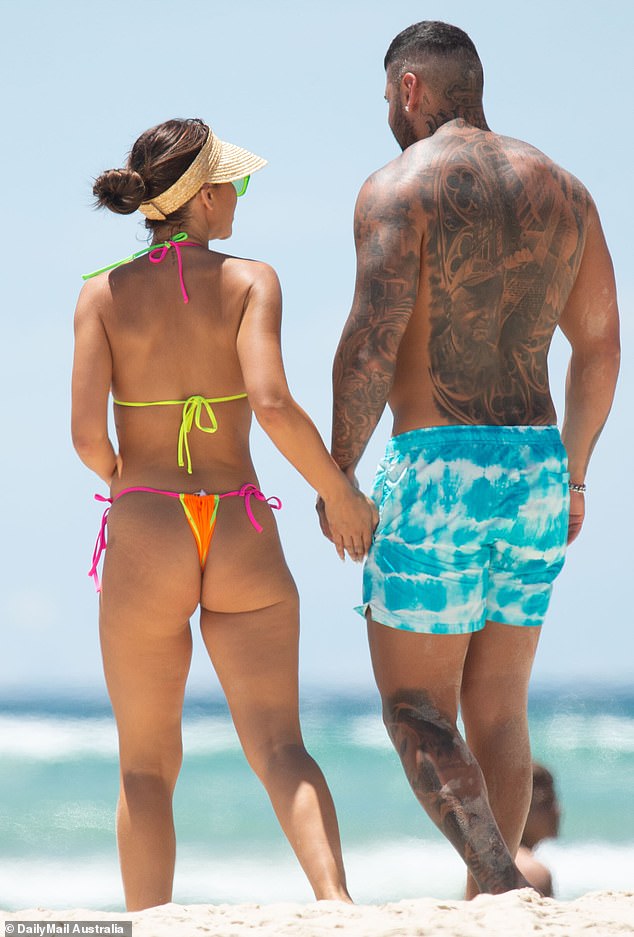 Morris (left) only went public with the couple’s relationship on Instagram last week, telling Daily Mail Australia she was very happy to have finally met such an ‘intelligent’ man 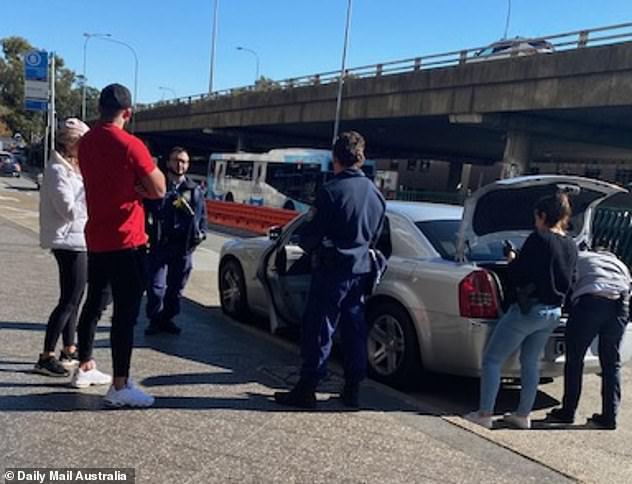 Morris and Azzopardi were first pictured together last June after a passerby snapped them as they stood on the footpath during a random police stop. NSW Police confirmed it was simply a routine search and neither party was accused of any wrongdoing

In fact they were pictured together last June during a random police stop at Bondi Junction Westfield.

Photos showed the couple standing on the footpath outside the shopping centre as officers went through the vehicle they were travelling in.

At the time, Azzopardi claimed the car was not his and NSW Police confirmed the check was just routine.

‘It was a random check, it was the wrong person, that’s not my car I’m just borrowing it,’ he said.

Kiki rose to fame on Richie Strahan’s season of The Bachelor in 2016, and returned to the franchise on Bachelor in Paradise last year.