She’s the glamour model who failed to win the heart of Richie Strahan on The Bachelor two seasons ago.

And now Kiki Morris has taken her moves to the basketball court, flaunting her enviable body in a series of Instagram story videos on Friday.

The 28-year-old beauty took to the photo-sharing app to show off her washboard abs and pert derriere in a barely there two piece as she bounced a basketball. 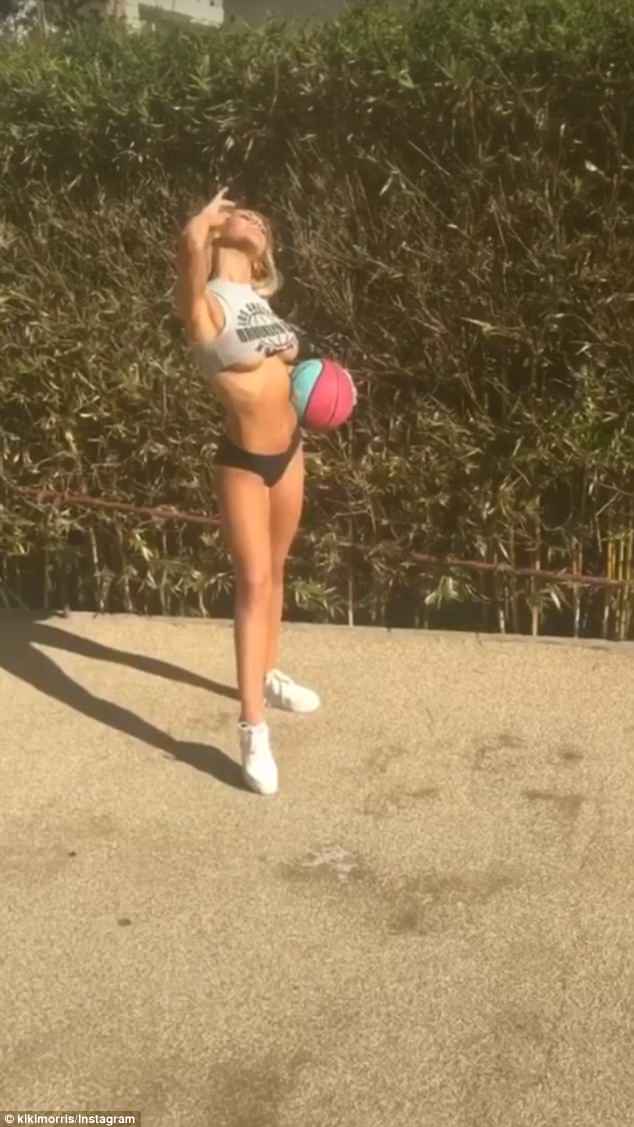 Tanned and toned: Glamour model Kiki Morris took to photo-sharing app Instagram to show off her washboard abs in a barely there two piece

The high-cut grey crop top also put the busty babe’s assets on display as she showed off a generous amount of underboob.

In the first of the clips the flirty star asked followers ‘who’s up for a game?’ as she bounced the ball away from the camera.

Sydneysider Kiki has remained in the spotlight since her stint on The Bachelor largely thanks to her dedicated following on Instagram. 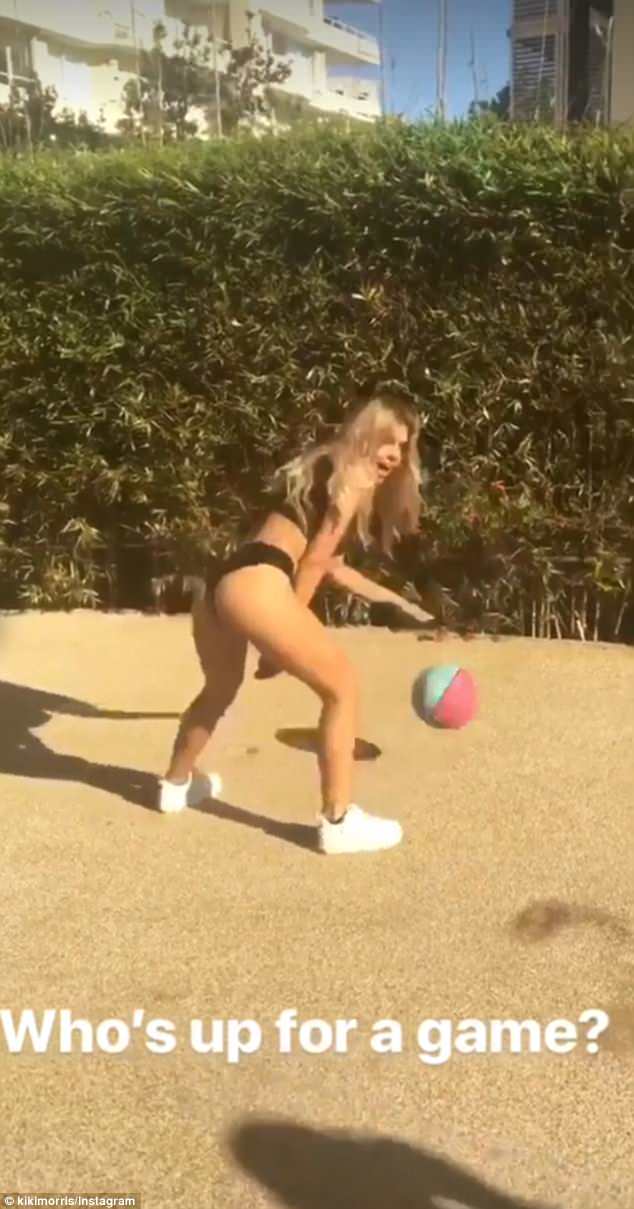 Popular: The former Bachelor contestant has remained a favourite with fans thanks to her regular presence on photo-sharing app Instagram

In February, the former contestant took to the app to inform fans she told fans she had stopped by her local plastic surgeon’s office in Darling Point.

The revelation came a year after she admitted to getting a ‘slight facelift’ which followed a previous break augmentation.

The reality star has previously admitted to getting breast implants, telling OK! Magazine she had been bullied in school. 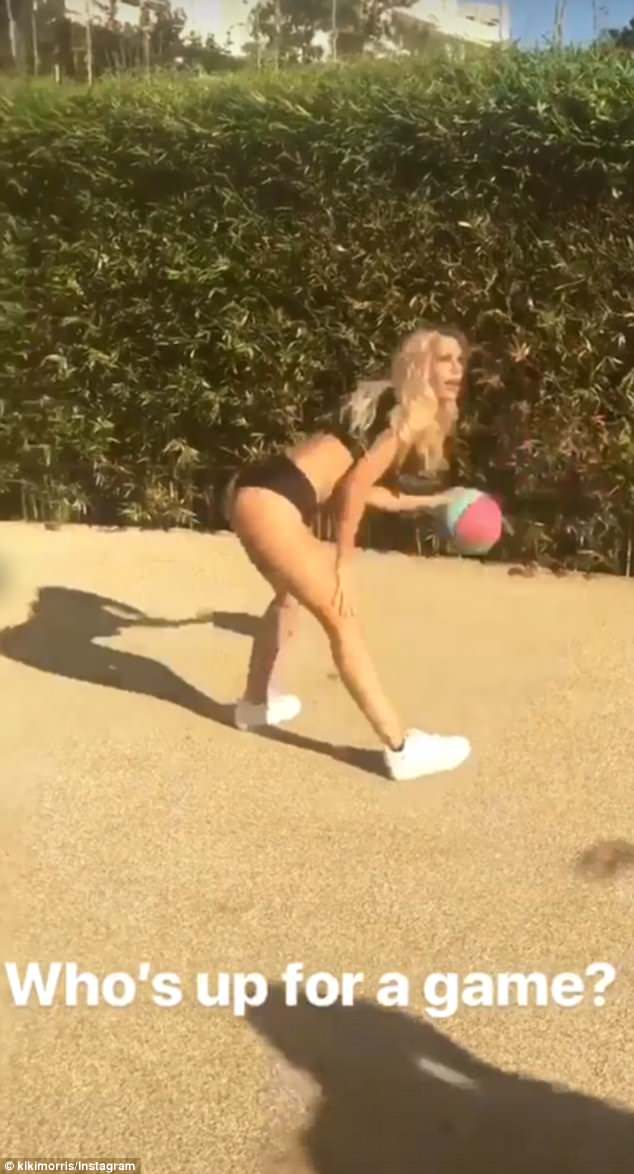 ‘Who’s up for a game?’ Kiki showed off her athletic body in a series of Instagram stories

There has also been allegations the star has used lip fillers, as she is often seen showing off a plump smile in many of her posts.

The comments came after the self-confessed animal rights activist built a modelling portfolio that extends to racy men’s magazines such as Ralph and Zoo. 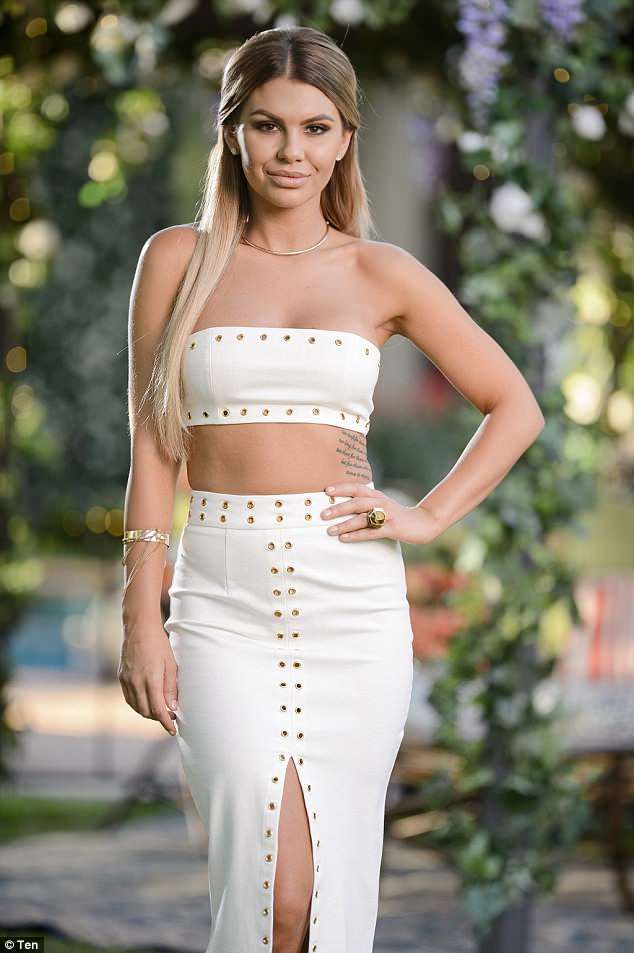 Looking for love: The 28-year-old first found fame on the series after failing to win Richie Strahan’s heart two seasons ago 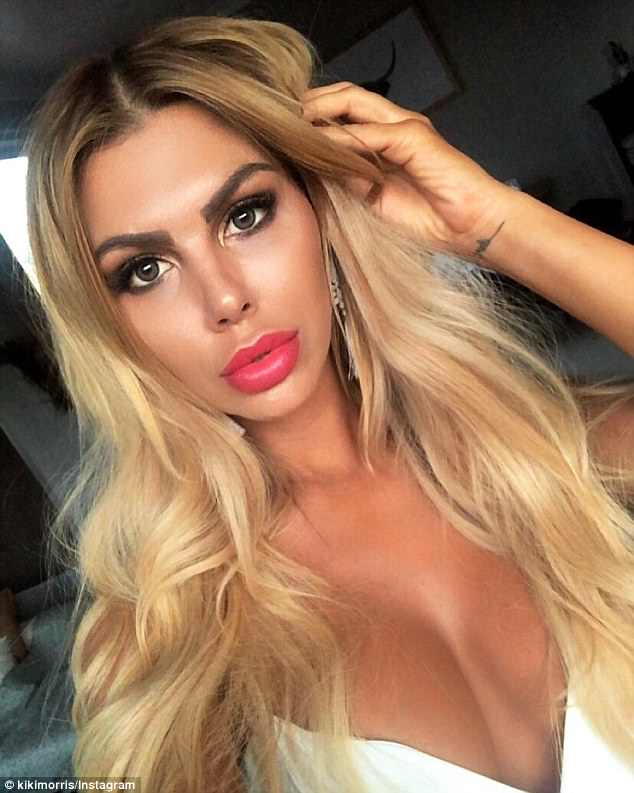 ‘I used to get teased for being so flat-chested’: The bombshell revealed her pre-surgery insecurities in an interview in 2016