Bachelor star Nick Cummins is embroiled in a legal dispute over claims a brand of underwear he promotes isn’t the ‘Aussiest Undies Ever’.

Step One Clothing Australia sued in the Federal Court claiming Sojo Pty Ltd, the business that makes TRADIE jocks, misled customers by claiming its products are ‘true blue’ Australian when laundry tags say they are made in China. Daily Mail Australia is not suggesting Cummins, Scott and Caslick have done anything wrong, and they are not involved in the court case.

Step One Clothing Australia accused Sojo of marketing, promoting, advertising, and selling the intimates by using false statements such as ‘The Aussiest Brand Ever’ and ‘we’re a whole of true blue’, according to the Herald Sun.

It also claimed the underwear company used deceptive hashtags such as #Aussieundies and #australianunderwear.

‘The conduct of Sojo in trade or commerce, represented to members of the public in Australia that TRADIE underwear is made in Australia and is the most Australian underwear,’ the court documents filed by Step One Clothing Australia claimed. 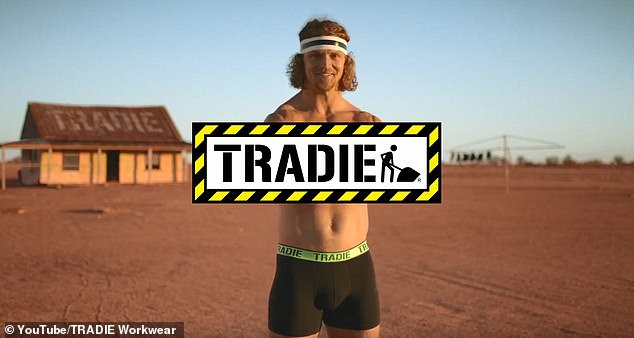 ‘TRADIE underwear is not made in Australia and is not the most Australian underwear brand.

A photo of the tag was also filed in court documents showing ‘Made in China’ was written on the label.

Directly above the manufacturing information, it says the product is ‘Australian family owned’. 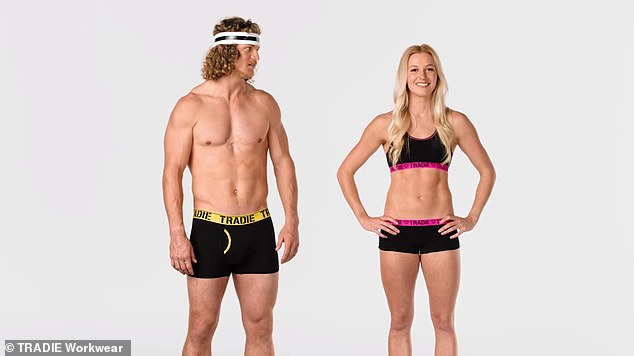 Step One Clothing Australia listed underwear labels that are ‘more Australian’ than TRADIE because they are made in Australia, including Tuffys & Tuffetts, Merino Country, Farm to Hanger, and Wonderpants.

The company also claimed Sojo falsely stated the bags TRADIE underwear is sold in are 100 per cent biodegradable, and is seeking an injunction to stop Sojo from continuing to claim products are the most Australian underwear.

It will ask the court to enforce a correction banner on the Sojo website for 60 days.