Former Bachelor Sam Wood has sold his fitness program, 28 by Sam Wood, for a whopping $71million.

The Melbourne-based personal trainer and entrepreneur sold the program to myDNA, which provides customers with personalised fitness and health plans based on an analysis of their DNA results.

‘I am so proud of what we have achieved so far and even more excited about what the future with myDNA holds,’ Sam told news.com.au.

Under the deal, Sam will become an investor in myDNA, holding a 5 per cent stake.

Since launching 28 by Sam Wood in 2016, the program has attracted more than 400,000 individual users and partnered up with the likes of Woolworths and Blackmores vitamins.

Thanks to the myDNA deal, Sam plans to ‘supercharge growth, add incredible new tech features and personalisation’ to the program and app.

‘I think that’s why we’ve had the success that we’ve had, and myDNA, what they have that we find really attractive is that extra level of personalisation through genomics,’ he told the Australian Financial Review.

Dennis Bastas, chairman of myDNA, told AFR that 28 by Sam Wood’s custom-designed app and website was a big factor in the $71million deal.

‘Sam’s got a great following, and the platform itself is a beautiful user experience, which to be honest, from the myDNA perspective, the attractiveness in acquiring his business was all people that went along with it,’ Bastas said.

Sam, 41, made headlines earlier this year after he uploaded side-by-side photos of himself, showing how he went from having a ‘dad bod’ to looking like a bodybuilder in two months.

The father-of-three explained that he’d gained weight in the lead-up to the Christmas holidays and decided to follow his own 28 by Sam Wood program to get back in shape. 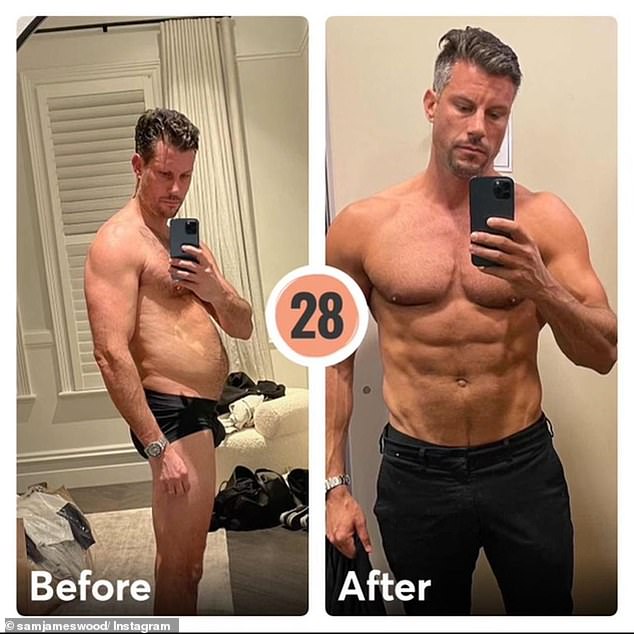 Before and after: Sam, 41, made headlines earlier this year after he uploaded side-by-side photos of himself, showing how he went from having a ‘dad bod’ to looking like a bodybuilder in two months

Online trolls were quick to accuse Sam of deliberately making himself appear bigger in the ‘before’ photo by ‘pushing out his stomach’ and hunching his back.

Addressing the backlash in an Instagram video on Monday, Sam said: ‘To the sceptics and the haters, it’s all good I get it.’

‘The photo on the left is me and it was taken in the last week of August last year. I’m not sticking my guts out. They were just out and my posture was many of things suffering.’

‘I’m not sharing this as marketing ploy. I’m sharing it to show that I’m real and was struggling like so many others as so many assume that as a fitness guy I’m always in good shape.’ 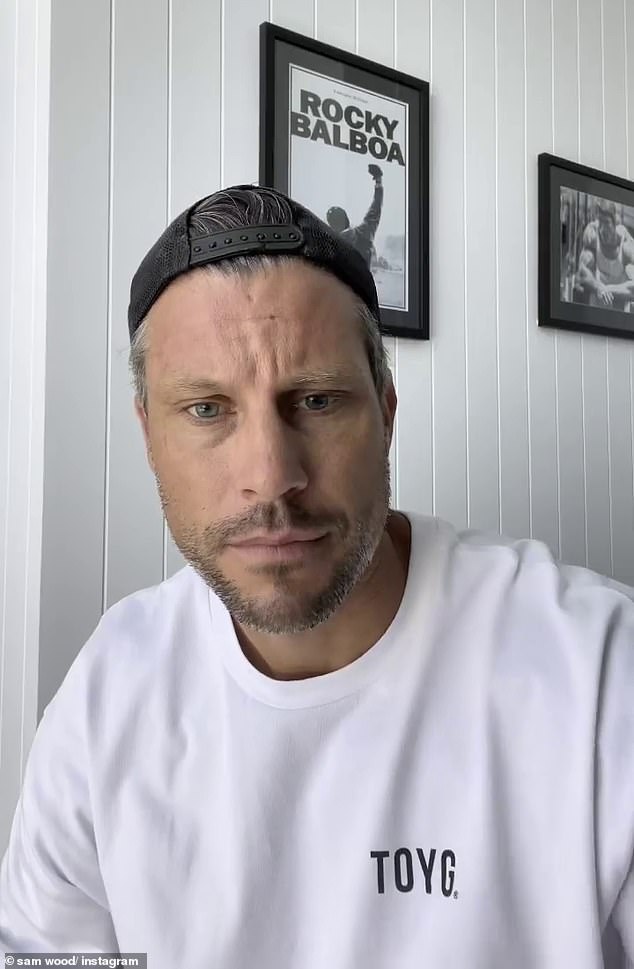 I’m not sharing this as marketing ploy’: Sam blasted online trolls for accusing him of ‘faking’ incredible before-and-after photos of his body transformation, which were achieved through his 28 by Sam Wood program

The former reality star admitted he was nervous about posting such an unflattering image of himself, but knew it had to be done.

‘It was scary and confronting to share a picture that I hate looking at but once it’s out there, it’s actually incredibly empowering and liberating. This is me. This is real,’ he declared.

In the caption of his body transformation post, Sam revealed he’d decided to embark upon his own eight-week challenge on September 1.

‘I made a decision and I went for it and I cannot believe how much better I feel. Forget how I look. It’s how I feel,’ he wrote.

Sam said the eight-week challenge helped him get out of a rut.

‘I’m feeling better mentally and physically in every way. I needed a circuit breaker. I needed to get out of a rut,’ he said.

The 28 by Sam Wood program includes fun and challenging workouts, as well as recipes and meal plans to help people get back into shape.

Back in 2018, Sam invested $1million into the 28 by Sam Wood program to make it a bigger contender in the fitness space.

The fitness mogul is married to Snezana Markoski, who he met on the third season of The Bachelor back in 2015.

The couple welcomed their third daughter together, Harper, on May 4.

She is also mother 16-year-old Eve from a previous marriage. 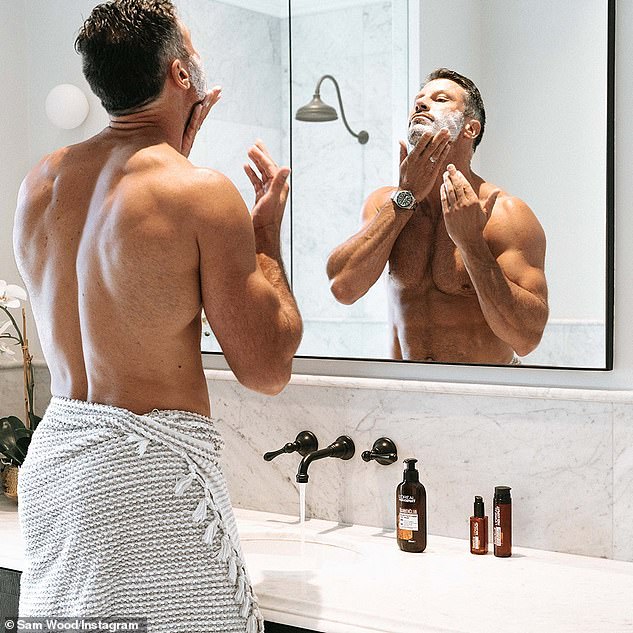 Expansion: Thanks to the myDNA deal, Sam plans to ‘supercharge growth, add incredible new tech features and personalisation’ to the program and app