Earlier in the day, Bachelorette winner Stu Laundy, 44, revealed runner-up Jarrod Woodgate, 31, had texted him saying he could hear him and Sophie Monk, 37, ‘celebrating’ their love in a close-by hotel room.

But on Friday evening, the ‘stage-five-clinger’ denied the claims.

Appearing on The Project, Jarrod said he only messaged Stu to ask how he was finding his stay.

Denying the rumours: On Friday, Jarrod Woodgate claimed he never told Stu and Sophie he could hear them ‘celebrating’ their love

‘I said, “How are you finding being stuck in this hotel?”‘ he recalled.

But although Jarrod denying the rumours, when Stu and Sophie appeared on the show they recalled a different text exchange. 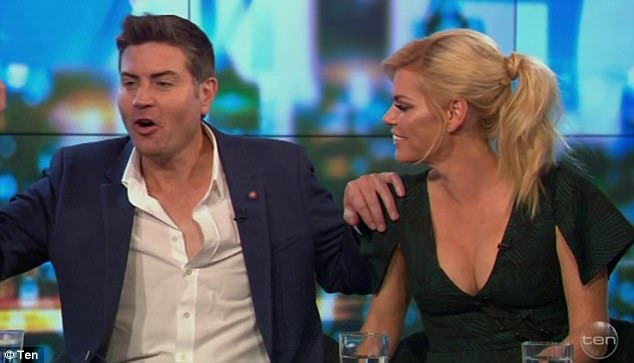 Tough call: ‘Do you believe Jarrod or us?’ asked Stu after the discussion was reignited

‘Do you believe Jarrod or us?’ asked Stu after the discussion was reignited.

‘He would’ve been six doors down but he still heard,’ he added laughing.

Speaking to Kyle and Jackie O on their KIIS FM breakfast show earlier in the day, Stu revealed Jarrod had sent him a message saying ‘I can hear you’. 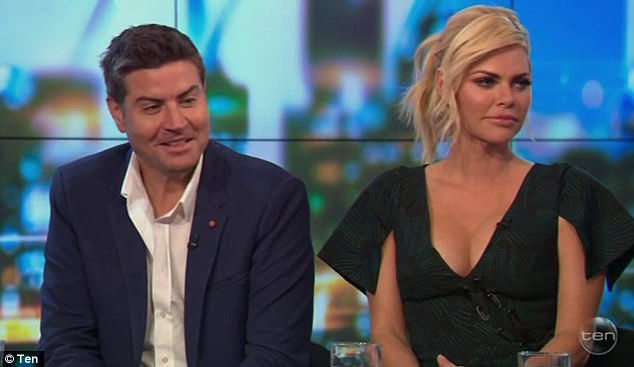 TMI! He would’ve been six doors down but he still heard,’ he added laughing

‘He texted me at one point and said “I can hear you”,’ Stu said, as laughter emanated around the studio.

‘What a stallion,’ Kyle added, praising the lovers on the blissful – and clearly loud – consummation of their union.

He added: ‘nobody has ever texted me saying that!’

Stu quipped back: ‘And we were four rooms away as well!’ 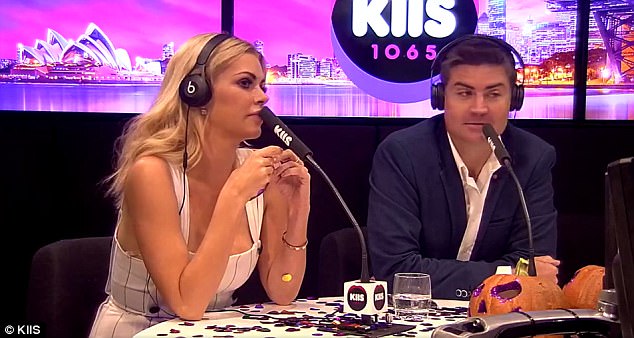 Stu: ‘He texted me at one point and said “I can hear you”‘