Cech, who is currently a technical and performance advisor at Stamford Bridge, retired from football at the end of last season but got a thorough workout at the Flames’ base in Surrey, Guildford Spectrum, on Tuesday.

Sharing pictures on his Instagram, the Champions League winner was in goal wearing an eye-catching protective kit, stopping flying pucks instead of footballs. 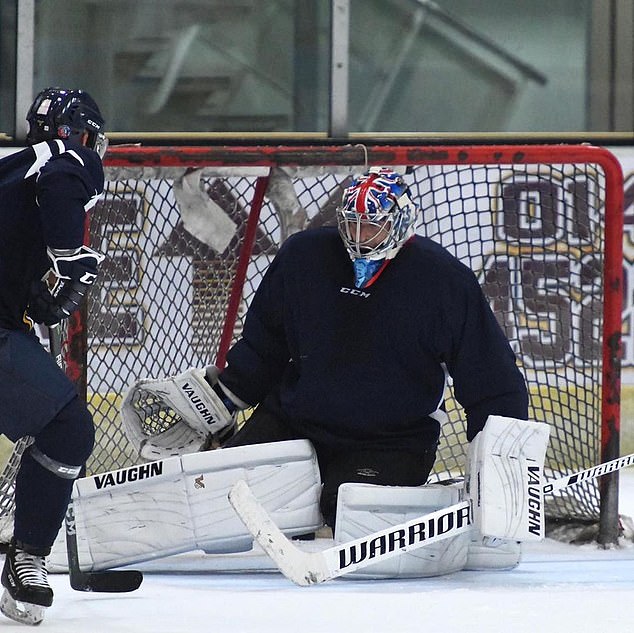 Cech was fully kitted out with white pads, a white stick and a GB-flag themed helmet 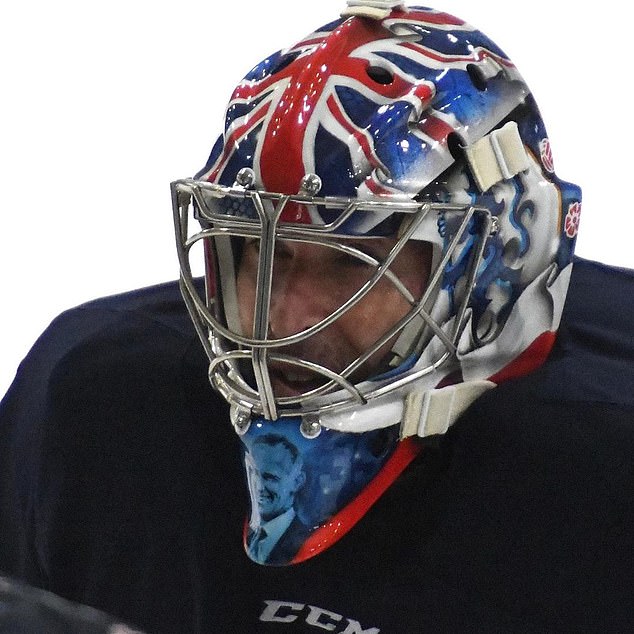 Cech paid tribute to the helmet’s design, by David Gunnarsson, on his Instagram page

The 37-year-old has spoken previously about his love for ice hockey, and how he could have gone down a previous route in his youth.

‘I always wanted to play ice hockey – that was always my first choice,’ Cech told Arsenal TVHD three years ago.

‘But obviously, at that time, you would have to buy all the equipment so if you imagine the financial aspect of buying all the equipment and you grow up fast as a kid so then you need to keep buying it and we just couldn’t afford it.

‘My father was very clever and he knew that I’d enjoy any type of sport and that I had ice hockey and football on the same level. 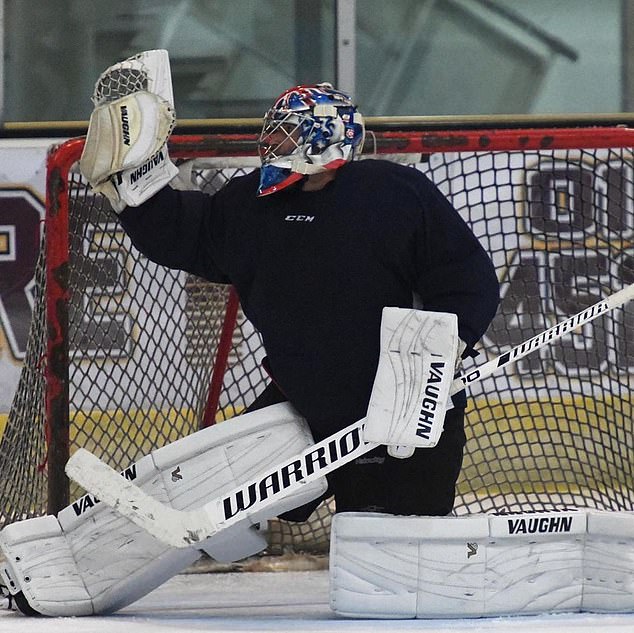 ‘So he took me to the football club when I was six-and-a-half or seven and obviously, as soon as I started playing football, I knew that I really liked it.’

His career ironically ended against the team he started in England with and his current employers, Chelsea, in a 4-1 defeat for the Gunners in the Europa League final.

He now works with Frank Lampard and the rest of the backroom staff at Stamford Bridge on transfers and youth policy.