Back to A&E: Number of people heading to hospital returns to normal

The number of people visiting A&E departments in England after suffering heart attacks has returned to normal, after numbers plunged to record lows amid the coronvirus outbreak.

Earlier this week, NHS statistics revealed that April was the quietest month ever for A&E departments across England.

Only 916,581 emergency department visits were recorded in the month that Britain’s coronavirus crisis peaked – the first time on record the number has dipped below one million. 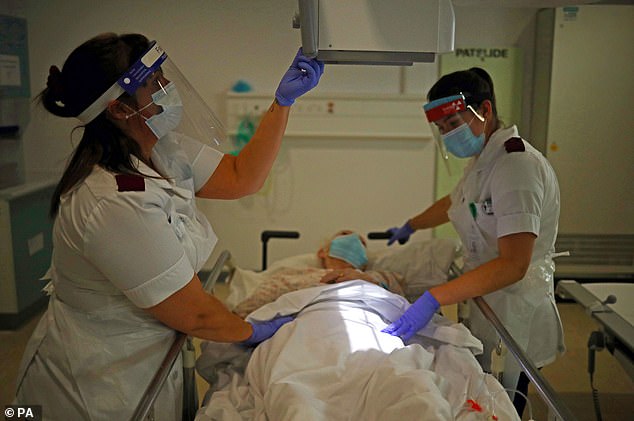 He said: ‘We have been really concerned that a combination of worries about the virus and not wanting to be a burden on NHS staff has meant that some people haven’t come forward for care for themselves or their families when they would usually have done so.

‘The majority of reduced attendances were for lower-risk conditions so, for example, sprains were down by 80%, alcohol intoxication by just under 60% and finger wounds down by just under 50%.

‘But we also worried that within that fall in attendances were people who should have come to A&E and whose health might be put at risk by not doing so.

‘Encouragingly, the latest data suggests that since we launched our Help Us Help You campaign, the number of people attending with symptoms of heart attacks, for instance, has increased back towards what we would expect ordinarily.

‘And that doesn’t mean that more people are having these problems, it means that the 50% drop in people seeking help has now gone back to normal in the past month.

‘It shows that the message we’ve been getting out, use the NHS as normal when you need it, is being heard.

‘But there’s no room for complacency and so we will continue to remind you that the NHS is there for you when you need it.’ 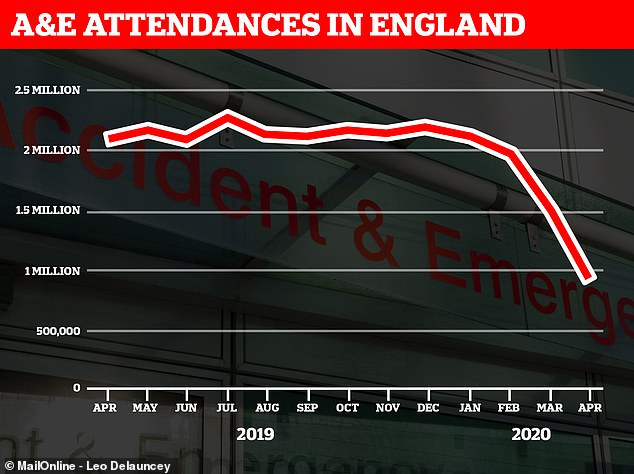 Only 916,581 emergency department visits were recorded in the month that Britain’s coronavirus crisis peaked – the first time on record the number has dipped below one million. However, numbers have now recovered to normal levels, according to NHS England national medical director Stephen Powis

During the crisis and subsequent lockdown, people have been avoiding hospitals out of fear of adding extra pressure to the NHS or catching the virus while they’re in the hospital, doctors say.

Medics warn the massive change in behaviour is a ‘ticking time bomb’ which may result in more people ending up seriously ill or dying in the near future because they avoided getting medical help when they needed it.

There are also concerns that people with cancer will be delayed casualties of the crisis, with urgent referrals for treatment for the disease down eight per cent on last year.

NHS England, which published the alarming figures earlier this week, said April’s falls were ‘likely to be a result of the COVID-19 response’ – an indication that people have been staying away from A&E departments because of the coronavirus outbreak. 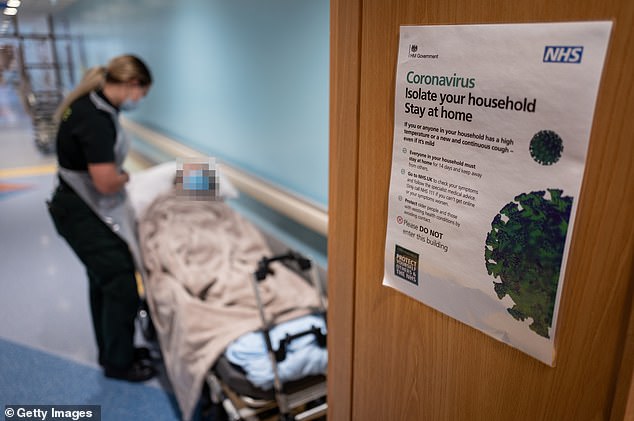 A&E departments saw fewer visitors than ever in April because people are afraid to go to hospitals in the midst of the coronavirus crisis, doctors said

This is the lowest number reported for any calendar month since current records began.

Dr Nick Scriven, of the Society for Acute Medicine, which represents hospital doctors, said the drop in A&E attendances was ‘a significant concern’ and people’s conditions may have worsened as a result.

‘This is a ticking timebomb in itself and it will be exacerbated by a myriad of other pressures in the coming weeks,’ he said.

‘There will be an ongoing need to keep people with coronavirus separate from others to prevent transmission, with segregated wards effectively reducing immediately available beds, so attempting to manage increased demand will be very challenging.’