Emmanuel Macron faced a furious backlash from Eurosceptics and Remainers today after he gloated that Brexit turmoil will teach Britons not to listen to ‘liars’.

As part of a coordinated attack on Theresa May’s Brexit plans at the end of a tense Salzburg summit last night, the French president made an extraordinary intervention into UK politics.

Mr Macron boasted that the tortuous negotiations were showing that voters should not heed politicians who say ‘you can do easily without Europe’.

But while his remarks were hailed by some anti-Brexit campaigners, they were condemned by others who branded him ‘out of order’.

The vicious clashes threatened to plunge Mrs May into crisis, paving the way for an explosive Tory conference.

At a press conference last night (pictured), Emmanuel Macron boasted that the tortuous negotiations were showing that voters should not heed politicians who say ‘you can do easily without Europe’ 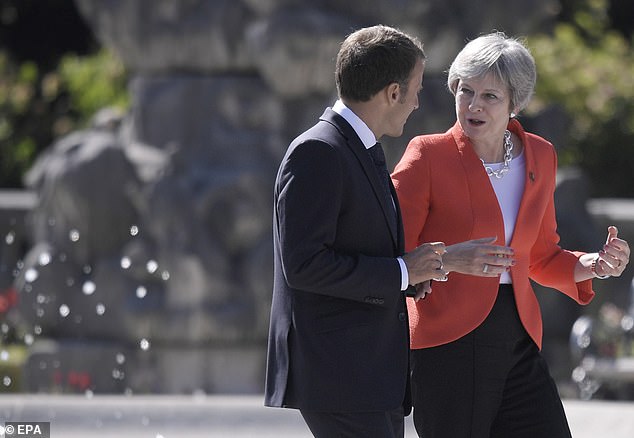 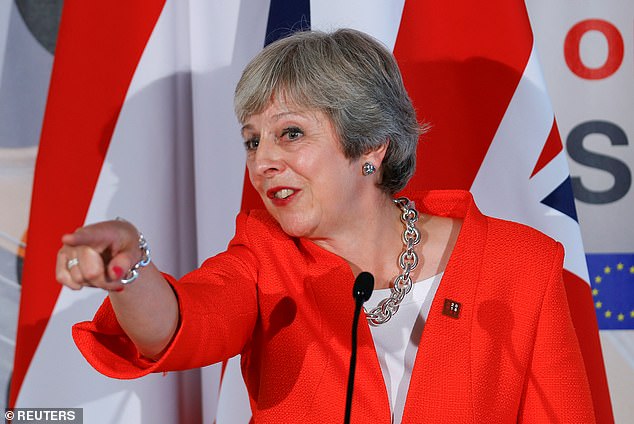 Mrs May was left scrambling to salvage her Chequers plan

Tory former minister Stephen Crabb, a Remainer in the referendum, voiced anger at the way EU leaders sought to ‘belittle’ the PM.

‘The manner in which they sought to belittle and put down the Prime Minister yesterday pushes people like me… into a position where we say the quicker we’re out of this circus, the better,’ he said.

Conservative MP Hugo Swire said: ‘If this is a negotiating ploy by Macron, Merkel and Tusk, they have seriously overestimated Theresa May’s room to manoeuvre back in the UK.’

Ex-Cabinet minister Iain Duncan Smith said the EU leaders had behaved ‘appalling’ and had ‘got personal’.

‘Monsieur Macron is not only out of order, he’s completely wrong. The EU is doing their classic case of trying to bully the UK in a variety of ways into taking a different position,’ he told the Guardian.

‘The honest truth is I don’t get involved in his domestic politics and therefore he should butt out of ours. He has got enough problems at home himself, it’s time he sorted his own country out and stopped messing around with ours.

‘But it does open the door to remind people why so many voted to leave. They’re sick and tired of the dictatorial, bossy, lecturing nature of the European Union.’

In his press conference last night, Mr Macron said: ‘Brexit is the choice of the British people and it is a choice pushed by certain people who predicted easy solutions,’ he said in Salzburg,’ he said.

‘Brexit has shown us one thing – and I fully respect British sovereignty in saying this – it has demonstrated that those who said you can easily do without Europe, that it will all go very well, that it is easy and there will be lots of money, are liars. 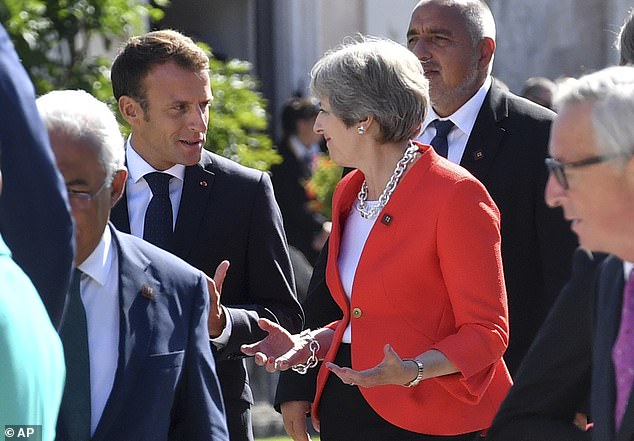 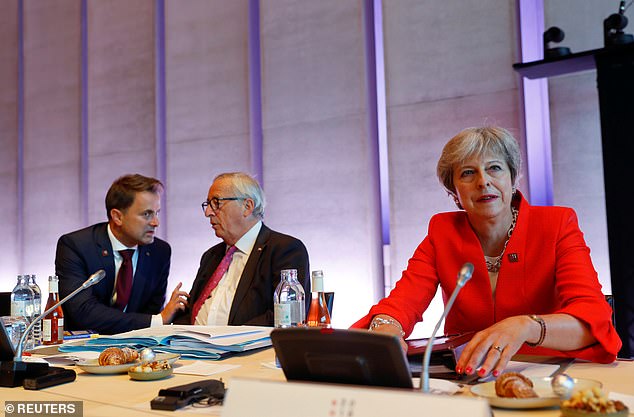 Theresa May tried to put on a brave face after talks with EU leaders in Salzburg ended in acrimony. She is pictured with Jean-Claude Juncker (centre) and Luxembourg’s Prime Minister Xavier Bettel (left) 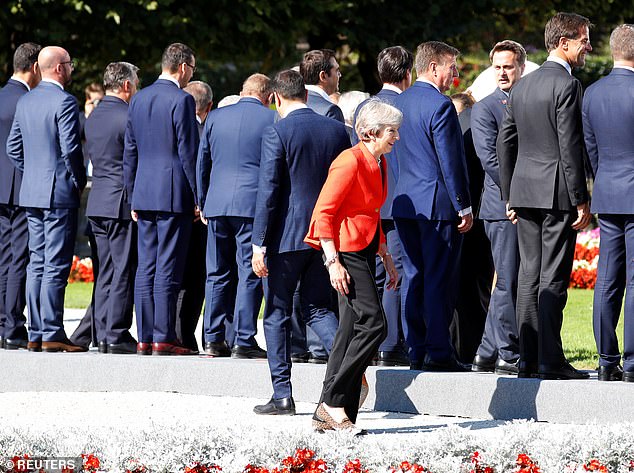 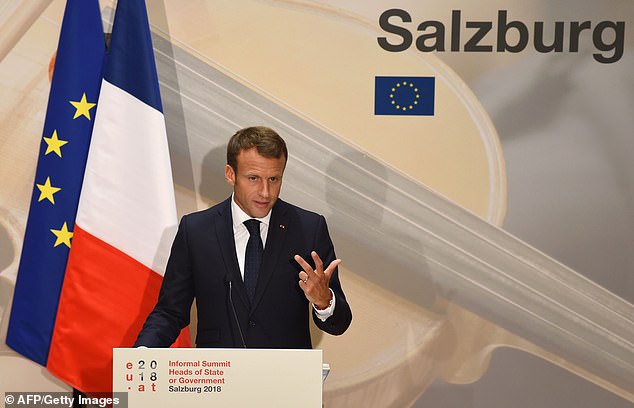 ‘This is all the more true because they left the next day, so they didn’t have to manage it.’ Mr Macron said it was true that Brexit negotiations had been complex and lengthy.

But he added: ‘That fact must not be exploited by those very people who are the cause of this problem, who got us into the Brexit situation and who now tell us that Europe is going from crisis to crisis.’

His claim the leaders of the Brexit campaign ‘left the next day’ after the vote appeared to confuse them with David Cameron, who quit as PM after calling on voters to back Remain. By contrast, Brexit supporters David Davis, Boris Johnson and Liam Fox were brought into the Cabinet.

A visibly furious Mrs May rounded on EU leaders for hanging her out to dry yesterday as she battled to keep her Chequers Brexit plan alive in the face of fierce Tory criticism.

At an extraordinary press conference in Salzburg, Mrs May said she still believed a deal was possible, and offered a fresh concession on Northern Ireland – but acknowledged there was ‘a lot of hard work to be done’.

EU chief Donald Tusk said the other 27 leaders ‘all agreed’ that the complex plans at the heart of the Chequers deal ‘will not work’.