Backstreet Boys star AJ McLean has embarked on a fitness journey and managed to lose a whopping 27lbs in eight months.

He began focusing on his health more when he competed on Dancing With The Stars approximately two years ago, he told People.

‘I was doing a TV show in South Africa this past February. So between February and now, I’ve lost 27 lbs,’ the 44-year-old revealed in a new interview.

‘If I can do it so can you!’: Backstreet Boys star AJ McLean has embarked on a fitness journey and managed to lose a whopping 27lbs in eight months

AJ was in South Africa to film the competition reality show The Fashion Hero: A New Kind Of Beautiful, where he was serving as the host.

He reflected to People that ‘the health kick started’ for him on Dancing With The Stars, which he began competing on in September 2020.

‘Then the holidays came, and obviously everyone goes a little harder during the holidays and whatever, and doesn’t exactly stick to a diet,’ he confessed.

Eventually, however, he was able to return to his fitness routine – and he is determined to stick to it now. 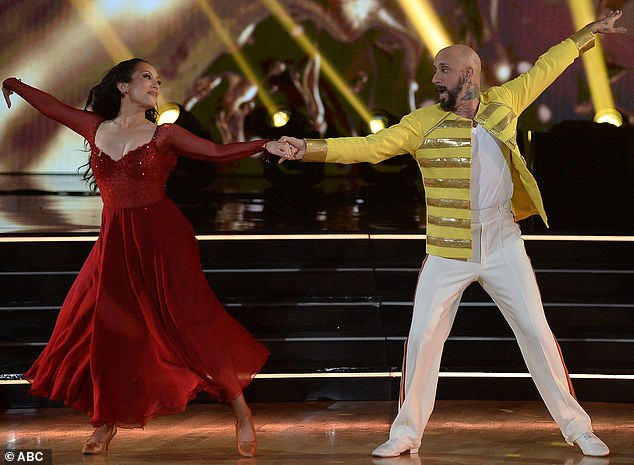 Game change: He began focusing on his health more when he competed on Dancing With The Stars approximately two years ago alongside pro dancer Cheryl Burke (left)

AJ even got a cosmetic procedure that tightened up the loose skin from his weight loss with a combination of liposuction and radiofrequency waves.

Lately he has been on tour with the Backstreet Boys, and the grueling physical exertions he goes through onstage have also helped him retain his figure. 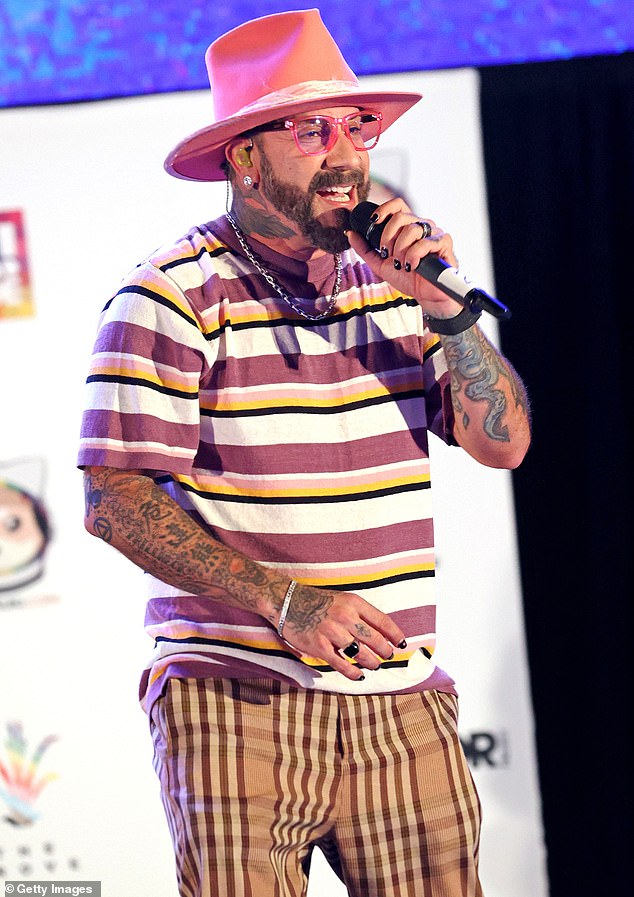 Throwback: AJ is pictured onstage in June 2021 at a Pride event thrown by NSYNC and the Backstreet Boys at the famous Los Angeles shopping center The Grove

‘I’m not saying we’re Michael Jordan or we’re Tom Brady, but we are like athletes,’ argued AJ, who is currently on Europe doing road gigs with the band.

He compared ‘what we put our bodies through’ onstage to ‘what athletes go through during a season, or during a preseason. And on top of that we’re singing.’

AJ has had a rollercoaster relationship with alcohol, having gone to rehab multiple times over the past couple of decades, but he is now over a year sober 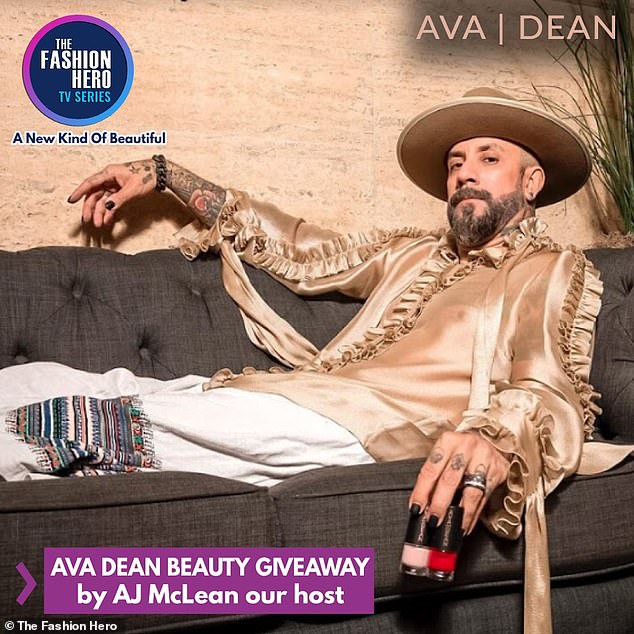 Promo shot: AJ has lost 27lbs since February when he was in South Africa for the shoot of the reality competition series The Fashion Hero: A New Kind Of Beautiful

While appearing on the Today show last month, he recalled: ‘Drinking caused weight gain, but it also weighed down my mental state.’

At the start of September he posted an Instagram collage showing his impressive progress from his previous ‘dadbod’ to his current sculpted physique.

‘Found the pic on the left from a year ago on vacation and wow it’s amazing what a little dedication and setting goals can do for a person,’ he wrote. ‘The journey is far from over though. This is just the beginning!’ 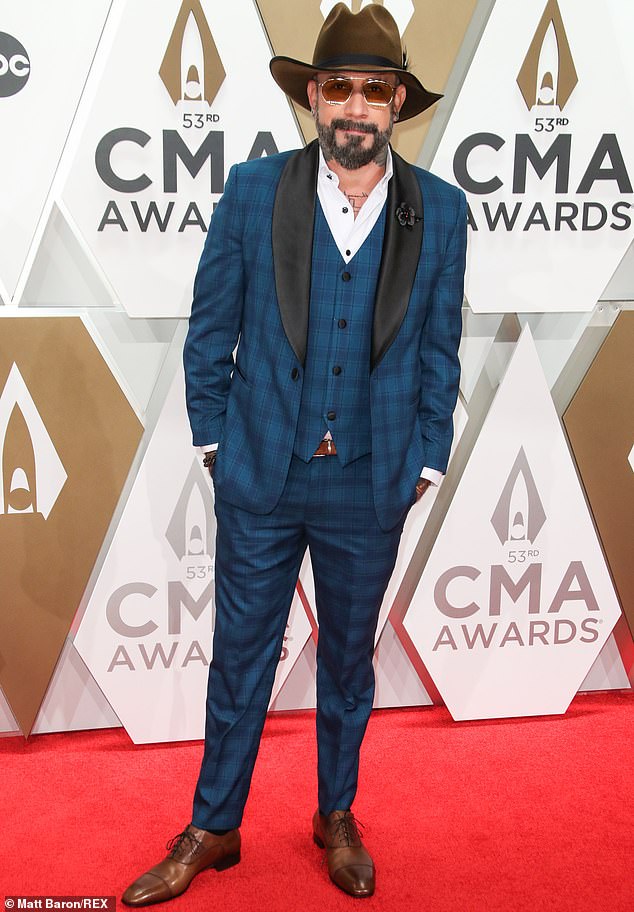 Winning smile: AJ is pictured cutting a dashing figure even before his fitness journey while attending the CMA Awards at Nashville’s Bridgestone Arena in 2019