Bacteria living in the gut can affect personality and energy levels, study finds

Bacteria in a person’s gut that is responsible for breakdown food and carrying out other tasks can affect their personality, a new study finds.

Researchers from Clarkson University in Potsdam, New York, found that the gut microbiome and metabolomic pathways can influence a person’s energy levels, fatigue and their day-to-day personality.

The team found that certain, distinct, bacteria were strongly associated with one of four defined personality traits a person could hold.

Like a person’s personality, a gut microbiome does not often change, but taking antibiotics or another drug that can alter the bodies bacteria may be able to change a person’s demeanor as a result.

Researchers, who published their findings earlier this year in Nutrients, gathered data from 20 participants for the study.

Each of the participants had previously taken part in studies into microbiome health led by Dr Boolani, and all were screened to make sure they had not recently used a medicine that would effect their microbiome.

Using stool samples, researchers investigated the levels of different bacteria in each of the participants.

They were also surveyed on four traits the Boolani believes are the base of a person’s personality mental energy, mental fatigue, physical energy, and physical fatigue.

While the sample size of the study is relatively small, Boolani is hopeful that these findings could be a stepping stone for future investigation into how a person’s mood can be affected by their gut.

‘We hope that the large study will give us more definitive answers and from there we can see if these findings can help explain the interpersonal differences in nutritional interventions meant to modify feelings of energy and fatigue,’ Boolani said.

‘However, this initial exploratory study does guide us in terms of whether we should pursue this line of research to examine the association between gut microbiota and these four personality traits.’ 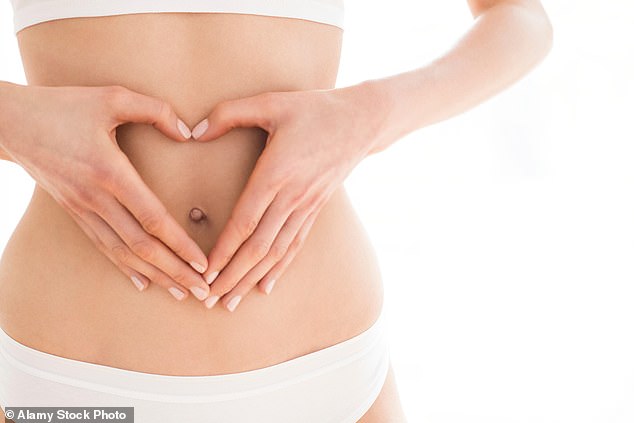 While a link between gut health and personality may seem bizarre at face level, it is not an entirely new concept.

A person’s internal body processes can fatigue them, or fill them with energy. Energy and fatigue levels can affect how a person reacts to stimuli from outside, which can form the base of a personality.

As far back as Hippocrates in 400 BC have humans known that there was some link between internal body processes and outward displays of personality.

In 2016, researchers at Johns Hopkins University found that antibiotic treatments could alter a person’s gut microbiome, and as a result harm people suffering from psychiatric disorders.

‘More research is needed, but ours suggests that if we can prevent infections and minimize antibiotic treatment in people with mental illness, then we might be able to prevent the occurrence of manic episodes,’ Dr Robert Yolken, a researcher at the Baltimore, Maryland, school, wrote.