‘What on earth is THAT?’ Baffled onlookers say a ‘black ring’ UFO darted over the skies of famous hippy town for 40 MINUTES

Stunned spectators have spotted an unidentified flying object over the skies of Nimbin.

Kaz Woodall, who was walking her dog with a friend at the time, told the Northern Star the UFO rose from behind the mountain ridge at Nimbin showgrounds.

‘We were both like, “what the f**k is that? I’ve never seen anything like this”,’ she said.

Ms Woodall said the object was spinning on its axis. She approached the caretaker at the showgrounds to take a look through his telescope.

‘We were in awe, but we weren’t scared, it was a positive uplifting experience,’ she said.

The trio said they watched as the object rotated over the hills for forty minutes before it floated over and stopped directly above them in the sky.

Ms Woodall said the object stopped rotating while it was above the group before disappearing over the horizon.

She said she spent hours researching UFOs after her sighting and claims she found an article of a similar incident from New York.

Ms Woodall posted pictures of the black ring on a Nimbin community Facebook page looking for an explanation.

Many comments on her post claim the ring was a drone.

One user joked that aliens had peered over the town before deciding against visiting.

‘They were looking for signs of intelligent life. So they left,’ they said. 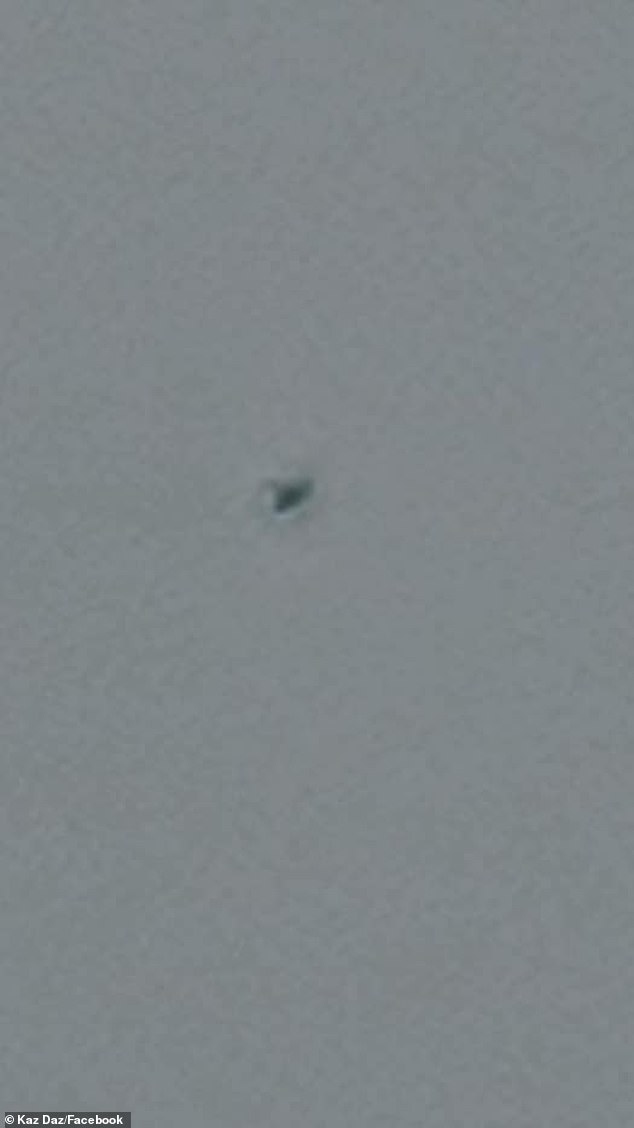 Ms Woodall posted pictures of the black ring UFO on Facebook, with many comments on her post agreeing it was a drone