Bake Off Tom’s identical twin was killed in Afghanistan

The identical twin of one of this year’s Great British Bake Off contestants was killed by a Taliban bomb while serving with the army in Afghanistan.

Architect Tom Hetherington lost his brother Robert in 2013 when the explosion in Helmand Province hit the soldier’s armoured vehicle just six weeks into his tour.

Mr Hetherington, who has spoken of his desire to ‘challenge’ himself, is among the new batch of bakers revealed this week for the new series of Bake Off, which re-launches on Channel 4 on Tuesday after moving from BBC1.

The 29-year-old, who lives in Edinburgh with his partner David, has already won a legion of fans who have described him as a heart-throb on Twitter. 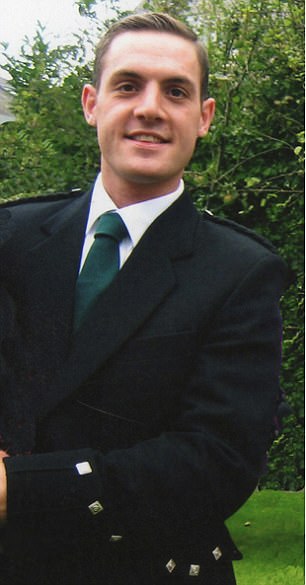 Architect Tom Hetherington’s (pictured left) brother Robert (pictured right) died in Helmand Province, Afghanistan in 2013. Tom has said he wants to ‘approach life as [Robert] did: challenging himself every day and striving to push his mental and physical strength at every opportunity’.

It is understood that Mr Hetherington, who would be the first person from Scotland to win the show, will not mention his brother during the programme, but he has recalled how he and his siblings were taught to bake by their mother June, a home economics teacher.

In the opening challenge next week, he will bid to impress Prue Leith and Paul Hollywood with a pear and cardamom cake.

And the Edinburgh University graduate is no stranger to a challenge, having previously run the Edinburgh, London and New York marathons in memory of his brother, raising money for The Royal British Legion and Poppy Scotland.

He has said he wants to ‘approach life as [Robert] did: challenging himself every day and striving to push his mental and physical strength at every opportunity’.

Describing how he felt his brother’s spirit guiding him during his marathon training, he wrote online: ‘With every training session I can hear Robert pushing me to go a little faster, a little harder. Completing another marathon will be a testament to the strength I have gained from him and to the strength he used and showed regularly.’ 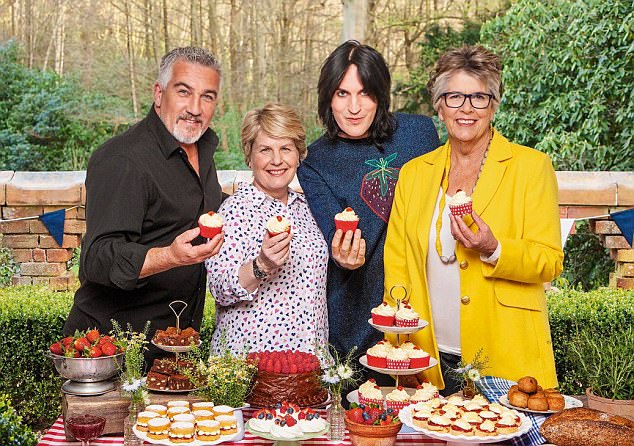 Channel 4 claims it only needs Bake Off to get three million viewers for the broadcaster to ‘break even’ after buying the show for £75million. Pictured: The new lineup for the show

Private Robert Hetherington joined the Officers’ Training Corp at university, and after graduating passed the Army Officer Selection Board at Sandhurst. He opted to serve instead with the Territorial Army, though when he was deployed to Afghanistan he was attached to the The Royal Highland Fusiliers, 2nd Battalion, The Royal Regiment of Scotland.

He was just 25 years old when the improvised explosive device, which was planted in a tunnel under a road, killed him and two comrades – Corporal William Savage, 30, and Fusilier Samuel Flint, 21 – and injured several others on 30 April, 2013.

An inquest into their deaths heard they were never alerted to signs of insurgent activity recorded hours before they died, and the coroner ruled in December 2014 that they were unlawfully killed on active service.

Meanwhile Channel 4 claims it only needs Bake Off to get three million viewers for the broadcaster to ‘break even’ after buying the show for £75million.

The show regularly used to pull in audiences of more than ten million when it was on BBC1, and was watched by nearly 15 million at its peak.

Speaking at the Edinburgh TV Festival yesterday, Channel 4 creative director Jay Hunt said they will need far fewer viewers because they are making so much money from the advert breaks, but that she would be ‘delighted’ to get more.

Channel 4 has signed multi-million pound deals with Lyle’s Golden Syrup and Dr Oetker to sponsor the show, which will pay a fixed amount regardless of the size of the audience. But many other advertisers will have deals where the sum they pay varies on the number of viewers.