Nadiya Hussain has married her husband for the second time, years after they wed in an arranged marriage, posting a series of sweet pictures on Instagram on Tuesday.

The 2015 Great British Bake Off champion, 33, married husband Abdal when she was 19 after meeting him just once.

The union had been arranged by their parents and they had a traditional Islamic ceremony in Bangladesh.

Happy news: Bake Off’s Nadiya Hussain and her husband Abdal have tied the knot for a second time and shared a series of sweet Instagram pictures on Tuesday… 14 years after they wed in arranged marriage as ‘complete strangers’ 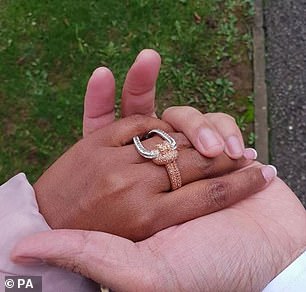 Love: They shared a picture of their hands, showing Nadiya wearing a double finger ring

She posted on Instagram: ‘Nothing fancy just love. No frills. Just us. We did it again. I do. I always will. I would do it all over again #married #secondtime @swarovski @whiskdrizzle @abumdm.’ 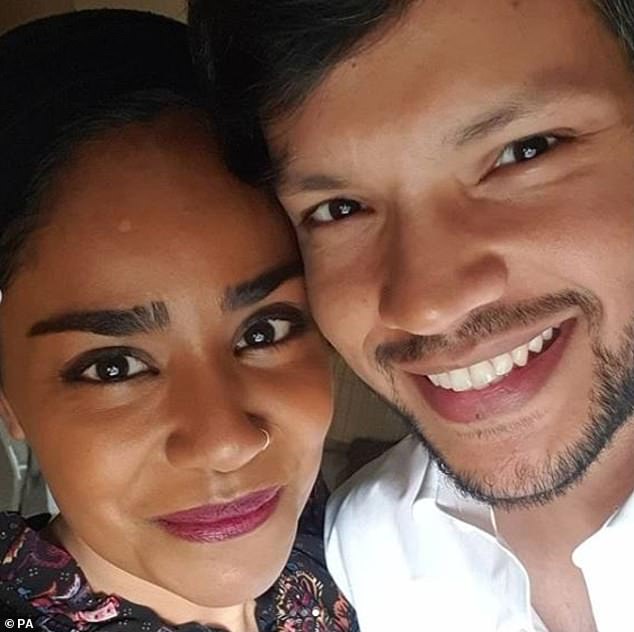 She posted on Instagram: ‘Nothing fancy just love. No frills. Just us. We did it again. I do. I always will. I would do it all over again’

The couple have three children together – sons Musa, ten, and Dawud, nine, and daughter Maryam, six.

Hussain has previously said she does not think her children ‘need’ her to find them a husband or wife in the future.

Last year, she told Good Housekeeping magazine: ‘I didn’t know my husband, and then we had two children, and then I fell in love with him.’

But she had said it was ‘tough’ because an arranged marriage means ‘marrying a complete stranger’.

Nadiya appeared on ITV’s Lorraine back in October and revealed she and her husband simply do not argue.

She explained that while she and husband Abdal may disagree over certain things they’ve ‘never had full-blown arguments’.

Nadiya said: ‘No we don’t [argue]. In the 13 years we’ve never had full-blown arguments ever.

‘We disagree on things, but we’re two very different people and we think differently but we don’t argue.’ 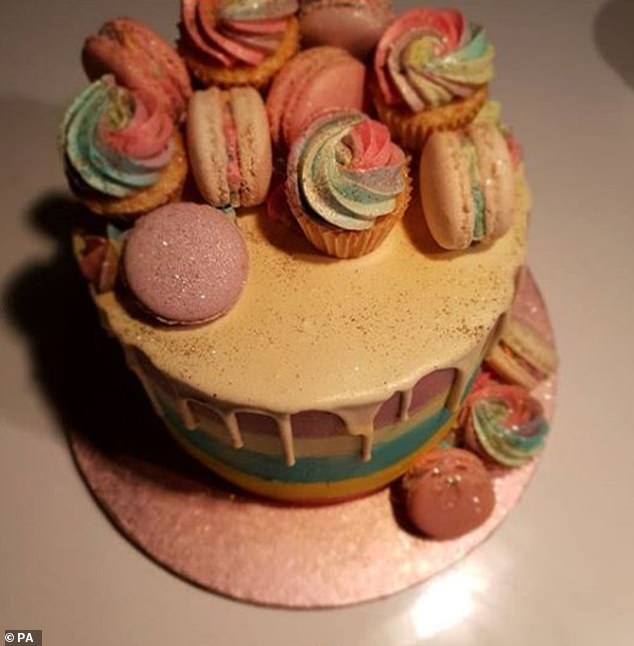 Now that’s a cake: Baker Nadiya had an epic macaron cake for her special day, which comes as little surprise given her own culinary talents

In August this year, Nadiya spoke to Woman And Home she discussed her secrets to happy marriage once again.

She said: ‘It’s probably the same for every relationship – nothing is 50/50. If you’re always trying to balance the scales, you’re always going to be fighting each other. 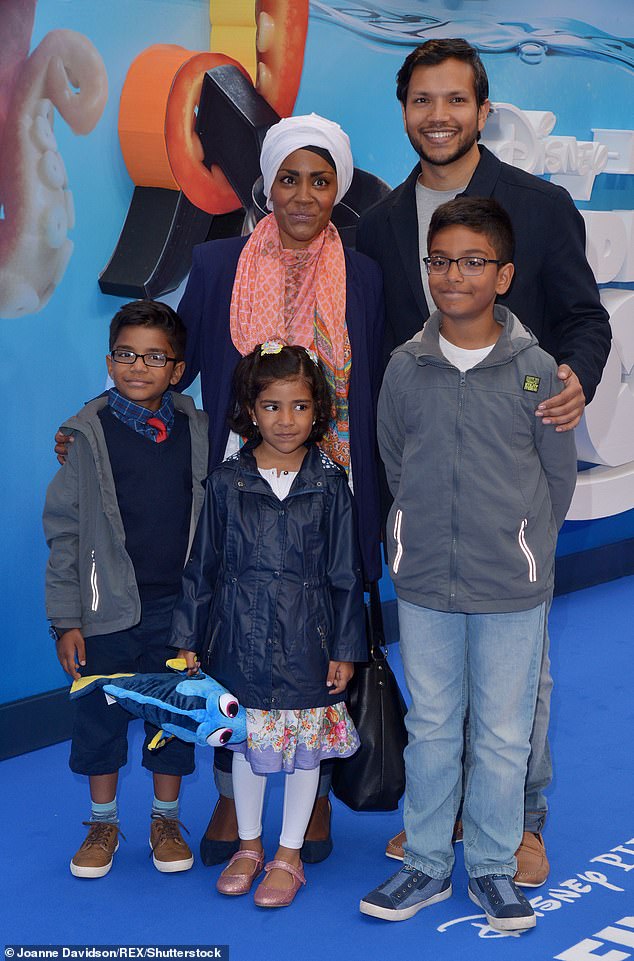 Making memories: The couple have three children together – sons Musa, ten, and Dawud, nine, and daughter Maryam, six – pictured together in July 2016 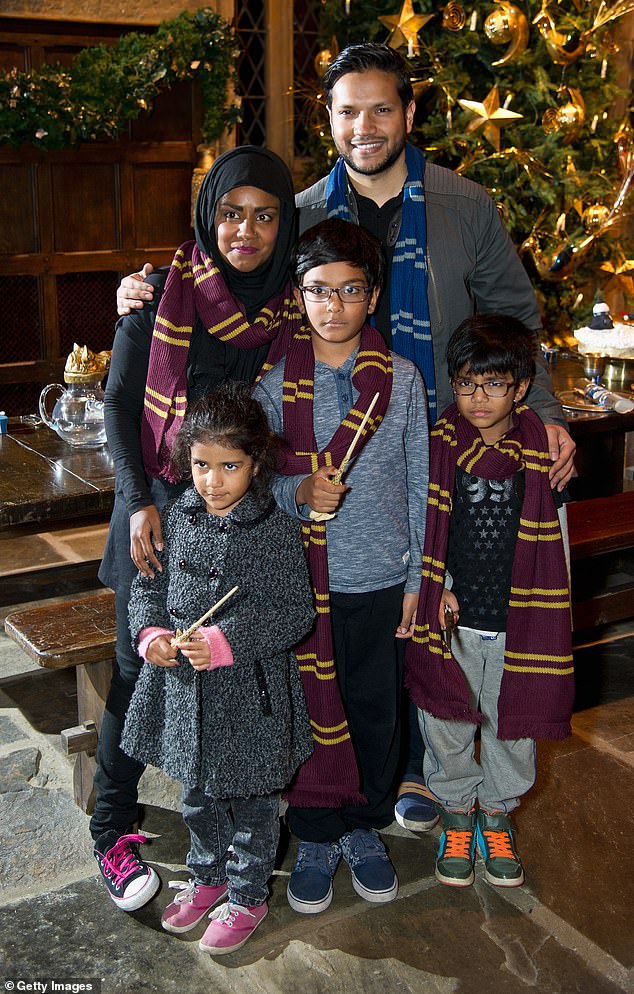 Nadiya has said: ‘I didn’t know my husband, and then we had two children, and then I fell in love with him’ (pictured in 2015)

She continued: ‘After a really long day, my husband will text me and say, “Do you need to wash the day off?” It means I need to get all my clothes off, take all my make-up and jewellery off, switch my phone off and get in a bubble bath with some lavender and Epsom salts. It makes such a difference.’

That same month, she shared a sweet anniversary snap of themselves kissing one another. 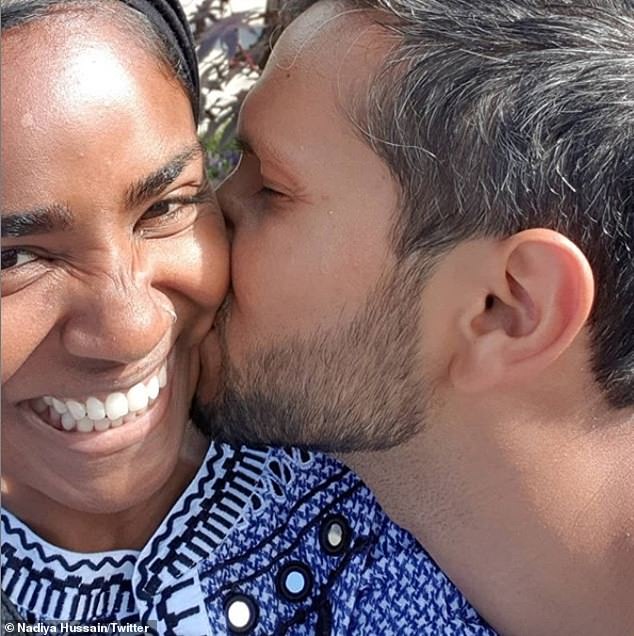 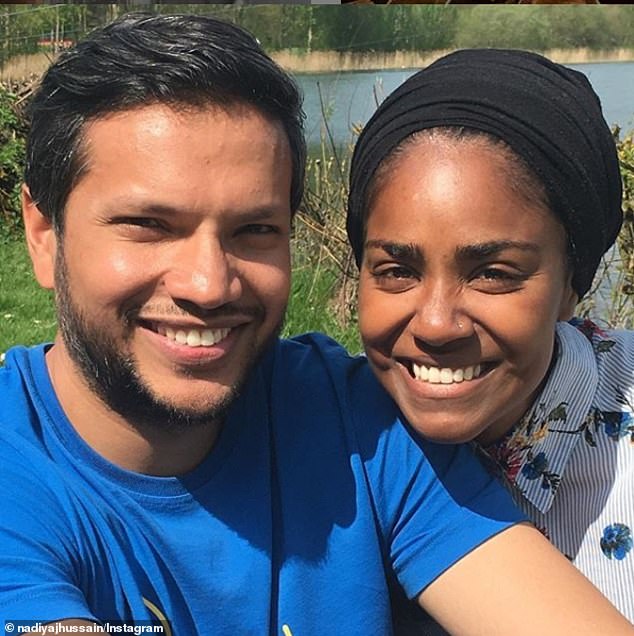 A special moment: She also posted this rare snap back in April as she paid tribute to their love – she has also said that while the couple have disagreements, they don’t have big arguments

In April, Nadiya shared another sweet snap of them both, as she paid tribute to their love.

She wrote: ‘I don’t often post pictures of us together. The truth is we never really take pictures together.

‘We’re always pointing the camera in the direction of the kids, the chickens, our family, cute babies, food etc but never us. 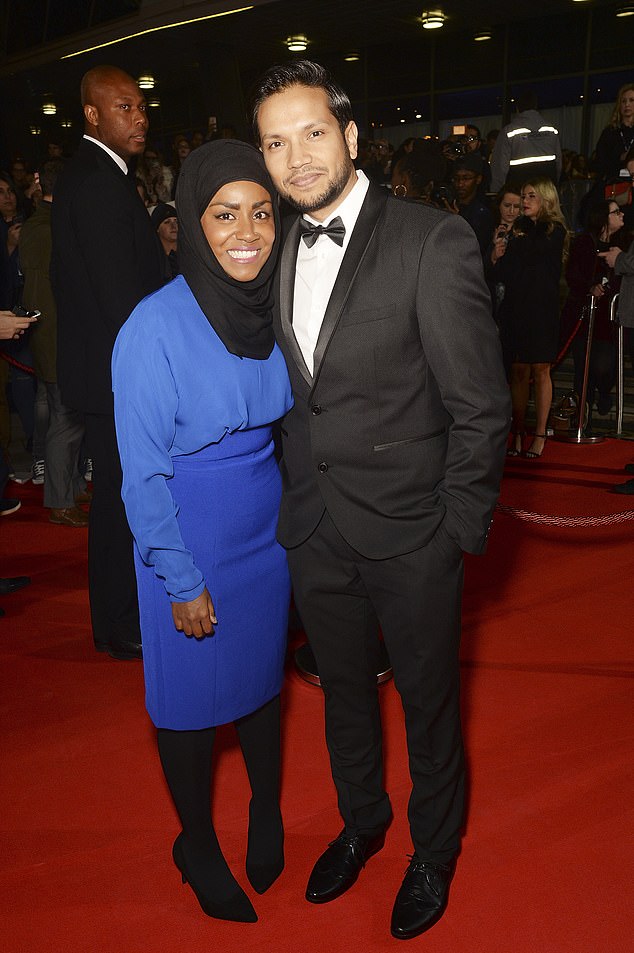 Special time: Nadiya and her husband made a rare red carpet appearance at the MOBO Awards at First Direct Arena on November 4, 2015

‘If I look back at our first selfie, the days when you couldn’t turn a camera round with the press of a button.

‘We were in a hotel on our way out and we took a photo in the bathroom mirror. So much has changed in 13 years. But I promise to take more pictures of us from time to time @abumdm.’

Since winning Bake Off in 2015, Hussain has hosted a number of her own food programmes and has released several books. 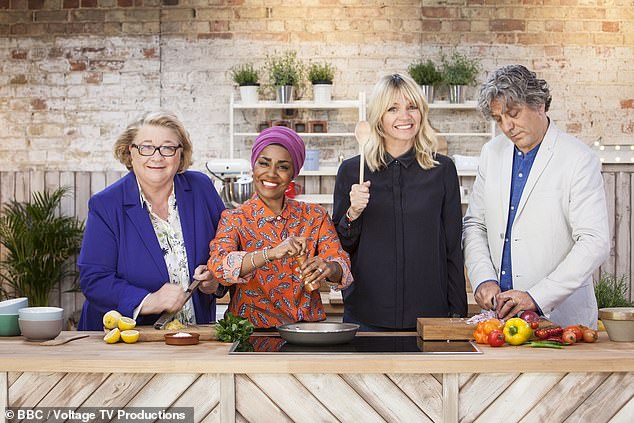 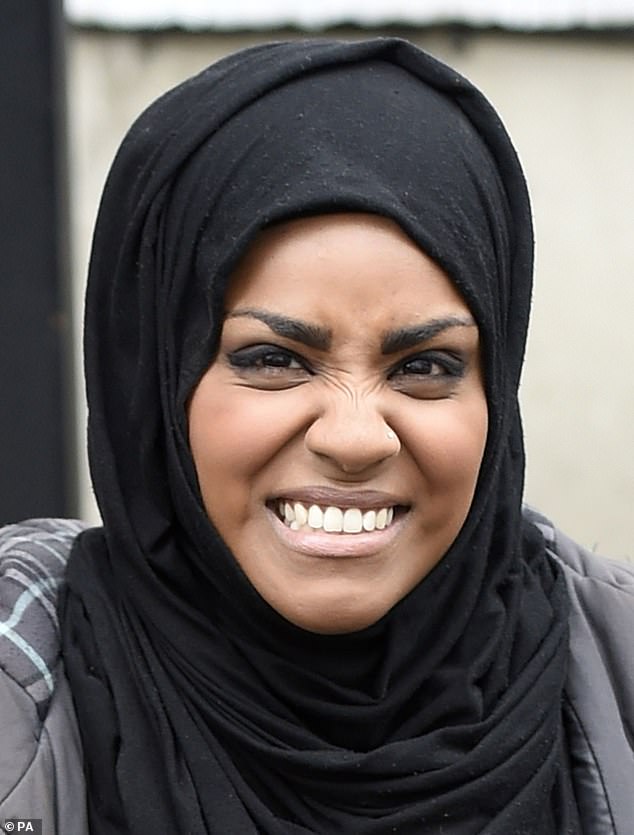 Special: Last year, she told Good Housekeeping magazine: ‘I didn’t know my husband, and then we had two children, and then I fell in love with him’