A group of teenagers stormed a luxury Gucci store and stole thousands of dollars worth of designer items before bragging about it online.

The five balaclava and hoodie-clad teenagers stole multiple handbags as well as clothes after breaking into the store on Perth’s King Street about 2.20am on Tuesday morning.

The group then boasted about their haul on Snapchat and Instagram – filming themselves running and cheering on the street outside before posing with the goods together in a park. 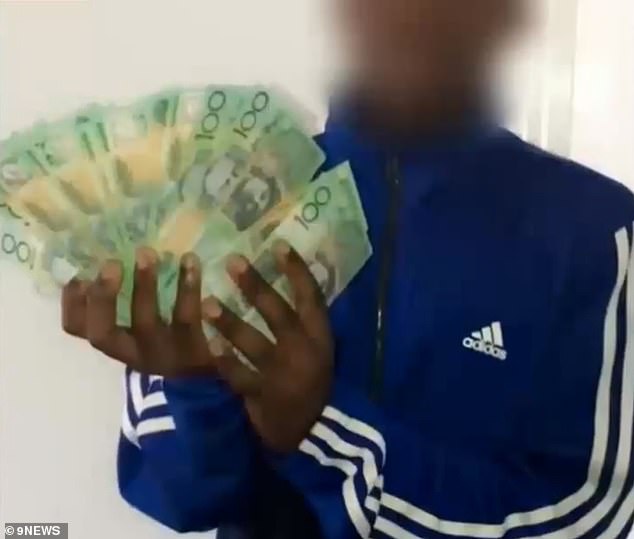 One of the teenagers was also pictured on an Instagram account holding up to the camera about a dozen one hundred dollar bills, according to WA Today.

The five boys aged between 14 and 17 have all been charged with stealing and aggravated burglary after the posts drew the attention of Western Australia Police.

‘Five juveniles were arrested a few hours later and all of the stolen items were recovered,’ a WA police spokesperson told Daily Mail Australia. 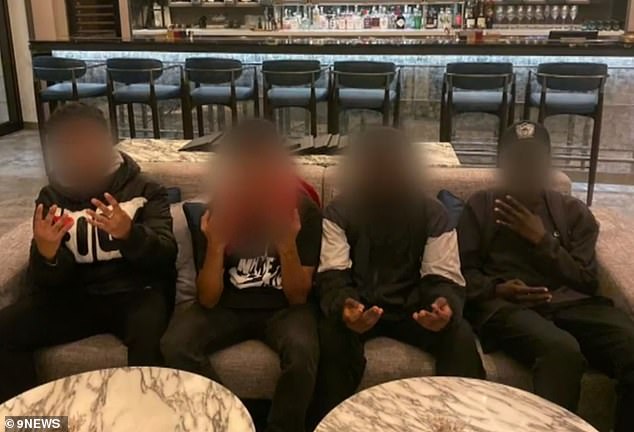 CCTV footage also showed the boys walking the street a matter of minutes before the burglary took place with gloves on their hands and the balaclavas covering their faces.

A 15-year-old boy faced Perth’s Children Court on Wednesday, and will reappear at the court on March 4.