Gary Lineker mocked his Match Of The Day co-stars Alan Shearer and Danny Murphy for being bald, which has now triggered BBC complaints

Bald viewers of the BBC’s Match of the Day have shown solidarity with pundits Alan Shearer and Danny Murphy after host Gary Lineker became embroiled in a row after mocking their lack of hair.

Lineker, who is one of the broadcaster’s highest-paid stars and earned £1.75million last year, poked fun at his fellow presenters for not having any hair on Saturday night’s show.

The camera then focused on the two men who laughed with their head in their hands. But Lineker then now claimed the BBC received a complaint over his jibe and is now obliged to investigate.

Following the revelation, viewers have criticised the complainant, saying Britain is ‘losing its sense of humour’ and asking: ‘Is this generation ever going to understand the concept of a ‘joke’?’

One said: ‘Oh, thank God. A persecuted minority I can be part of! #BraveBaldBlokes.’ 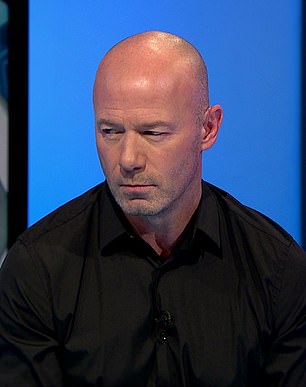 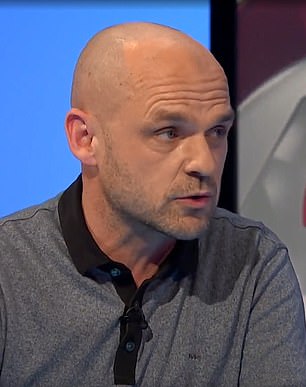 The presenter shared news of the complaints with his 7.3million Twitter followers

Another said: ‘Solidarity with bald people everywhere. We will get over this brutal attack on our self-esteem. Shame on you, Gary.’

And a third said: ‘Sometimes I’m embarrassed for the people of this country! Someone will always take offence at something! About time these idiots were told to go away rather than waste time making pathetic complaints.’

Earlier, Lineker told his 7.3million Twitter followers: ‘The BBC has received a complaint about bald jokes on @BBCMOTD (genuinely).

The BBC refused to comment on whether it is investigating Lineker’s joke, reports the Telegraph. MailOnline has also contacted the corporation.

It comes after the BBC was forced to admit a news graphic claiming pro-Brexit parties lost the European Elections was a ‘lapse of its editorial standards’. 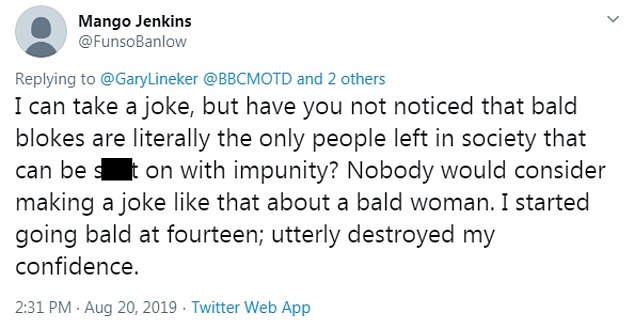 Back in May BBC News reported Remain parties had won 40.4 per cent of the vote and pro-leave parties 34.9 per cent.

But it only included the Brexit Party and Ukip – failing to take in the Conservative result, which would have seen pro-Brexit parties win overall.

The corporation has extremely strict editorial policy and are under an obligation to give feedback about viewer complaints to programme staff.

There is a huge focus on diversity, with specific policies that apply to ‘gender, disability, ethnicity and sexual orientation’.

However many of Lineker’s followers though his joke was funny, with one tweeting: ‘Some of your snowflake pals Gary!’

Another posted: ‘Some folk aren’t happy unless they’re complaining And those lads aren’t bald anyway, they just have one hell of a parting….and I should know’

One exasperated fan wrote: ‘Are you being serious the word we living in it’s going mad I lost the will to live.’

But others were less impressed, with one hitting back: ‘Don’t try and make a joke out of it Gary. Stick to crisps.’

Poking fun at Lineker in return, one wrote: ‘As a baldy I couldn’t care less if someone jokes about my bald head but my sticky out ears that’s another subject entirely……’

Another posted: ‘I’m bald and the funniest thing about bald jokes is most bald people couldn’t give a flying!

‘On a more serious note tho, if publicly this is how the BBC deal with a complaint, allowing a seemingly ‘untouchable’ employee to mock…then what hope do we have.’

Lineker was slammed for taking part in a People’s Vote rally event in London and consistently expressing his support of Britain remaining in the EU.

With a salary of at least £1.75million a year, he is one of the highest-paid stars across the BBC. 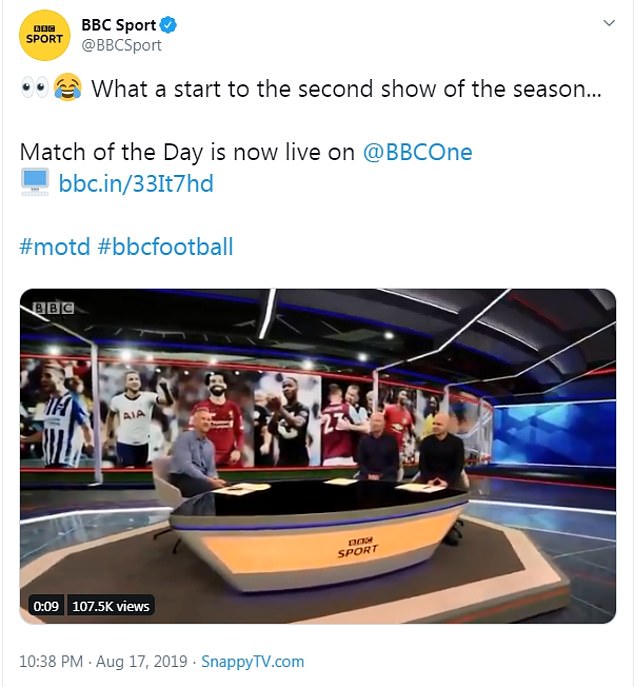 The clip has received 107,500 views on social media and is still viewable on the BBC sport website and online 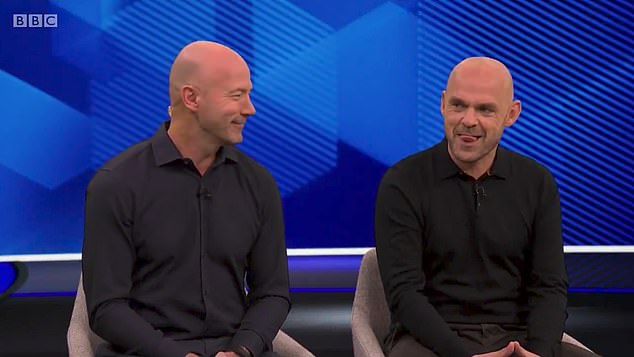 But he is classed as a freelancer and is therefore allowed to depart from the corporations rules on impartiality, regularly sharing divisive political opinions on social media.

A spokesman for Alopecia UK told the Telegraph: ‘It’s a shame that those in the media still use that platform in a way that reinforces negativity towards hair loss.

‘We increasingly hear from more and more men who struggle with hair loss.

‘Jokes about anyone’s physical attributes are extremely outdated and this includes ‘banter’ about hair loss.’