Balding woman gets confidence back thanks to hair tattoo

A woman who spent £25,000 trying to conceal her ever-increasing hair loss claims her life has been transformed by a pioneering ‘hair tattooing’ treatment.

Mehtap Francis began to suffer from thinning hair in her twenties – and had a large circular patch of hair loss on the top of her head by her mid-thirties.

Over the years, as the patch continued to get bigger, the 46-year-old became a recluse and nearly ended her relationship with her partner.

She became so desperate she had hair pieces glued on – which only caused further hair loss.

Then, after trying virtually every remedy on the market, earlier this year she had a scalp micropigmentation (SMP) procedure – which involved tattooing her head with 40,000 hair imitating dots.

She says this has given her her confidence back and she can now leave her house. 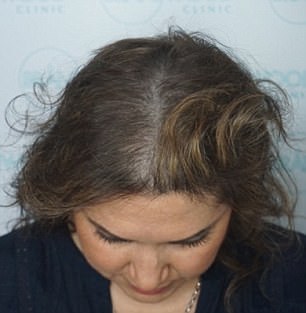 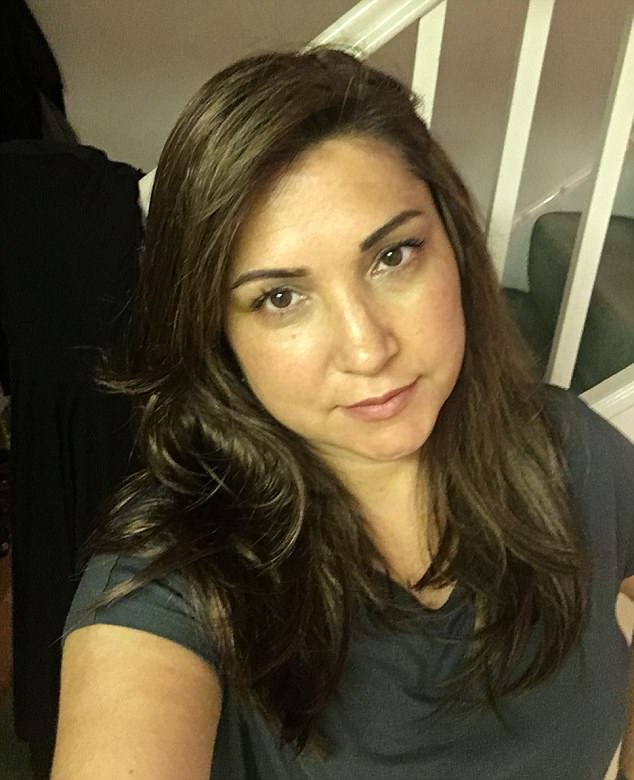 Ms Francis is far from alone – hair loss is far from an exclusively male problem as it’s estimated to affect up to six million women in Britain.

The language interpreter said: ‘Losing part of my hair was devastating. Once I hit my mid-thirties and had this big circular bald patch I was desperate to cover it up.

‘I felt so unhappy and my confidence really went. I like to look nice but was constantly paranoid about my hair.’

Tried everything ‘in desperation’

Alopecia is caused by a combination of genetic and hormonal factors. The hairs produced by the affected follicles become progressively smaller in diameter, shorter in length and lighter in colour, until they eventually shrink completely and stop producing hair.

Ms Francis estimates that over the years, she has spent around £25,000 trying to combat the problem. As well as coloured sprays to hide the thinning patches, she also tried laser treatments and ointments such as minoxidil to try and stimulate hair growth.

‘I am not exaggerating when I say I have probably been to every hair clinic in London and tried pretty much every product on the market,’ she said. 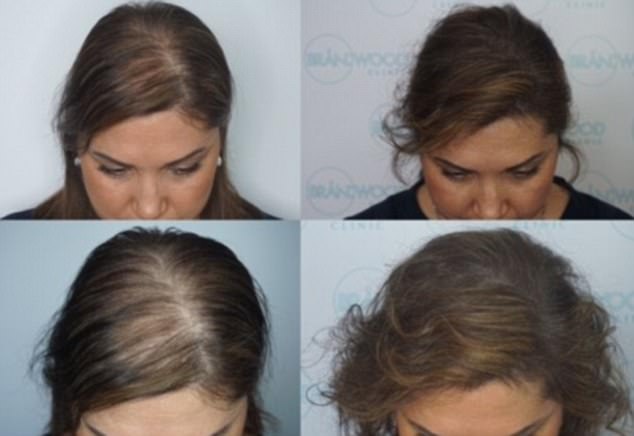 ‘But nothing really worked and a lot of the treatments were very messy or expensive. And the problem with a lot of them is that when you stop using them, you’re back to square one again.’

She even resorted to hairpieces glued to her scalp to cover up the affected area – but this caused her scalp to itch and scab and she suffered a constant dull ache. Plus it made her balding worse.

‘Every four weeks I would go to this salon and have it glued on,’ she said. ‘But it was scratchy and painful and made me lose even more hair. 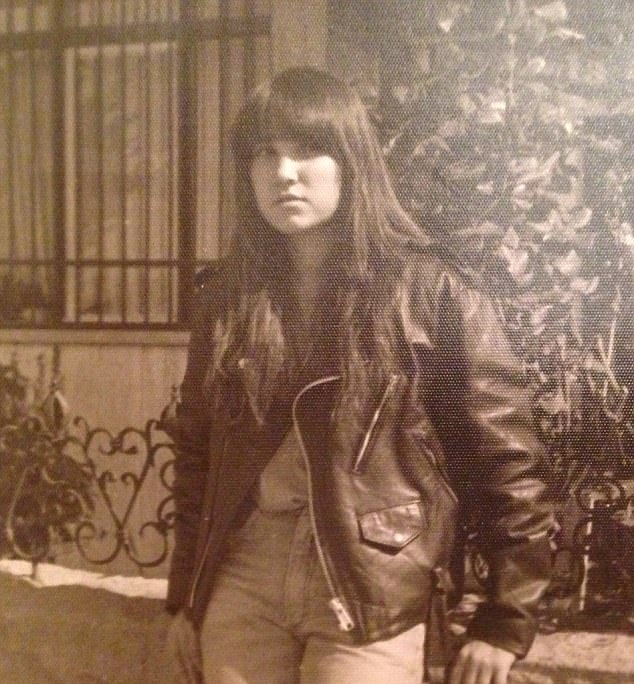 ‘Wearing the hair piece also made it difficult to wash my hair – and I stopped going to the gym as a result, leading to me putting on two stone.

‘Eventually I started to clip it on instead and take it off at night – but then had the problem that I would wake up with my thinning patches showing.

‘My boyfriend would suggest going on holiday or to a spa – but because we are in a long-distance relationship and I had managed to hide my hair loss from him at that point, I would think of any excuse not to go.

‘In the end my confidence was so low I tried to break up with him because I thought he wouldn’t want to be with me if he saw my hair. I was isolating myself more and more.

‘I honestly would have given two of my fingers to get my hair back – that was the impact it had on me.’

‘I no longer feel like an ugly old woman’

It was while searching online for yet more hair pieces that Ms Francis came across the technique which has made her to appear to have a full head of hair once again.

Over the course of four sessions, she began treatment on her scalp in February to match the colour of her natural hair and give the impression of thicker locks.

In total, the treatment cost £2,600 – including top ups for the first year.

‘It is slightly painful but nothing like a proper tattoo – I’ve got one of them, too,’ she said. ‘And after each session my thinning hair became thicker and stronger looking. 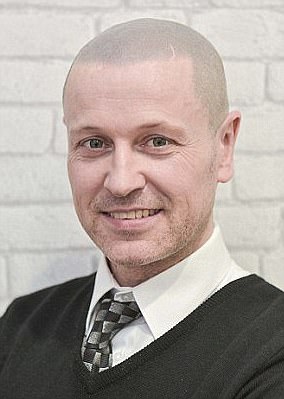 Scamp micropigmentation is a non-invasive technique that uses a fine needle to plant tiny dots of ink into the skin, imitating the look of short hair follicles.

It works by placing natural pigments via a specialist micro needle at the epidermal level of the scalp, to realistically replicate the appearance of natural hair growth.

The procedure gives the appearance of closely shaven hair and can be used to cover a fully bald head or fill in thinning hair or a receding hairline.

It is said to be ‘almost pain-free’ as while a traditional skin tattoo penetrates five layers of the epidermis, SMP only enters two layers.

While the technique has been used in men for a few years, it is increasingly being used in women, too.

The Brandwood Clinic in Birmingham, where Ms Francis was treated, says that women now account for 20 per cent of customers.

It was launched by co-owner Simon Lane after undergoing the treatment himself following a horrific childhood accident.

He suffered third-degree burns and a bald patch after he accidentally pulled a kettle onto himself from the stove top as a two-year-old.

The 44-year-old said: ‘My own experience led me to understand how beneficial scalp micropigmentation can be to many people.

‘Hair loss is devastating for anybody and it can be even harder for a woman to deal with.’

Since its launch two years ago, the clinic has treated more than 1,500 patients and is expanding in the UK this year.

‘It’s not just my physical appearance that’s changed; mentally, I feel so much better, too.

‘Since my treatment finished in April I am like a different person – the transformation in my confidence is unbelievable. I no longer wake up and feel like an ugly old woman with my scalp showing – it’s great.

‘The hair tattoo fills in the gaps, gives density and volume, no chemicals or glue on my scalp, hair and scalp feel nicer to touch. I feel younger and according to my daughter, I look younger, too.’

Each procedure takes between two to five hours depending on the extent of the bald or thinning area, and most people have three sessions.

It is generally recommended clients have brief touch-ups every three to six years after the completion of the first treatment.

‘My partner says my hair was never an issue for him but our relationship has really benefited from my confidence soaring,’ she said.

‘We now go on holiday, I dive into the pool and I’m not constantly worrying about trying to cover up my hair.’

Alopecia is the general medical term for hair loss. There are many types of hair loss with different symptoms and causes. Some of the more common types include:

Male-pattern baldness is most common type of hair loss, affecting around half of all men by 50 years of age. It usually starts around the late 20s or early 30s.

It generally follows a pattern of a receding hairline, followed by thinning of the hair on the crown and temples.

It is hereditary and thought to be caused by oversensitive hair follicles, linked to having too much of a certain male hormone.

As well as affecting men, it can sometimes affect women (female-pattern baldness) – when hair usually only thins on top of the head.

The causes in women are less well understood but tend to affect them post-menopause.

Alopecia areata causes patches of baldness about the size of a large coin. It can occur at any age, but mostly affects teenagers and young adults. It is caused by a problem with the immune system and has a genetic element.

In most cases, hair will grow back in a few months. But some people go on to develop a more severe form of hair loss, such as:

This is usually caused by complications of another condition, such as discoid lupus or scleroderma.

In this type, the hair follicle is completely destroyed and the hair won’t grow back.

It occurs in both males and females and mainly adults. It accounts for about 7% of hair loss cases.

This is widespread hair loss that can affect your scalp, face and body.

One of the most common causes of this type of hair loss is chemotherapy. In some cases, other cancer treatments – including immunotherapy and radiotherapy – may also cause hair loss.

In most cases, hair loss in anagen effluvium is temporary.

This is a common type of alopecia where there is widespread thinning of the hair, rather than specific bald patches. Your hair may feel thinner, but you’re unlikely to lose it all and your other body hair isn’t usually affected.

It can be caused by your body reacting to hormonal changes, (such as pregnancy), intense emotional stress, intense physical stress, such as childbirth, illness,  changes in your diet or some medications.

In most cases, your hair will start to grow back within six months.