Balfour Beatty has revealed plans to purchase another £100million in shares in 2022 after buying back £150million this year.

The infrastructure giant intends to commence the buyback after it publishes its full-year results next March when it expects to announce full-year revenues to be roughly double the £4.2billion it made in the first half.

Its latest trading update also said Balfour Beatty expects to have an order book of around £15.5billion at the end of the year on the back of gaining multiple new contracts in recent months.

Order book: Balfour Beatty’s latest trading update published today said it expects to have an order book of around £15.5billion at the end of the year

These have included two won by its joint venture subsidiary Gammon worth £600million, which will see it construct four residential towers in Hong Kong and design and build a station on Singapore’s Mass Transit Line.

Other projects won by the company include two in Texas worth around $200million and one in the mid-Atlantic, taking the volume of tendering at its US construction arm back to pre-pandemic levels.

In the UK, the group acquired an £85million contract to engineer new overhead lines to help deliver renewable energy in the West of Scotland, as well as a long-term deal for work at the Sellafield nuclear power site.

Balfour Beatty added that it was making good progress at its numerous Central London property developments, with one achieving ‘practical completion’ during the fourth quarter and the other two performing in line with expectations.

The firm expects to receive a further boost from the US Infrastructure Investment and Jobs Act, which was signed into law by President Joe Biden last month and authorises $1.2billion in spending, just under half of which is new expenditure.

Among the measures contained in the legislation are $110billion for upgrading roads and bridges, $65billion each for updating the electric grid and widening broadband coverage, and $25billion for improvements to airports. 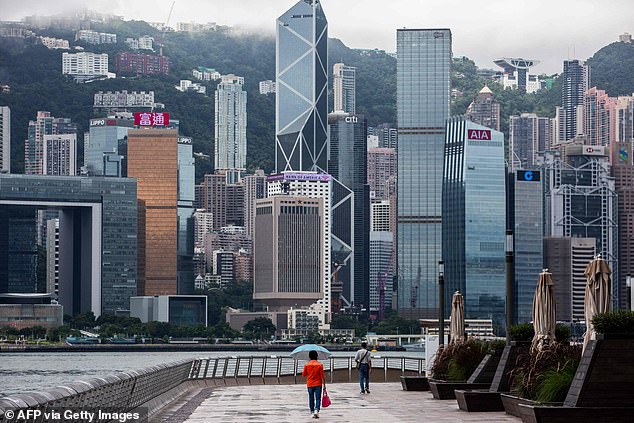 Balfour Beatty’s chief executive Leo Quinn said: ‘The group is on track to deliver a 2021 performance in line with pre-pandemic levels. Looking to 2022, the group has a high-quality order book.

‘We are strongly positioned in three geographies where fiscal expansion, green infrastructure growth and, in the US, public-private partnerships all play to our unique engineering capability. We remain confident of capitalising on these factors to drive superior returns.’

Despite the optimistic update, the business is still under investigation by the US Department of Justice (DoJ) into actions by its subsidiary, military housing landlord Balfour Beatty Communities.

Two employees plead guilty in June to fraud for falsifying maintenance records in order to secure bonus payments for the group while covering up poor quality housing at a number of Air Force bases.

The probe was prompted by Reuters reports that discovered some homes built by the company had experienced major problems ranging from asbestos to severe mold, raw sewage backups and burst plastic water lines.

Balfour Beatty told the news agency that it never permitted the manipulation of maintenance logs and had implemented internal reforms to ensure the practice does not happen again.

It said today that its own probe into the matter ‘has completed, and all findings have been shared with the DoJ’.

‘The group, through its external counsel, is actively working to resolve this matter in a timely manner,’ the firm added.