Cristiano Ronaldo hits out at Ballon d’Or chief’s ‘LIES’ after Pascal Ferre claimed that his career ambition is to finish with more wins than Lionel Messi, as Man United star insists: ‘I win for myself and my teams. I’m never against anyone’

Cristiano Ronaldo has released a furious statement hitting out at claims from Ballon d’Or chief Pascal Ferre that his career ambition was to finish his playing days with more awards than his rival Lionel Messi – accusing him of lying.

Ronaldo was absent from Monday night’s awards ceremony – run by publication France Football – and the Manchester United star sent out a lengthy retort to comments made by Ferre to the New York Times that he always had Messi in his sights amid their bitter rivalry to win the year gong.

Ferre had said: ‘Ronaldo has only one ambition and that is to retire with more Ballon d’Or than Messi and I know because he told me.’ 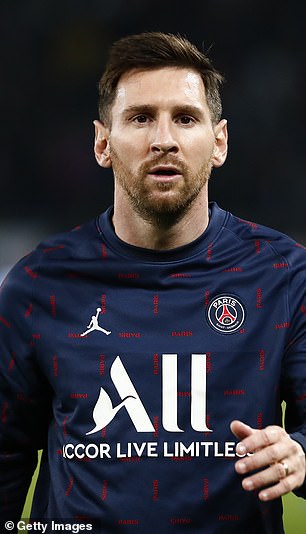 But the player hit back at that claim, saying Ferre had used his name to promote his name, his publication and the ceremony – insisting he wins for himself and his clubs and that his career goals are to leave an impact on the game, win as many trophies as possible and leave an example to youngsters.

‘Today’s outcome explains Pascal Ferre’s statements last week, when he stated that I confided in him that my only ambition was to finish my career with more Golden Balls than Lionel Messi,’ he wrote on Instagram.

‘Pascal Ferre lied, he used my name to promote himself and to promote the publication he works for.

‘It is unacceptable that the person responsible for awarding such a prestigious prize could lie in this way, in absolute disrespect for someone who has always respected France Football and the Ballon d’Or. 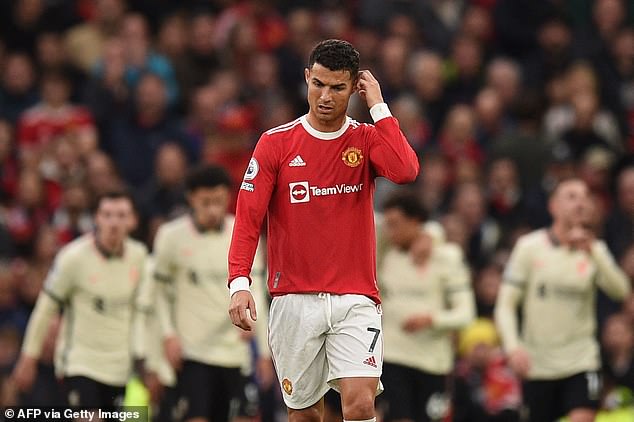 ‘And he lied again today, justifying my absence from the Gala with an alleged quarantine that has no reason to exist.

‘I always want to congratulate those who win, within the sportsmanship and fair-play that have guided my career since the beginning, and I do it because I’m never against anyone.

‘The biggest ambition of my career is to win national and international titles for the clubs I represent and for the national team in my country.

‘The biggest ambition of my career is to be a good example for all those who are or want to be professional footballers. 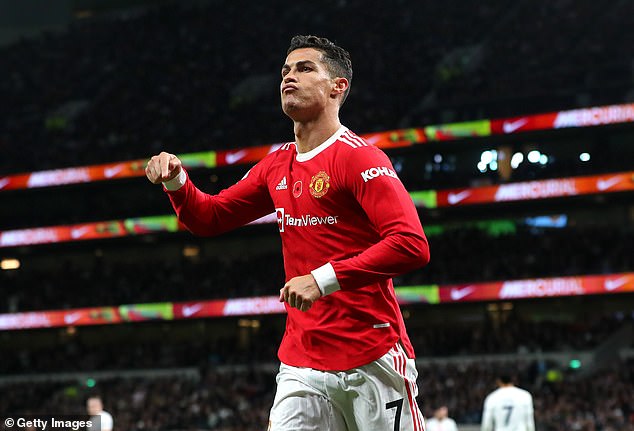 He said his only career goals were to win trophies, leave an impact on the game and leave an example for young players

‘The biggest ambition of my career is to leave my name written in golden letters in the history of world football.

‘I will end by saying that my focus is already on Manchester United’s next game and on everything that, together with my team-mates and our fans, we can still achieve this season.

‘The rest? The rest is just the rest…’