Balmoral rangers slammed wild campers yesterday after a group had left tents and rubbish strewn on the Queen’s private Scottish estate on Saturday.

The estate’s rangers shared a picture on Twitter of the seemingly abandoned tents and rubbish that were left on the Balmoral grounds.

Some of the camping chairs were pictured knocked to the ground, while tree branches lay in the middle of the campsite, set up for a fire.

Balmoral rangers slammed campers on Saturday after finding a messy campsite (above), seemingly abandoned, on the grounds of the Queen’s Scottish estate

It is unclear whether the campers had left the messy site for a day out, or had abandoned the tents and other items.

They later added that the scene was found on Saturday morning, and said ‘hopefully they will return and tidy up’.

It is unclear whether the campers left the messy site for a day out, or had abandoned the tents and other items.

There were beer cans, drinks bottles, food containers and plastic bags that had been left on the ground.

The estate is expected to welcome the Queen and Prince Philip for their annual summer visit within weeks, after the couple has been self-isolating at Windsor Castle since mid-March.

Social media users were furious at the scene, saying the actions were ‘diabolical’ and ‘absolutely clueless’.

One Twitter user said: ‘Wouldn’t you tidy up before heading out, at least put the toilet paper and cardboard boxes inside, stuff that makes a mess in the rain, supplies that would be wasted, and tidy rubbish that can blow away. You don’t leave it like this even for a day out.’ 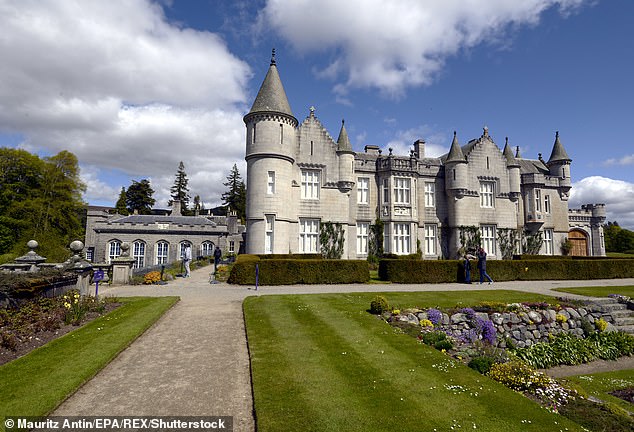 Balmoral estate  is expected to welcome the Queen and Prince Philip for their annual summer visit within weeks, after the couple has been self-isolating at Windsor Castle since mid-March

More families are opting for ‘stay-cations’ in British beauty spots this summer, as travel restrictions following the coronavirus lockdown have caused many holidays abroad to be cancelled.

This comes after growing concerns about the amount of rubbish left in the Scottish wilds.

The Mountain Bothies Association (MBA) recently announced that two vital shelters on the estate had been locked – at least one due to ‘irresponsible’ behaviour.

The MBA runs around 100 shelters for walkers in some of the remote parts of the UK. But these facilities are currently closed amid the coronavirus pandemic.

In May, the MBA also issued warnings about Glas Allt Shiel bothy near Lochnagar ‘due to recent misuse, despite it being officially closed’.

Lochnagar, an area loved by Prince Charles, has been a popular attraction for visitors during lockdown.

The Prince of Wales immortalised his affection for Lochnagar in his illustrated 1980 children’s book The Old Man Of Lochnagar. 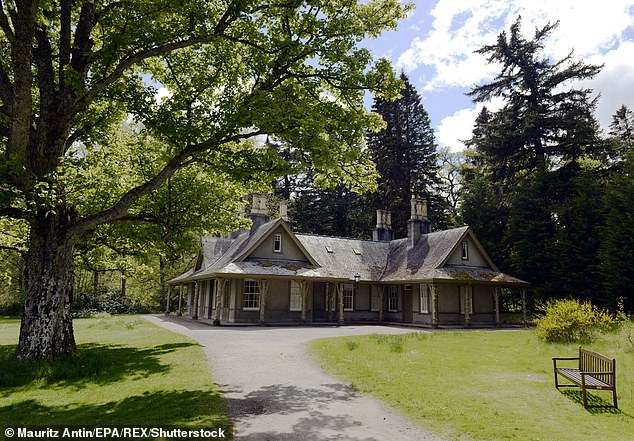 There have been growing concerns at the amount of rubbish left on the Aberdeenshire estate and nearby mountains, after Balmoral also slammed litter bugs in 2018 and 2016. Pictured, Garden Cottage on the grounds of Balmoral Castle

But the mountain has recently become a dumping ground for some walkers and campers.

Back in 2008, Charles attacked litter louts who he said treated the British coastline like a dustbin.

Princes William and Harry have also recounted how their father used to make them pick up litter with ‘spikes’ while on vacation to the Aberdeenshire estate.

The Balmoral estate slammed litter bugs in 2018, after people left nearly 43lb of rubbish on its slopes. The haul included plastic bottles, wrappers and plastic containers.

They also hit out at people who left a mountain of rubbish in a bothy, a basic shelter, in 2016.

It took a total of three trips, by one of Her Majesty’s Land Rovers, to clear the quantity of rubbish, which included abandoned shopping trolleys.