Ban cars from outside schools to protect children from air pollution

Ban cars from outside schools to protect children from air pollution, say 90% of parents and residents

Most parents want traffic-free roads outside schools to protect children from air pollution, according to a new survey.

Three-quarters are worried about the health impact of car exhaust fumes at drop-off and pick-up times.

The poll was conducted online and also during and after an event which saw timed traffic restrictions on roads outside school gates.

Seventy-two per cent of respondents agreed that when road closures had taken place, streets felt safer to use.

The charity has called on the government at the start of Bike to School Week, which begins today, to take action to cut traffic around schools.

Xavier Brice, chief executive at Sustrans said: ‘We all know that we are living with dangerous levels of air pollution in our towns and cities. 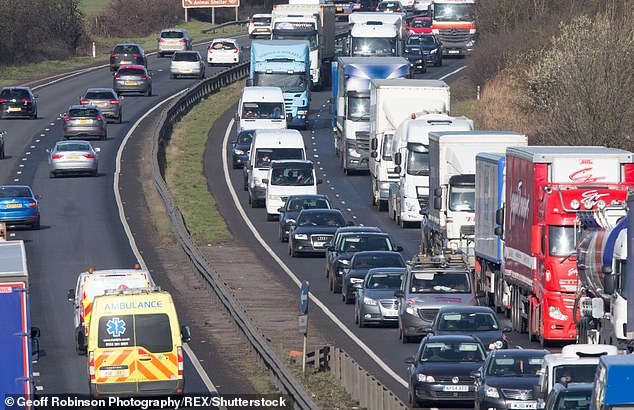 ‘Despite this, the latest figures from the National Travel Survey show that 45 per cent of primary school children in England travel to school by car – a one per cent increase from last year’s figures.

‘These figures are worryingly high, with the average journey to primary school being just 1.6 miles – a distance that can be easily cycled.

‘To see an uptake in cycling, we need to make it easier for families to walk and cycle to school.

‘This will prevent those most vulnerable, such as children, from being exposed to toxic levels of air pollution while enabling them to easily slot in physical activity into their day.’ 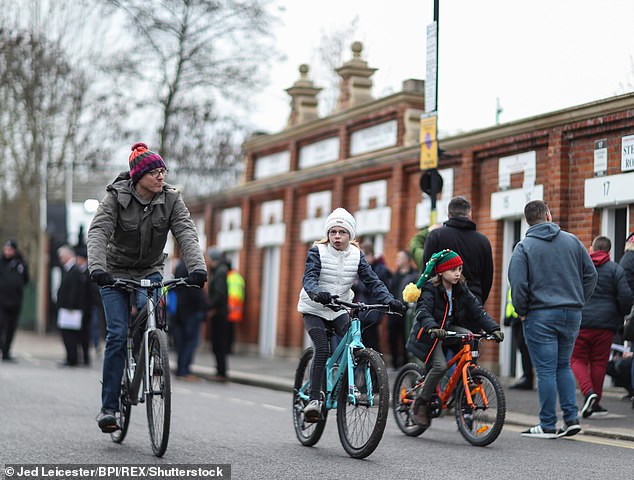 The charity has called on the government at the start of Bike to School Week, which begins today, to take action to cut traffic around schools

Polly Billington, Director of UK100, a network of local leaders, said: ‘Parents like the idea of quiet, car-free streets near schools when fear of traffic and air pollution is an everyday concern for families.

‘Decision-makers at local and national level should find ways to make this happen: by investing in safer cycleways and paths, affordable public transport and safer, well-lit streets.

‘Many councils outside London struggle to enforce car-free streets so they will need the powers and resources from central government to do so.’

It was revealed last July that thousands of schools across the country are introducing new measures in a bid to deter families from using their cars.

These include closing roads, setting up ‘park and stride’ schemes and walk to school initiatives.

In Edinburgh, families have been banned from dropping their children off at nine schools. Hackney council in London has previously closed roads outside five schools.

Road transport accounts for 26 per cent of the UK’s greenhouse gas emissions, with the main sources being petrol and diesel cars.