BAN CIGARETTES NOW: Why Australia needs to copy NZ and stop kids from ever taking up smoking

Nobody currently aged 14 in Australia should ever be allowed to smoke.

If that sounds like a radical proposal then you need to good look at yourself. I’m not suggesting cigarettes should be banned entirely, just that the habit be allowed to die out with the people who already smoke.

Earlier this month, New Zealand Prime Minister Jacinda Ardern announced her plans for a smoke-free country meant no one turning 18 in 2025 will ever be able to legally buy cigarettes.

It’s a simple and brilliant law. No ifs, no buts (or butts), just stop before you ever get the chance to start.

Cigarette smoking (pictured) is a hard habit to break, which is why New Zealand plans to end it by stopping those aged 14 and younger from ever starting to smoke

No one – apart of course from tobacco companies – should oppose this plan. If you already smoke, keep going, the law doesn’t stop you.

If you’re a parent, do you really want your children to smoke? If the answer is yes, again, take a good look at yourself.

If you’re a civil libertarian who thinks people should be allowed to do whatever they like – isn’t there are an anti-vaccine protest you need to attend somewhere?

If you’re wondering why draw the line at 14, it’s because the line has to be drawn somewhere.

If you’re already 15 and planning to smoke, you’d still have the right to give yourself a two-thirds chance of killing yourself with a monstrously expensive habit. Lucky you.

Smokers almost always defend their habit by saying the government needs the tobacco excise money their habit generates. The opposite is true.

Smoking is Australia’s leading risk factor for death and disease. It kills around 21,000 people each year and leads to one in five cancer diagnoses.

It costs our economy $136.9billion a year, more than nine times the $14.75billion raised each year by tobacco excise.

Gradually ending cigarette smoking would not just benefit people’s health and the state of the country’s finances, it would also make an aesthetic difference. 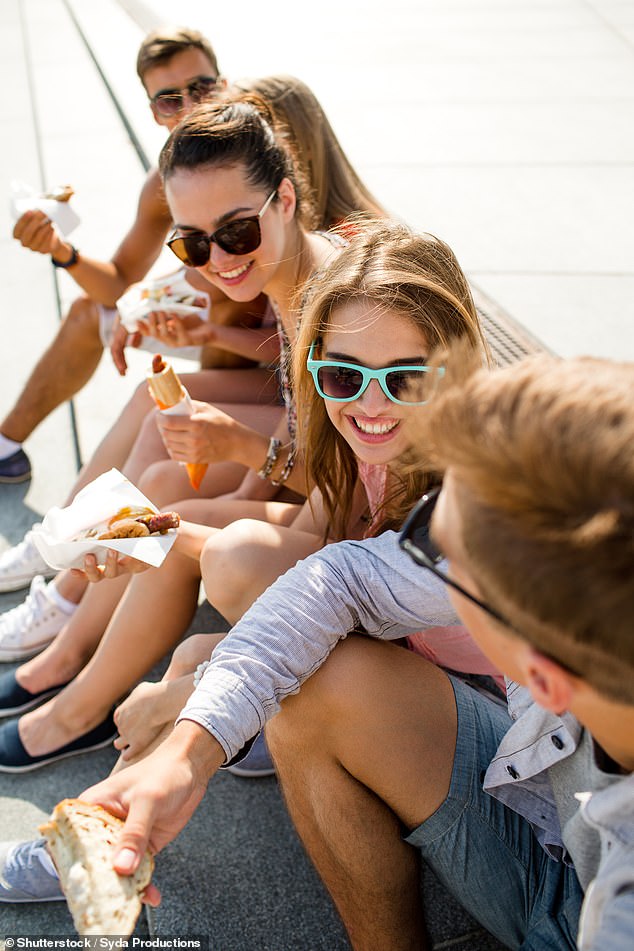 Teenagers (pictured) enjoying some snacks. A far better, and cheaper, option than spending their money on cigarettes

Australians are generally a tidy lot and don’t litter. The main exception is cigarettes. There isn’t a street or a beauty spot in the country that isn’t spoiled by cigarette butts.

And how many bushfires have been caused by cigarettes thrown from car windows? A fire caused by a cigarette at Sydney Olympic Park in October 2013 destroyed or damaged 80 cars. It was astonishing there was no loss of life.

Former Labor Party leader Bill Shorten says he is against bringing in a law to ban 14-year-olds from ever smoking because it would lead to a black market in cigarettes.

Of course it would. And that’s a police matter. But it would be a minute problem. Cigarettes are already hugely expensive and would be even more so in a black market. 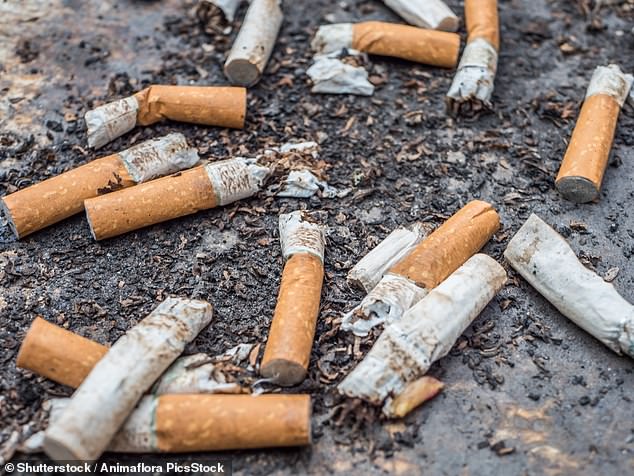 How many 14-year-olds are going to have $50 or more to buy a pack of cigarettes on the black market? Maybe the ones with more money than sense, but you can’t legislate for stupidity.

And that brings me to my final point. Those currently aged 14 or younger should never be allowed to smoke because it will save them from being as stupid as I was.

The greatest regret of my life is that I ever smoked. I stopped when I was 23 and it was very hard, but I got there.

It would be great to save young people the trouble of having to stop by making sure they never start in the first place.