An 85-year-old woman from Kentucky is suing Banana Republic and its parent company, Gap Inc, claiming that she has been discriminated against because of her age and disability, and treated ‘cruelly’ by her 29-year-old supervisor.

Nina Zarocostas, a mother and grandmother from Lexington, on September 16 filed a complaint in Fayette Circuit Court naming as defendants her former employer and Andrea Moberly, the general manager of the Banana Republic store at Fayette Mall where she had worked for 13 years.

According to the 16-page complaint, Zarocostas was hired as a salesperson at the store when she was 72-years-old. 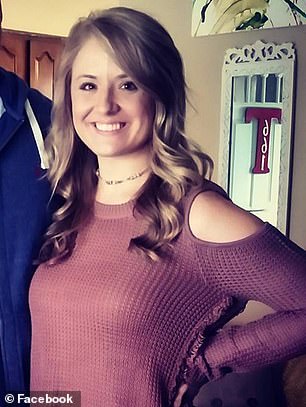 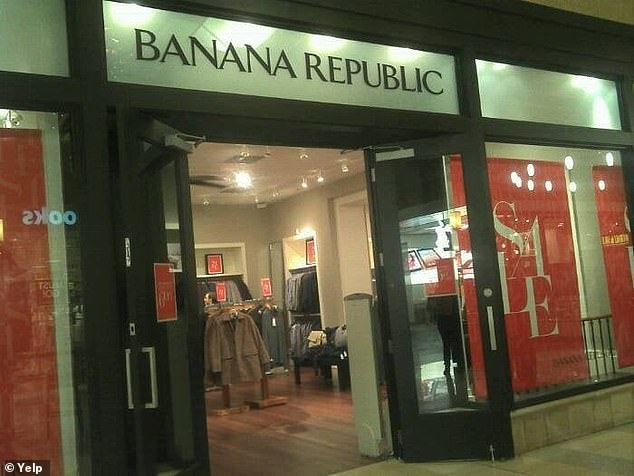 Zarocostas was hired as a salesperson at the Banana Republic at Fayette Mall in Lexington, Kentucky, when she was 72-years-old. 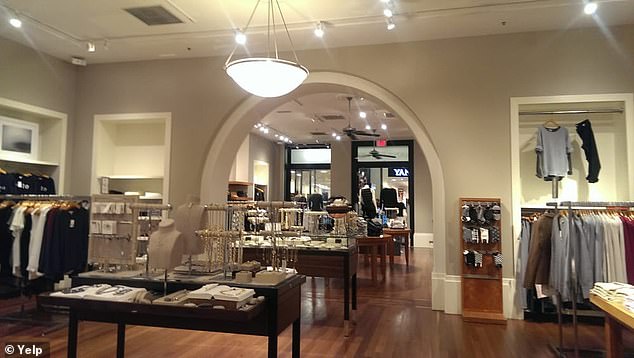 During her tenure at the store, Zarocostas – a striking brunette with a taste for bold makeup and leopard-print outfits – distinguished herself as a ‘top salesperson who sold millions of dollars’ worth of products before she was ‘cruelly discriminated and retaliated against and unlawfully forced out’ earlier this year, according to the complaint.

The lawsuit points out that Zarocostas had consistently met her sales goals and reached high levels in the company’s metric program called ‘Banana Republic Platinum Circle.’

She also received awards for her ‘stellar service’ with the company.

A few years after joining Banana Republic, Zarocostas was diagnosed with knee arthritis, which left her suffering from pain in her legs from standing on the job for long periods of time, according to the complaint. 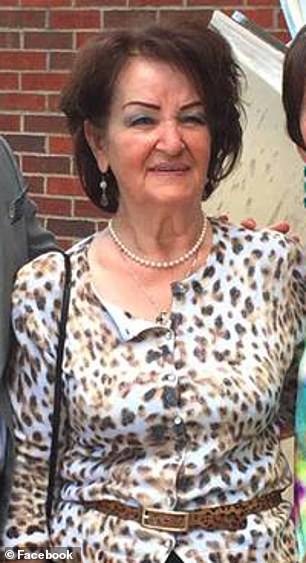 A few years after she was hired, Zarocostas was diagnosed with arthritis in her knees and was told by her doctor that she required regular breaks at work

By the time she turned 80, Zarocostas was diagnosed with a permanent disability because of arthritis in both of her knees.

As a result, her orthopedic surgeon furnished her with a letter saying that she required rest breaks.

According to the lawsuit, at first, the company accommodated the saleswoman’s work restrictions.

As time went by, Zarocostas’ condition worsened and she provided additional letters from her doctor saying that for each hour of work, she required 10-minute seated rest breaks.

Store management continued to provide accommodations for her disability, and according to the complaint, Zarocostas continued to ‘thrive’ as an employee and planned to stay on at the store ‘for many years to come.’

Then in May 2018, the Banana Republic store at Fayette Mall hired Andrea Moberly as general manager.

According to the lawsuit, the 29-year-old supervisor ‘did not like the fact that [Zarocostas] was elderly and taking disability breaks at work,’ and she allegedly began ‘targeting and harassing’ the octogenarian employee.

The court document claims that despite having letters from Zarocostas’ doctor, Moberly was intent on ‘cruelly depriving [her] of her breaks to make her suffer and ultimately force her out’ of the store.

DailyMail.com reached Moberly by phone at the store on Wednesday, but she declined to comment on the lawsuit, saying that information was ‘confidential.’ She did promise to call back.

Zarocostas’ lawsuit alleges that Moberly began by informing her that she was no longer allowed to take her 10-minute breaks.

When the woman complained about her treatment to a co-worker, Moberly allegedly grew angry, pulled Zarocostas aside and told her she was not permitted to pass on the contents of their conversation about her breaks to others.

Zarocostas later contacted the district manager of Banana Republic to complain about what the lawsuit describes as unlawful employment practices and Moberly’s conduct toward her. 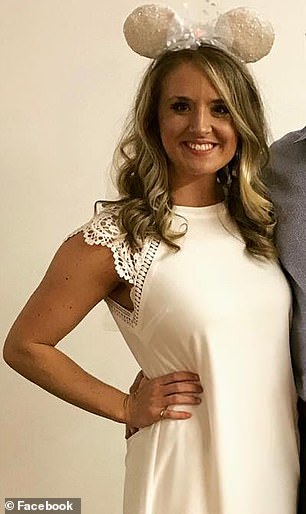 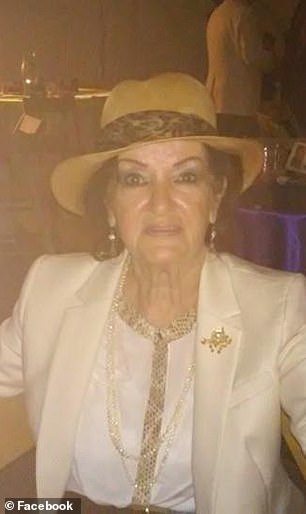 The lawsuit claims that when Moberly (left) was hired as general manager in May 2018, she allegedly began targeting Zarocostas (right) because of her age and disability

In response, the manager allegedly ‘maliciously’ retaliated by repeatedly slashing the saleswoman’s work hours, eventually leaving her with just two three-hour shifts per week, as part of an alleged plan to force out the 85-year-old woman and replace her with someone younger, according to the lawsuit.

The complaint goes on to accuse Moberly of isolating Zarocostas, fabricating disciplinary reports against her, subjecting her to increased scrutiny and harassing her at work ‘to the point that [she] began suffering anxiety, distress, chest pains and arrhythmia.’

The 29-year-old manager also allegedly humiliated Zarocostas by making her ask to use the bathroom at work, according to the filing.

After having her hours cut, Zarocostas was forced to quit because she could not make ends meet by working just six hours a day, the complaint says.

DailyMail.com contacted Gap Inc, the parent company of Banana Republic, on Wednesday afternoon seeking comment on the lawsuit and was awaiting a reply.