A Bangladeshi man who was dubbed the ‘tree man’ because of his rare skin condition is facing more surgery after the ‘bark’ on his hands returned.

Abul Bajandar, 28, has had 25 operations to remove the painful warts on his hands which makes them resemble trees.

But doctors at a hospital in the capital Dhaka, said he had missed appointments last year after the condition returned.

As a result the disorder has worsened, as the warts have now spread to his feet and other parts of his body and protrude up to an inch from his hands. 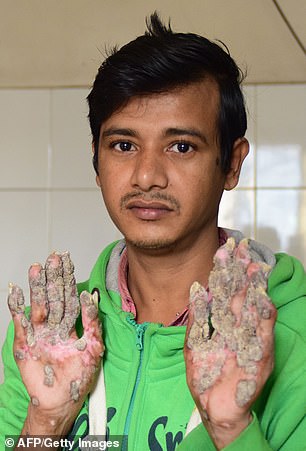 Abul Bajandar, 28, is seen (left) in November last year after his condition returned and spread to his feet. He is pictured right last January after the warts began to return 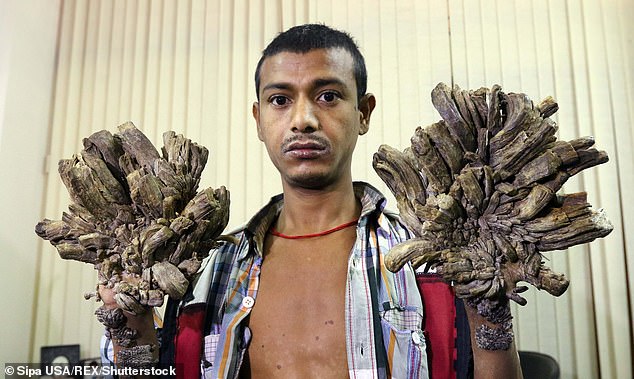 Medics said he would need five or six further operations to address the disease, known as epidermodysplasia verruciformis.

It is the latest setback for Mr Bajandar who was unable to eat or drink by himself before his surgeries in 2016.

He had 11lb of the growths removed after they left him unable to hold his daughter.

Doctors were on the verge of declaring their treatment a success before a sudden relapse last year prompted him to flee the clinic in May without notifying staff.

He said: ‘I made a mistake by leaving the hospital. 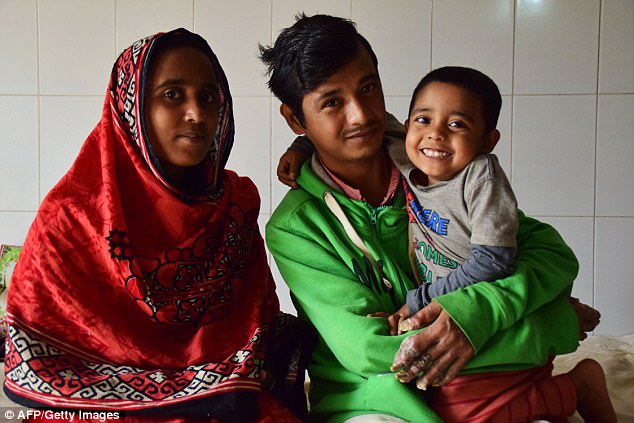 Mr Bajandar (pictured with his family) was previously forced to stop working due to his excruciating condition, leaving him desperately anxious for his daughter’s future 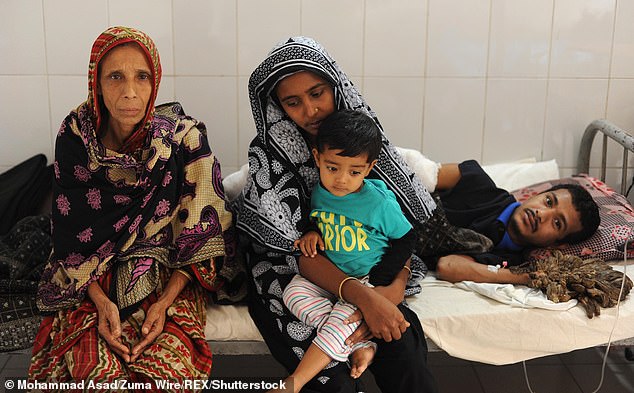 Mr Bajandar (right), pictured with his wife Halima Begam (centre), his daughter Tahera and his mother, lies in a hospital bed before his surgery in 2016

WHAT IS EPIDERMODYSPLASIA VERRUCIFORMIS?

These can be reddish-brown to violet and may have scaly surfaces or irregular borders.

They most commonly occur on areas exposed to the sun, such as the hands, feet, face and ear lobes.

EV is thought to be caused by sufferers’ having an impaired immune system, making them more vulnerable to HPV and wart-causing viruses.

Some 10 per cent of sufferers come from marriages with blood relatives.

In up to 60 per cent of cases, EV lesions transform into skin cancer if exposed to UV light.

There is no cure. Lesions can be removed as they appear.

‘I sought alternative treatment but could not find any. I now I understand I should have stayed and continued the treatment here.’

There is no cure for the disease, which plastic surgeon Samanta Lal Sen said is suffered by fewer than six people worldwide.

The surgeon said doctors would resume treatment ‘very soon’, saying: ‘I requested Bajandar to return as soon as possible.

‘Now we have to start from the very beginning. We’ll have to conduct more surgeries.’

Prime Minister Sheikh Hasina had promised free treatment for Bajandar after his plight captured the sympathies of the country.

He lived in the hospital’s expensive private cabin with his wife and daughter for nearly two years during his first round of treatment treatment.

At the time, Mr Bajandar, who was in hospital for around 30 days after the procedure, said: ‘I can hold my daughter in my lap and play with her. I can’t wait to go back home.’

He was previously forced to stop working as a rickshaw driver due to his excruciating condition, leaving him worried for his daughter’s future.

The hospital also treated a young Bangladeshi girl suffering from the condition in 2017.

Doctors declared her surgery a success, but her father later said the growths had returned in even greater numbers, prompting the family to halt treatment and return to their village. 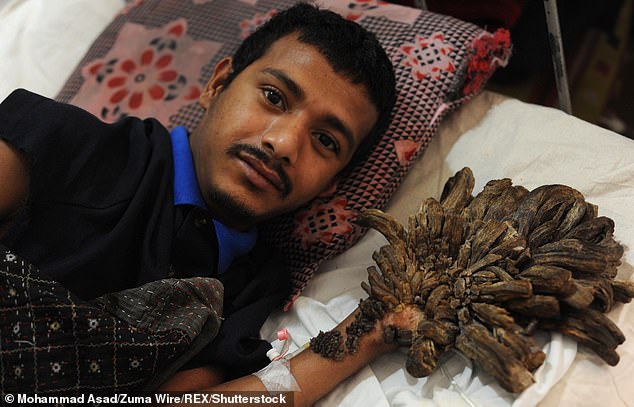 Mr Bajandar in February 2016 before surgery at a hospital in Dhaka. The rare disease makes warts grow on his hand which look like the bark of a tree 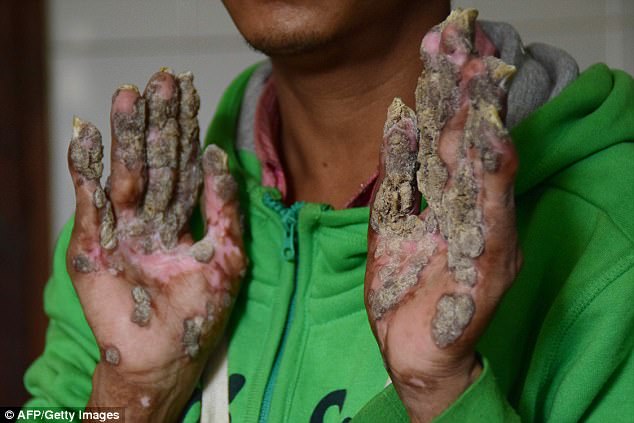 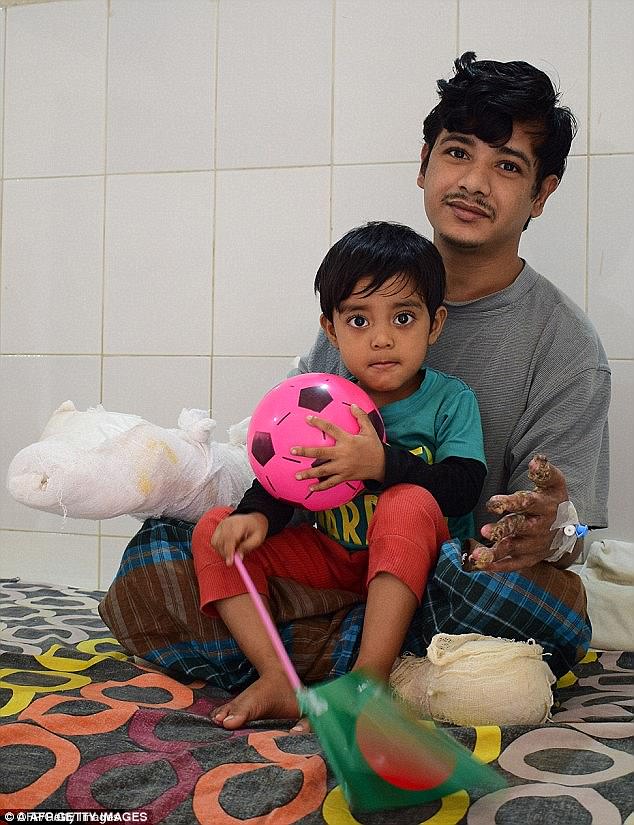