The spending habits of millennials should not be criticised by older generations that were just as frivolous, the boss of Metro Bank said.

The bank’s chief executive Craig Donaldson says baby boomers also splashed the cash in their 20s despite them being stereotyped as frugal.

Responding to suggestions that younger people struggle to get on the housing ladder because of their expensive tastes, he dismissed older critics of millennials’ ‘avocado brunch’ lifestyles as jealous.

‘When the older generation look back at what they did, they did the same,’ he told The Telegraph.

‘We used to go to the greasy spoon to get a full English after playing rugby and being out the night before.

‘We should celebrate young people having a good time. When they look back they’ll realise that actually we [older people] were just jealous.’

The 45-year-old’s annual earnings exceed £1 million, but in his 20s he survived on pasta and tomato ketchup at the end of each month due to careless spending.

His comments contrast with statements from Australian property developer Tim Gurner, who suggested millennials had only themselves to blame for not being able to buy houses.

‘When I was trying to buy my first home, I wasn’t buying smashed avocado for $19 and four coffees at $4 each,’ he said.

‘We’re at a point now where the expectations of younger people are very, very high.’ 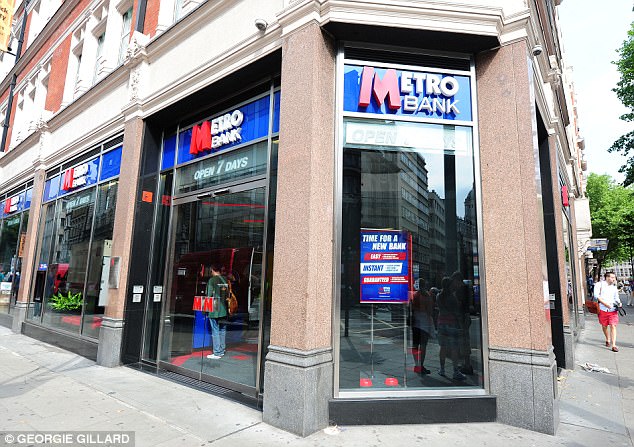 The Metro Bank boss’s comments contrasted with those of Australian property developer Tim Gurner, who suggested millennials expect too much

But Mr Donaldson pointed out that millennials graduated in the aftermath of the 2008 recession, adding he also graduated in a recession in the 90s.

‘Graduating in a recession makes you work hard,’ he said.

‘It makes you appreciate what you’ve got.

‘I think people are more resilient than we give them credit for.’