Another giant U.S. corporation announced bonuses on Friday that are directly related to a sweeping reform of America’s income tax code.

Goldman Sachs analysts estimated in December that the Republican tax cuts, which include a reduction in the corporate rate from 35 per cent to 21 per cent, would likely boost the earnings of big banks by more than one-eighth in 2018.

CEO Brian Moynihan said in a letter to his workforce that ‘in the spirit of shared success, we intend to pass some of those benefits along immediately.’

President Donald Trump had already extended his tax-cut victory dance Friday morning, taking credit for a wave of corporate bonus announcements in the wake of his legislative victory on Wednesday.

President Donald Trump has another success story to tell after he signed the tax cut bill into law Friday morning as a giant bank is paying $1,000 bonuses to 145,000 of its employees 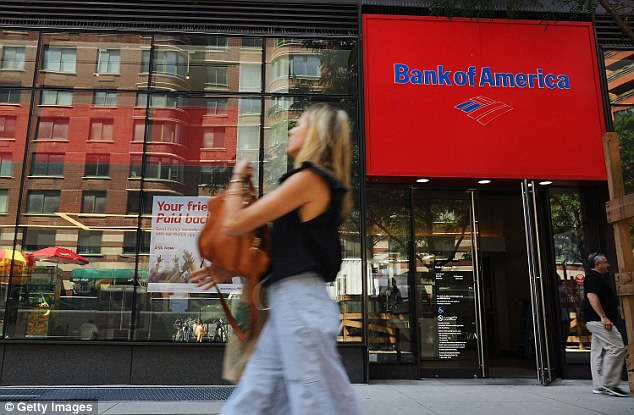 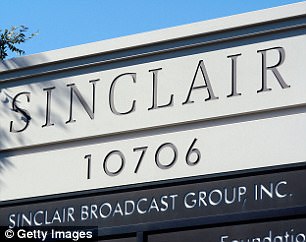 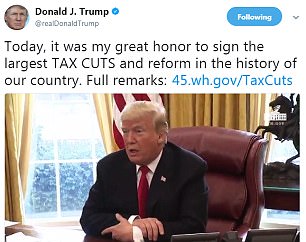 Earlier in the day Sinclair Broadcast Group announced its own $1,000 bonus pledge, and President Trump tweeted a dubious claim that his tax cuts were the biggest in U.S. history 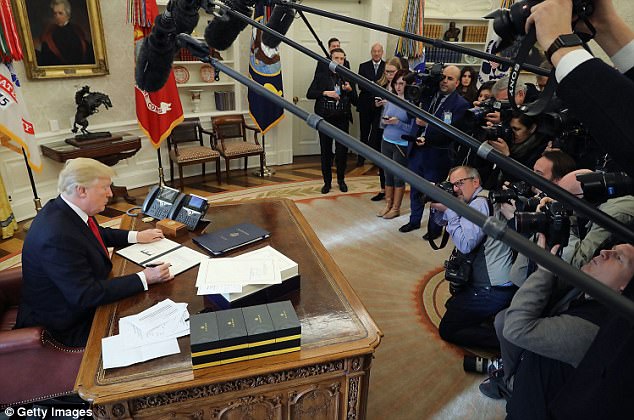 ‘Our big and very popular Tax Cut and Reform Bill has taken on an unexpected new source of “love” – that is big companies and corporations showering their workers with bonuses,’ the president wrote on Twitter.

‘This is a phenomenon that nobody even thought of, and now it is the rage. Merry Christmas!’

Sinclair Broadcast Group said Friday that ‘as a result of tax reform legislation, it will pay a $1,000 bonus to almost 9,000 full-time and part-time regular employees at all of its stations and subsidiaries, excluding senior level executives.’

AT&T had said Wednesday that it will pay $1,000 bonuses to more than 200,000 employees once a tax reform bill approved by Congress is signed into law. 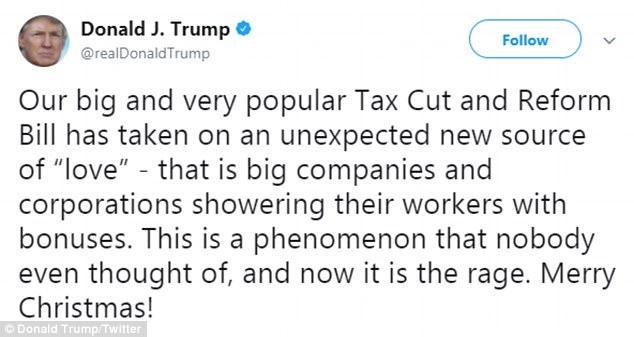 The president started the day by extending his tax-cut victory dance, taking credit for a wave of corporate bonus announcements 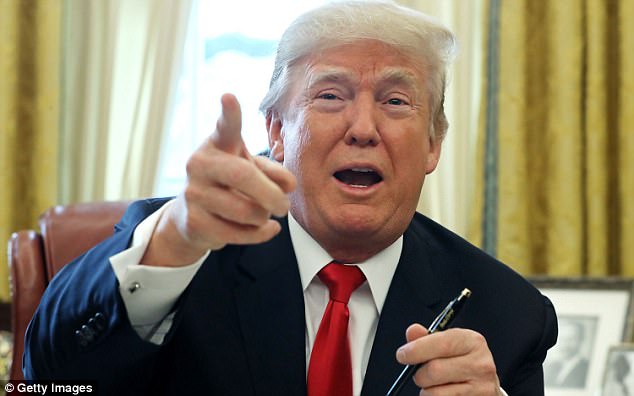 The president signed the bill, along with a separate piece of legislation authorizing the purchase of $4 billion in military hardware to beef up America’s missile defense capability

And Fifth Third Bancorp in Cincinnati, Ohio said it will pay $1,000 bonuses to more than 13,500 employees. The company will also raise the minimum wage for its workforce to $15 per hour.

‘We feel strongly that the message should be loud and clear that this is a tax cut that will benefit all Americans,’ said Ronny Korb, Pinnacle Bank’s Texas Charter president.

Trump has staked his claim on the idea that the middle class will benefit from tax cuts that focus more dollar-for-dollar savings on companies and the wealthy.

And the stock market has rallied this week based on predictions that significant amounts of tax-cut savings will ultimately go to investors, not workers.

The White House insisted Thursday that it didn’t coordinate Trump’s tax victory event on Wednesday with the companies’ bonus announcements.

Boeing also said it would make a ‘$300 million employee-related and charitable investment as a result of #TaxReform legislation.’

And Wells Fargo made its own $15-per-hour minimum wage pledge, saying it was prompted by the tax plan. The San Francisco-based bank also said it would make $400 million in donations to nonprofit charities and other community organizations in 2018. 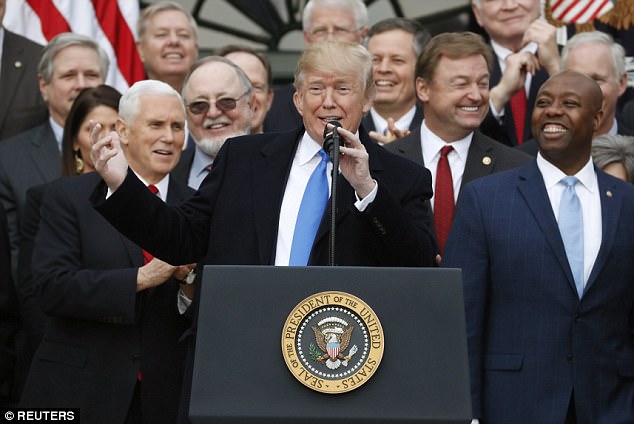 Trump’s tax-cut celebration at the White House on Wednesday included the news that AT&T is responding by paying $1,000 bonuses to all its workers 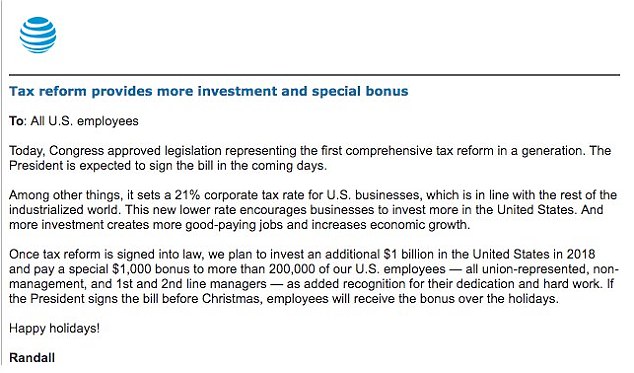 In a letter to employees, AT&T CEO Randall Stephenson said the bonuses would be paid to all ‘union-represented, non-management, and 1st and 2nd line managers’

Trump went out of his way Wednesday to read aloud a news account of the AT&T bonus announcement, saying that more similar good news would be coming.

‘I mentioned AT&T,’ he said minutes later, ‘but many companies have come forward and [are] saying they’re so happy, and they’re going to be doing similar announcements.’

In a letter to employees this week, AT&T CEO Randall Stephenson said the bonuses would be paid to all ‘union-represented, non-management, and 1st and 2nd line managers.’

The missive to AT&T’s workforce said the new 21 per cent corporate tax rate would put the U.S. ‘in line with the rest of the industrialized world.’