Bank of England turned a blind eye to pensions time-bomb

Accident waiting to happen: A £1.5trillion time-bomb has been ticking away

Pensions are supposed to be one of the safest and most tranquil backwaters in the turbulent world of high finance. But, to the horror of savers relying on supposedly gold-plated final salary schemes for their retirement, a £1.5trillion time-bomb has been ticking away underneath their funds.

And the Bank of England and The Pensions Regulator, which should have been protecting their nest eggs, have stood by as the risks of an explosion mounted. They allowed some of the UK’s largest company pension schemes to engage in dangerous investment strategies that last week came within a whisker of blowing up the entire system.

The Government has borne the brunt of blame for the near-disaster. But the finger is also pointing squarely at the Bank of England, which was aware for several years of the lurking perils. Workplace retirement watchdog The Pensions Regulator also stands accused of inertia in the face of mounting risk.

The terrifying near-miss is another blow to the credibility of Bank of England Governor Andrew Bailey, who is already under fire for failing to act fast enough to curb inflation.

The mini-Budget was the immediate trigger for the threatened meltdown in final salary pensions. Spooked by the rise in borrowing, investors demanded higher rates of interest on UK Government debt, which they deemed to have become significantly more risky.

The deeper question is why regulators allowed pension funds to get themselves into such a precarious position in the first place. Specifically, why did the Bank of England stand idly by while funds pursued high risk investment strategies on such an epic scale? And why did The Pensions Regulator – whose chair was in one of her previous jobs a big player in the investments involved – sit on its hands?

The use of leveraged Liability Driven Investments (LDIs) was until a few days ago a deeply obscure practice.

Even many seasoned City professionals had never heard of them. They are built on layers of debt that, as we saw last week, can be as easily toppled as a house of cards.

This is what would have happened if the Bank of England had not intervened to avert a ‘doom loop’ – albeit one it should never have allowed to build in the first place.

This scenario did not arise out of the blue: the risks posed by LDIs have been known for years. One Dutch fund manager warned in 2019 they were a ‘terrible’ threat to the global economy.

Lord Wolfson, chief executive of fashion chain Next, alerted the Bank of England to the dangers of LDIs five years ago. He said he was bombarded with sales pitches by investment banks which stood to make lucrative fees. As a result of the Bank of England’s inaction at an earlier stage, it was forced to launch a bailout last week at a possible cost of £65billion, with taxpayers on the hook for the bill.

‘People have been warning about the risk,’ said former Pensions Minister Sir Steve Webb. He said the Bank of England should have been on top of the issue.’ Webb added: ‘It put the fire out but didn’t stop the fire from happening.’ The Bank this weekend attempted to sidestep responsibility by saying it is not the regulator of pension funds or LDIs. It is, however, charged with the stability of the financial system as a whole.

Pension fund trustees also face a reckoning. They are responsible for safeguarding members’ benefits, but have allowed LDIs and other derivatives to introduce more risk into their portfolios.

‘I can count on the fingers of one hand the number of trustees who understood the huge risks they were taking,’ said pensions expert John Ralfe. ‘They were egged on by investment advisers, who have made a fortune in recent years.’

The brush with catastrophe brings back uncomfortable memories: of the 2008 financial crisis, which exposed the use of dodgy derivatives, and of earlier pension scandals including Robert Maxwell.

The LDI debacle is dramatically larger than the Maxwell affair, when the late tycoon robbed Mirror Group Newspapers’ pension fund more than 30 years ago. The irony is that ever since Maxwell, huge efforts have been put into making pensions safer – but the risks have become higher than ever before. 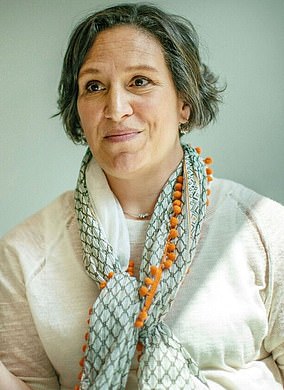 The chair of The Pensions Regulator, the watchdog that is supposed to protect workplace pensions, was a key promoter of the controversial schemes that almost blew up the financial system, The Mail on Sunday can reveal.

Sarah Smart was appointed last year and earns £73,840 in the lucrative two-day-a-week job, where she is responsible for safeguarding the nest eggs of millions of Britons.

In a previous job at insurance firm Standard Life, she had a senior role ‘developing and managing’ the Liability Driven Investment (LDI) products that prompted a multi-billion pound Bank of England bailout.

Last night Smart was accused by pensions experts of a potential conflict of interest. One said: ‘It’s going to be a bit difficult for her when an inquiry looks into what’s been going on.’

The Pensions Regulator said: ‘Sarah Smart worked at Standard Life 14 years ago, and for the last three years of her time there she was not working directly in LDI. There is no conflict of interest.’

The Department for Work and Pensions was contacted for comment.

When Smart was hired, Pensions Minister Guy Opperman said: ‘The chair is a vital part of The Pensions Regulator, providing effective oversight of this high-profile organisation and engaging and building positive relationships with stakeholders.’

A replacement for Opperman, who quit days after Liz Truss became Prime Minister, has yet to be announced.

Phew! Why your retirement income IS still safe

The Bank of England’s dramatic £65 billion intervention has removed the immediate threat to pensions. If the schemes that were affected run into difficulty, the employer is still responsible for paying out pensions, and if the firm becomes insolvent, there is a Pension Protection Fund that steps in.

How many were at risk?

Shouldn’t they be ultra-safe?

Indeed. That’s why the risks revealed are so shocking. As their name suggests, final salary schemes offer a retirement income linked to your pay when you leave work, guaranteed for life.

Pension fund managers are supposed to ensure they have enough in the pot to pay retired workers in the future. Among their assets are IOUs issued by the UK Government, known as gilts. These offer a fixed rate of return and can be bought and sold by investors. When the price of the gilts falls, the yield rises. Their value is influenced by how much faith investors have in the creditworthiness of the UK Government. The riskier they think the debt is, the higher the yield investors will demand.

As investors’ concerns mounted over the mini-Budget, they sold gilts. This caused yields to soar at an unprecedented rate in the normally sedate market.

I’m with you so far…

Good, because there’s more. Many pension funds use leveraged Liability Driven Investment (LDI) strategies. Simply put, the funds put up the gilts they own as collateral to borrow money, which they use to buy another investment.

They may repeat that process, and borrow again against the new asset, and repeat it several times.

But when, as happened last week, the price of gilts falls, the collateral is worth less. So lenders asked pension funds to stump up huge sums as additional security.

The speed and scale of the movements in gilt prices threatened to provoke a liquidity crunch, as the funds didn’t have the cash to hand, so were forced into a scramble to sell assets. Without intervention, it would have driven down gilt prices further and created a ‘doom loop’.

By stepping in and promising to buy up the gilts, the Bank has defused the ticking bomb.

How much of this went on?

LDIs have soared in popularity in recent years and now account for about £1.5trillion in assets held in people’s pension funds.

Did no one see the iceberg?

Regulators responsible for financial stability were repeatedly warned of the risks from leveraged LDIs – but did nothing.