Jamie Oliver could personally be pursued by banks and suppliers for millions of pounds in debt following the collapse of his restaurant empire.

The chef announced yesterday that his struggling eateries would finally close, with with 1,300 workers set to lose their jobs.

The decision to put the business into administration yesterday triggered the immediate closure of 22 restaurants, including 20 branches of Jamie’s Italian.

Major trouble for the empire first surfaced in 2017, when Oliver, whose is said to be worth around £150million, injected £12.7million of his own money into the business.

The firm also took out £37million in loans from HSBC and other companies as the empire struggled with debts of £71.5million and teetered on the edge of bankruptcy.

It is understood Oliver provided personal guarantees to the bank and food supplier Brakes, allowing them to pursue him over unpaid bills, according to the Telegraph.

A spokesman for Jamie Oliver declined to comment to MailOnline when asked about the personal guarantees given to HSBC and Brakes.

The 43-year-old, who has netted £240 million during 20 years in the public eye, said he was ‘devastated’ and ‘deeply saddened’ following yesterday’s announcement

He thanked staff and suppliers, adding: ‘I appreciate how difficult this is for everyone affected. It’s been a real pleasure serving you.’ 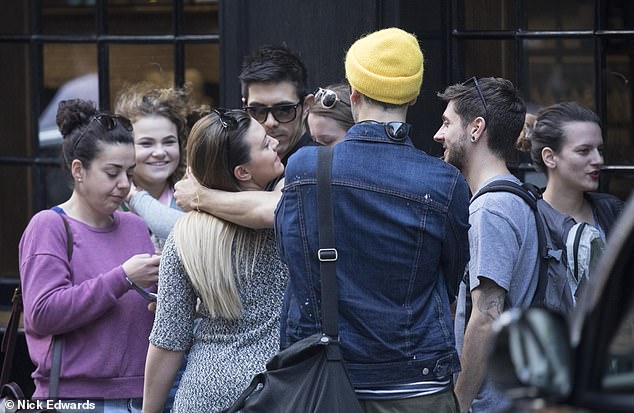 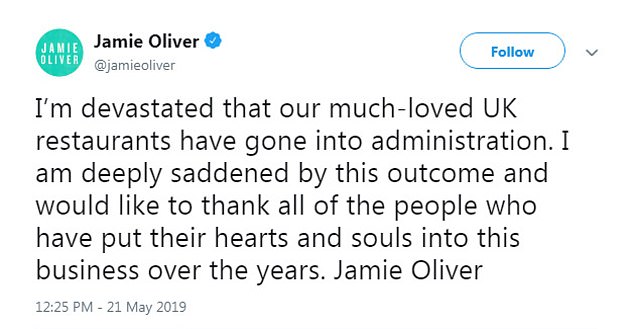 Oliver tweeted: ‘I’m devastated that our much-loved UK restaurants have gone into administration. I am deeply saddened by this outcome and would like to thank all of the people who have put their hearts and souls into this business over the years.’

Staff at Oliver’s flagship restaurant in Birmingham claim they were sacked by email just 30 minutes before the company announced it had collapsed.

One worker said: ‘I’m really angry because Jamie won’t be the one looking for a job and struggling to pay his bills, it’ll be poor saps like us who worked for him.’

Experts say the growth of takeaway apps, and a ‘saturation’ of food chains on Britain’s high streets contributed to eroding the company’s earnings.

The crumbling chain was also beset by a tide of poor reviews, including critic Marina O’Loughlin who in 2018 said she would have to be ‘paid to go back’.

2015: Jamie At Home, which contracted agents to sell his cookware range at parties, ceased trading after racking up losses. The company began in 2009, as part of the Jamie Oliver organisation, before being licensed to another firm in 2013, but shut up shop in 2015.

Chain was struggling with debts of £71.5m and teetered on the edge of bankruptcy before the chef injected his savings into the business.

The firm also took out £37m in loans from HSBC and other companies.

In 2017 he closed the last of his four his Union Jack Piazzas, in London’s Covent Garden.

2018: Jamie’s Italian shuttered 12 of its 37 sites, with the latter tranche executed through a Company Voluntary Arrangement (CVA).

He also came under fire for failing to pay suppliers after his upmarket steak restaurant Barbecoa crashed into administration, leading to the closure of its Piccadilly branch.

The restaurant in St Paul’s continued to trade and was bought out by a new company set up by Oliver, who was no longer legally liable for the debts.

2019: All but three of Jamie Oliver’s restaurants close after the business called in administrators, with 1,000 staff facing redundancy.

The chef himself previously blamed his empire’s parlous state on Brexit, as well as rental costs, local government rates and the increase in the minimum wage.

According to Companies House, his umbrella company Jamie Oliver Holdings Ltd turned over £32 million last year, a staggering £87,670 a day.

But Jamie’s Italian was on the brink of collapse two years ago with the chef revealing in an interview it had ‘simply run out of cash’ and run up millions in debt.

In February last year he closed 12 restaurants and put his company into a company voluntary arrangement, which is one step from insolvency.

Court documents revealed that at that point the group owed £41.5million to a huge number of creditors.

Despite his financial woes, Jamie recently splashed out £6 million on a 16th century Essex mansion, in a 70-acre estate, complete with ghost.

He’s reportedly planning to convert outhouses into a mega-kitchen from which he can film shows and hold his masterclasses.

He and Jools spent £8.9 million on a Grade II-listed mansion near Hampstead Heath, north London, in 2016, and spent two years renovating it.

It boasted seven bedrooms, an open-plan kitchen with cream Aga, a grand piano and a Louis XV-style bed worth £2,200, it’s certainly impressive.

The Olivers have fitted the house with some quirky features, including a wood-fired pizza oven, a treehouse bed and a vegetable patch for the children.

Jamie hired his brother-in-law, Paul Hunt, married to his sister Anna-Marie, to run Jamie Oliver Ltd in 2014 — and last year Hunt assumed responsibility for the restaurants, too.

But some of his methods — such as making staff redundant over Christmas and cutting ties with Jamie’s friends and culinary mentors — have led to a reputation for ruthlessness.

Last year, an anonymous insider described him as an ‘arrogant, incompetent failure’ who was ‘running the business into the ground’.

Jamie rebutted the claims, saying the story was ‘nonsense’ and that Paul was ‘a loyal brother-in-law and loving father as well as a strong and capable CEO’. 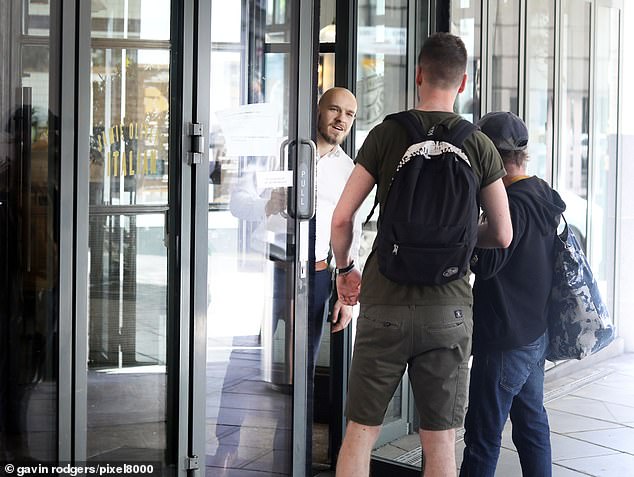